The RBI proposes tighter rules for NBFCs and wants them classified into four categories. This is crucial for fiscal steadiness and to bring back confidence and will ensure that larger players will be screened just like banks. 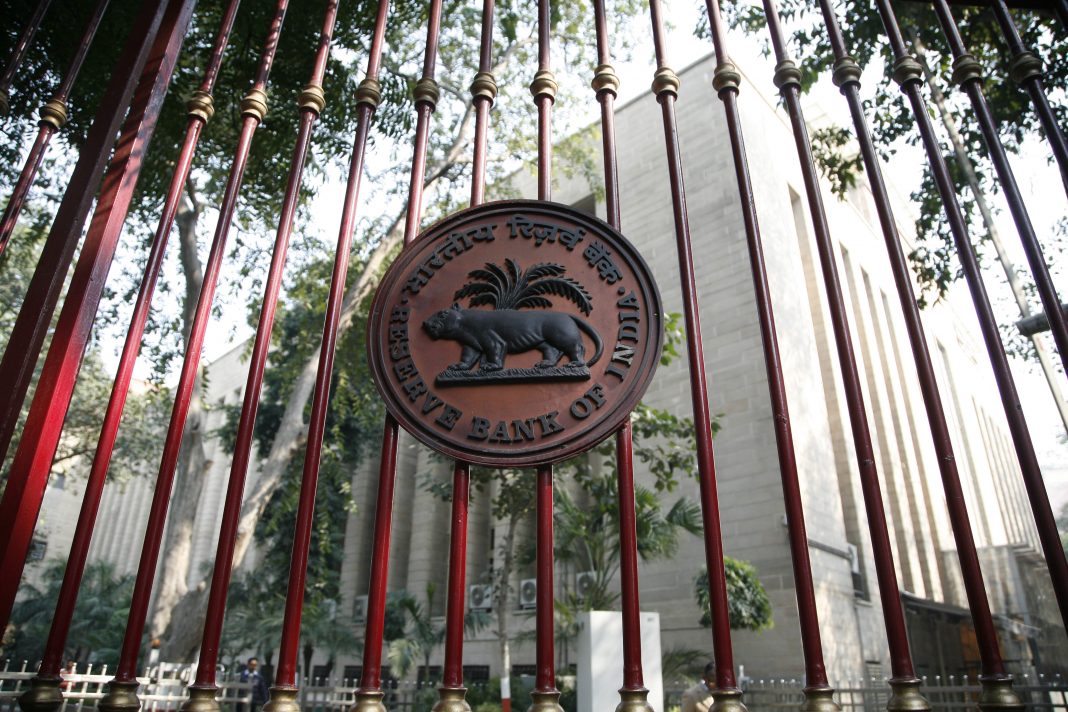 Non-Banking Financial Companies (NBFCs), due to their magnitude, intricacy and interconnectedness, are systematically becoming important. But they are also the greatest debtors and procured more than 50 percent of their funding from scheduled commercial banks. Due to the strain in the banking sector and the interconnections between NBFCs, banks, stock markets and other monetary units, the RBI has sought to reassess NBFCs’ governing framework.

In January 2021, an RBI discussion paper called “Revised Regulatory Framework for NBFCs a Scale Based Approach” mentioned that the framework could be envisaged as a pyramid. NBFCs can be classified into four categories Base Layer (BL), Middle Layer (ML), Upper Layer (UL) and a possible Top Layer (TL). The paper contains rules about capital requirement, concentration norms, governance rules and disclosure obligations for each layer. The RBI has recommended stringent standards and the formation of a multi-layer model to safeguard financial solidity and diminish systemic hurdles.

Although there will be minimum controlling interference for NBFCs in the Base Layer, as one goes up the pyramid, the regulatory system will get harder and stricter. The framework proposes to stipulate bank-like protocols for the top 25-30 NBFCs in India. To facilitate the NBFCs to design a plan for execution, a time-period of eight weeks will be offered. According to the RBI, within this time, the NBFCs should put in place a board-authorised strategy for implementation of the supervisory outline and they will be subject to obligatory listing requirements.

In the last five years, the size of the balance sheet of NBFCs has more than doubled from Rs 20.72 lakh crore (2015) to Rs 49.22 lakh crore (2020). Due to this progress, the RBI has proposed a stiffer monitoring plan for the sector.

As per the RBI paper, the nature of activity of the NBFCs will be the base for determining the various layers. Therefore, the Base Layer will consist of those categorised as non-systemically important (NBFC-Non deposit taking), besides Type I NBFCs which do not have access to public funds or customer interface, peer to peer lending platforms (NBFC P2P), Non-Operative Financial Holding Company (NOFHC), Account Aggregators (NBFC-AA) and those up to Rs 1,000 crore (raised from Rs 500 crore) asset size. Around 9,209 NBFCs will be in the BL. Low-level admission spot norms increase the likelihood of failure. This results from weak governance of non-serious players. The RBI intends to amend these norms from Rs 2 crore to Rs 20 crore and suggested regularising the existing non-performing asset grouping norm of 180 days to 90 days for NBFC-BL. The RBI mentioned that these NBFCs don’t pose any systemic risk on account of their activities and hence, can be controlled comparatively lightly.

Coming to the Middle Layer, it contains NBFCs which are grouped as Non-Deposit taking-Systemically Important (NBFC-ND-SI), Deposit taking NBFCs, Housing Finance Companies, Infrastructure Finance Companies, Infrastructure Debt Funds, Standalone Primary Dealers and Core Investment Companies. Although no amendments are prescribed in the capital requirements for NBFC-ML, the RBI has mentioned that their exposure limits may be altered from Owned Funds to Tier I capital, as is presently relevant for banks. The existing credit concentration limits suggested for NBFC-ML for their advancing and investment can be combined into a single exposure threshold of 25 percent for the single borrower and 40 percent for a group of borrowers attached to the NBFC’s Tier 1 capital.

Bearing in mind the misuse of the system by NBFCs in Initial Public Offer (IPO) financing, the discussion paper recommended a top limit of Rs 1 crore per individual for any NBFC. However, they are allowed to choose more conservative bounds. Further, a sub-ceiling within the commercial real estate exposure limit should be set inside for funding land purchase. As per the paper, a few curbs are extended to NBFCs in ML, including not permitting them to offer finances to corporate entities for buy back of shares or securities. Also, rules on sale of strained assets by NBFCs will be altered on the same lines as that of banks. The framework proposed that NBFCs with ten and more branches shall compulsorily be required to embrace Core Banking Solution. The paper suggested an unchanging term of three successive years for statutory au­ditors of the NBFC and an autonomous Chief Compliance Officer should be employed.

The Upper Layer will be a new layer for regulation and consists of NBFCs which are recognised as systemically significant and invite a new supervisory framework. This layer will have NBFCs which have a large capacity of systemic spill over of risks and can influence fiscal constancy. It is projected that a total of not more than 25-30 NBFCs will fill this layer and the monitoring structure will be bank-like with proper adjustments.

It is likely that Common Equity Tier (CET) 1 capital could be announced for NBFC-UL to improve the worth of regulatory capital and it is advised that CET may be stipulated at 9 percent within the Tier I capital. With an intention of tweaking the regulatory charter for NBFC-UL, the paper recommends that NBFCs in this layer should be imposed a differential normal asset provisioning at par with banks. As a result, the top NBFCs will move to distinguished standard provisioning norms as against the fixed 0.4 percent on par with banks. Consequently, NBFCs with greater exposure to commercial real estate may have to carry upper provisioning.

Considering the ability of NBFCs in this layer to produce systematic risks, the RBI feels that the governing outfits can be adjusted at par with private banks and should be subject to the obligatory listing condition and follow disclosure requirements and listing obligations.

This layer will be formed based on a variety of factors such as size, inter-connectedness, intricacy and managerial inputs which includes type of liabilities, group structure and segment penetration. A 35 percent, 25 percent, 10 percent and 30 percent weightage respectively will be given to these parameters. As per the RBI, the top ten NBFCs such as Bajaj Finance, LIC Housing Finance, etc., will spontaneously fall in this class. They will also have to obey the leverage requirement (LR). The leverage ratio is calculated as Tier 1 capital divided by the bank’s exposures and therefore an increase in exposure would lead to a reduction in LR. The RBI proposes an appropriate limit to be laid down for this layer.

As for the Top Layer, it will remain vacant presently. Careful administrative decision may push a few NBFCs to this layer from the upper layer for superior control or supervision. Thus, if there is a systemic risk observed from particular NBFCs in the UL, the RBI can force them to enter the TL.

The RBI’s attempt to constrict inspection of large NBFCs is crucial for fiscal steadiness. This will ensure that larger players will be screened just like banks. This could be the biggest refurbishment of the governing structure for such finance companies in over 20 years, if executed effectively.

Easier and liberal regulations have given NBFCs the elasticity to meet a series of financial requirements such as housing loans, micro finance and huge infrastructure plans. As a result, the sector has witnessed tremendous growth. However, it has also manifested a systemic risk and this is visible when one of the major infrastructure investment-centred NBFC players, IL&FS, tottered in 2018, with its payment evasions leading to disaster for the whole sector.

Due to this, NBFCs could not get funds easily and had liquidity burdens which worsened solvency concerns in some cases.

Therefore, the RBI’s planned supervisory action is welcome and shows a need to be nimble and reduce risks with a four-tiered regulatory outline. Due to stress in the banking sector over the past two years, an all-inclusive reboot of the supervision system for NBFCs is essential to bring back confidence and preserve financial solidity. It is hoped the blueprint for supervision of NBFCs is sanctified soon. This would guarantee that economic retrieval is not hindered by funding restraints.

Even though the proposal is positive for the sector, better implementation will ensure an efficient outcome. So the RBI needs to improve its supervision competences and nip in the bud the extreme interconnectedness between NBFCs and banks, which is the root cause of many problems.

Did you find apk for android? You can find new Free Android Games and apps.
Share
Facebook
Twitter
Pinterest
WhatsApp
Previous articleAllahabad HC: Purpose of imposing Section 125 of CrPC is to provide relief to women, children and elderly
Next articleAmazon vs Future: Delhi HC seeks response over Amazon’s plea for halting Future-Reliance deal