Extradition: A powerful tool, but handle with care

As diamond merchant Nirav Modi faces extradition from the UK on February 25, the fact is that India has not had much success in this sphere. With Vijay Mallya too facing extradition, the issue is a complex one. 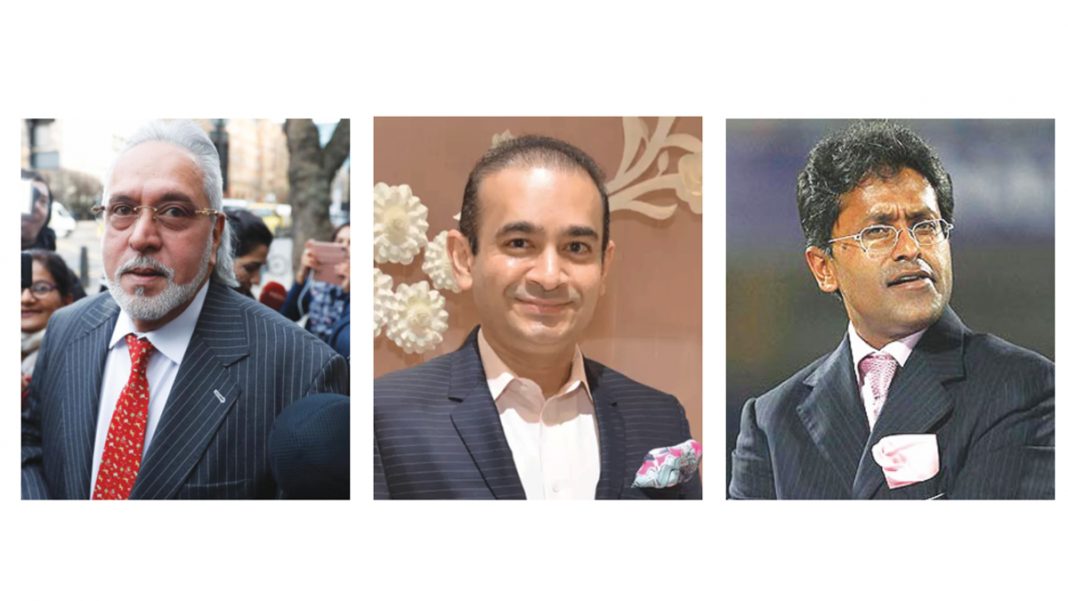 Judgement day for wanted diamond merchant Nirav Modi is on February 25, 2021, when it will be decided by a UK court whether he can be extradited to India to face charges of fraud and money laundering in relation to a Punjab National Bank scam. This is a good time to look at the issue of extradition and examine its pros and cons.

Extradition is the formal process of one state surrendering an individual to another for prosecution or punishment for crimes committed in the requesting country’s jurisdiction. It is typically enabled by a bilateral or multilateral treaty. Some states will extradite without a treaty, but those cases are rare.

Extradition is founded on the broad principle that it is in the interest of all civilised nations that criminals should not go unpunished. Another reason why extradition is important is the deterrent effect a criminal cannot escape punishment by escaping to another country. Extradition lends itself to the notion of genuine international co-operation. It’s based on reciprocity. The State on whose territory the crime has been committed is in a better position to try the offender because evidence is more freely available there.

The earliest known diplomatic document that contains an extradition provision (in this case, for reciprocal rendition of fugitives) was the Treaty of Peace between Ramses II, Pharaoh of Egypt, and the Hittite King Hattusili III. The extradition system evolved in Europe from the 18th century onwards. “When the “nation-state” evolved, the sovereign continued to desire the rendition of criminals and, frequently, “political” offenders. As modern theories of criminal science evolved, so did theories of extradition. The notion that the relative power of sovereigns required the extradition of fugitives gave way to the view that natural right and justice required extradition.

Extradition today is usually based on the existence of a treaty. But it can also take place without one. In 1872, the French minister of justice provided explicit recognition of the authority to extradite in the absence of any treaty when he issued a “circulaire”. This allows extradition to be granted without a treaty on the basis of reciprocity.

The Supreme Court in the famous case of United States vs Rauscher (1886) held that apart from the provisions of treaties on the subject, there exists no well-defined obligation on one independent nation to deliver to another fugitives from its justice although such delivery has often been made.

Sometimes, extradition works well to keep dangerous individuals away from the world as long as possible. A case in point is Rendon-Herrera, “the most feared narco-terrorist in Colombia”. Rendon-Herrera was extradited to the US in 2018 from Colombia, where he had been in custody since 2009 and was sentenced to 20 years for homicide, forced disappearance, torture, kidnapping and drug trafficking. As Don Mario continued to run the drug cartel from behind bars, Colombia’s president Juan Manuel Santos agreed to extradite him to the US. Before he was in custody, Rendon-Herrera was famous for his designer suits, new Rolex watches every day and lighting his cigars with $100 bills, the New York Post reported. US Attorney Richard Donoghue said they were “committed to cooperating with our international partners to dismantle illicit organisations like Clan Usuga and stem the destructive effects wrought by this violent armed criminal group”.

Historically, India has not had success extraditing fugitives from the UK. Both countries entered an extradition treaty in 1992. However, between 1992 and 2016, India has successfully got extradited only one (out of 23 requests) from the UK: Samirbhai Vinubhai Patel in 2016 for murder. Vijay Mallya has recently been ordered by the UK courts to be extradited to India. However, on January 24, 2021, his lawyer told the High Court of London that he has applied for “another route”. Mallya is currently on bail in the UK and faces charges of defrauding Indian banks with regard to his defunct Kingfisher Airlines.

Extradition has become increasingly important in combating transnational criminal organisations, including those involved in terrorism, counterfeiting, drug trafficking and cybercrime.

However, sometimes extradition does not work. In some nations, there are no extradition treaties. This means that a person convicted of a crime in one country does not have to be returned there to face trial or punishment. Even in nations with treaties in place, geopolitical issues can lead to disputes over extradition.

For example, there are countries with extradition treaties with the US, who are known for refusing extradition requests. They are Ecuador, Cuba, Bolivia, Nicaragua, Iceland, Switzerland, Venezuela and Zimbabwe. Edward Snowden, a former CIA employee and an American whistleblower who leaked highly classified information from the National Security Agency in 2013, fled to Russia. US authorities asked Russia to extradite him. However, Russia had proposed a treaty with the US asking for the mutual extradition of criminals. This was not acceded to by the US.  In a classic case of tit-for-tat, because the US never extradited any Russian criminal who took asylum there, Snowden’s extradition is unlikely.

Sometimes, domestic laws make extradition impossible. For instance, even though the US has an extradition treaty with Japan, most extraditions are not successful due to Japan’s domestic laws. For the US to be successful, it must present its case for extradition to the Japanese authorities. However, certain evidence is barred from being presented in these proceedings such as the use of confessions, searches or electronic surveillance. In most cases involving international drug trafficking, this kind of evidence constitutes the bulk of evidence gathered in the investigation of a suspect for a drug-related charge. Therefore, this usually hinders the US from moving forward with the extradition of a suspect.

Several countries do not subscribe to extradition of their own nationals. For instance, extradition law in China is the formal process by which a fugitive found outside the country’s jurisdiction is surrendered to the jurisdiction where an alleged offence has taken place for trial or punishment under Chinese law. China does not allow the extradition of its own nationals. The position is similar in Indonesia, Bangladesh, Russia, Vatican City and over 70 other countries.

Extradition is often used as a bargaining chip. Beijing introduced a security law at the end of June, creating new offences which could see Hong Kong residents sent to mainland China for trial. Critics fear this could lead to pro-democracy protesters in Hong Kong receiving life sentences. Unhappy with outside interference, China has decided that the Hong Kong special administrative region will suspend its agreements of surrendering fugitive offenders and of mutual assistance in criminal matters with Canada, Australia and the UK.

The three countries, along with New Zealand and the US, are part of the so called Five Eyes intelligence alliance. The US has signalled it plans to suspend its extradition treaty with Hong Kong. The UK and others fear the new arrangement could see anyone extradited to Hong Kong from their territory being subsequently sent to China.

Extradition is thus open to suspension, and there is the dual criminality requirement which means the crime has to be one in both jurisdictions. Typically upon receipt of an extradition request, a judge will consider the following: dual criminality and if any extradition objections exist. Australia will refuse extradition if, for example, a person has already been punished for the offence or is unlikely to receive a fair trial if extradited. Also, the country will often consider whether a person will face execution if extradited.

In India, extradition requires prima facie evidence. The Extradition Act 1962 provides stipulated offence, the dual criminality requirement, a prima facie case, the rule of speciality and a fair trial under human rights laws. The rule of speciality is a principle of international law included in most extradition treaties whereby a person who is extradited may be tried only for the specified offences and not for any others. India will extradite its own nationals on the basis of reciprocity.

If the other treaty State does not extradite, India also bars extradition of its own nationals. There are several countries to which extradition of Indian nationals is barred by the bilateral extradition treaty. These include France, Germany, Spain, Russia, Turkey and several others.

In WikiLeaks founder Julian Assange’s case, it was decided that extradition to the US would not be permissible owing to his severe mental health. Assange spent almost seven years inside the Ecuadorian embassy in London. His extradition to the US has been blocked by a UK judge, and this has been cited by Nirav Modi’s barrister Clare Montgomery, as also Article 3 of the European Convention on Human Rights (ECHR) 1950 to protect him from torture or inhuman treatment. Mallya too is understood to have sought asylum in the UK under Article 3 of the ECHR, which prohibits “inhuman or degrading treatment or punishment”.

“Extraordinary rendition” is an extrajudicial procedure in which criminal suspects, generally suspected terrorists or supporters of terrorist organisations, are transferred from one country to another. The procedure differs from extradition as the purpose of the rendition is to extract information from suspects, while extradition is used to return fugitives so that they can stand trial or fulfil their sentence. The CIA allegedly operates a global extraordinary rendition programme, which from 2001 to 2005 captured an estimated 150 people and transported them around the world. Extradition is arguably a more legitimate transparent procedure.

While extradition helps governments bring back criminals, there is no guarantee that countries will work harmoniously. There are also concerns about political prisoners being extradited. There is no easy answer here for an interconnected world extradition is a powerful tool and one to be handled with care.

—The author is a barrister-at-law, Honourable Society of Lincoln’s Inn, UK, and a leading advocate in Chennai. Research assistance from Jumanah Kader and Tarun M

Did you find apk for android? You can find new Free Android Games and apps.
Share
Facebook
Twitter
Pinterest
WhatsApp
Previous articleDomino effect: Farmers’ protest has led to many cases, lawsuits
Next articleKoo or No Koo: Personal Data Protection Bill is the answer