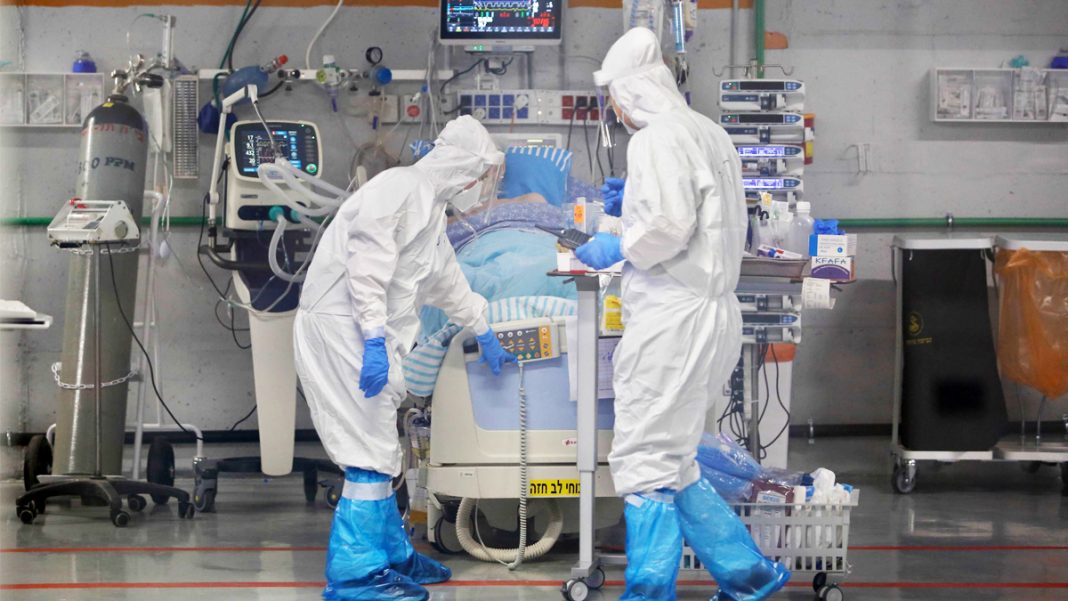 In a laudable order, the Delhi High Court has asked 33 private hospitals to reserve 80 percent of ICU beds for coronavirus patients. It vacated an earlier stay, noting that the ground reality had “radically changed”.

A division bench of the Delhi High Court on November 12, 2020, vacated an order that had stayed the Delhi government’s direction to 33 private hospitals to reserve 80 percent ICU beds for Covid-19 patients.

The order by Justices Hima Kohli and Subramonium Prasad in Government of NCT of Delhi through Director General Health Services versus Association of Healthcare Providers (India) & anr., came as relief to the Delhi government, which on September 12, 2020, had issued a direction to these hospitals to reserve 80 percent of ICU and High Dependency Unit (HDU) beds for Covid-19 patients with immediate effect.

Being aggrieved by the direction, the Association of Healthcare Providers (India) filed a writ petition before a single judge bench of the Delhi High Court. The Court on September 22, 2020, had stayed the operation of the September 12 direction of the state government and also said that if some non-Covid-19 patients were admitted in more than 20 percent of the ICU/HDU beds, then on their being discharged, these beds should be kept reserved for Covid-19 patients only. The said hospitals have also been permitted to temporarily increase their total bed capacity (non-ICU) up to 30 percent. Being aggrieved by the stay order of the Court, the Delhi Government filed an appeal and the two judge bench then vacated the stay order.

Additional Solicitor General (ASG) Sanjay Jain, appearing for the Government of National Capital Territory of Delhi, stated that Covid infections in Delhi had become critical in recent days, though it may not have been so bad when the order of September 12, 2020, was issued. He said that as infections had touched 8,573 cases on November 11, 2020, it was imperative that 80 percent of the total ICU/HDU beds be reserved for these patients in 33 private hospitals, listed in Annexure-A to the Delhi government order of September 12, 2020.

Senior Advocate Maninder Singh, who represented the Association, submitted that out of 1,742 ICU beds available, the 33 private hospitals have on their own dedicated 1,238 ICU beds for Covid patients. He drew the attention of the Court to Annexure A-10 filed by the Delhi government, which is a tabulated statement of the number of such beds in these private hospitals.

He said that as per the Delhi government, only 1,841 ICU beds were collectively available in the 33 hospitals and 80 percent strength of these beds came to 1,515 beds. Going by the total number of 1,238 ICU beds that have been directed to be reserved for Covid patients, the 33 hospitals have collectively dedicated 67 percent of ICU beds exclusively for them.

After hearing all the submissions, the Court stated that the spread of Covid and hospitalisation of such patients in Delhi was fairly dynamic. It said that the government must keep a finger on the pulse of the city to be able to deal with the situation effectively. Given the fact that there had been a sea change in the ground reality when the impugned order of September 12 was issued by the Delhi government, a time when the number of cases was hovering around 3,000 to 4,000 per day, the cases had more than doubled and it was expected that the government would keep abreast of the situation and monitor it closely.

During the hearing, the Court specifically enquired from Jain whether the Delhi government has appointed nodal officers in each district where these 33 hospitals were situated so that they could be in constant touch with the hospital managements to assess the availability of ICU beds. If a complete network would have been created, then the nodal officers could have co-ordinated between the government and the hospital managements to monitor the required ICU beds needed on a day-to-day basis.

The Court held that the blanket order passed by the Delhi government three months ago, which directed reservation of 80 percent of ICU/HDU beds for Covid patients, may not have been in the best interest of non-Covid patients seeking critical care and emergent attention.

The Court also enquired from Jain whether the Delhi government’s think tank had applied its mind to the above aspect so that it could come up with a practical solution without the intervention of the Court. Jain stated that on instructions from Udit Rai, Special Secretary (Health), Delhi Government, 33 nodal officers were appointed to co-ordinate with each of the hospitals and one officer was appointed in each district of Delhi to collectively report to the Special Secretary (Health), Delhi Government, on a daily basis.

After hearing the submissions of Jain, the Court said that if there was such a team of officers available, then the nodal officers ought to have been empowered to relax the norm of 80 percent blocking of ICU beds in the case of each hospital if a non-Covid patient needed an ICU bed. At the end of the day, no person suffering from a health emergency should be made to run from pillar to post if there was an ICU bed available in a particular hospital.

Jain stated that the data collated by the Delhi government showed that the occupancy strength of even 20 percent of ICU beds segregated for non-Covid patients is only to the extent of 75 percent and therefore, the anxiety of the Association was completely misplaced. This was disputed by Maninder Singh who submitted that the figures quoted by the appellants went against the submission made.

After the submissions, the Court held that in view of the present situation where Covid cases were spiralling daily and the ground reality was radically different from the order passed on September 22, this order ought to be vacated.

So now, 33 private hospitals in Delhi have to reserve 80 percent of the total ICU and HDU beds for Covid patients.