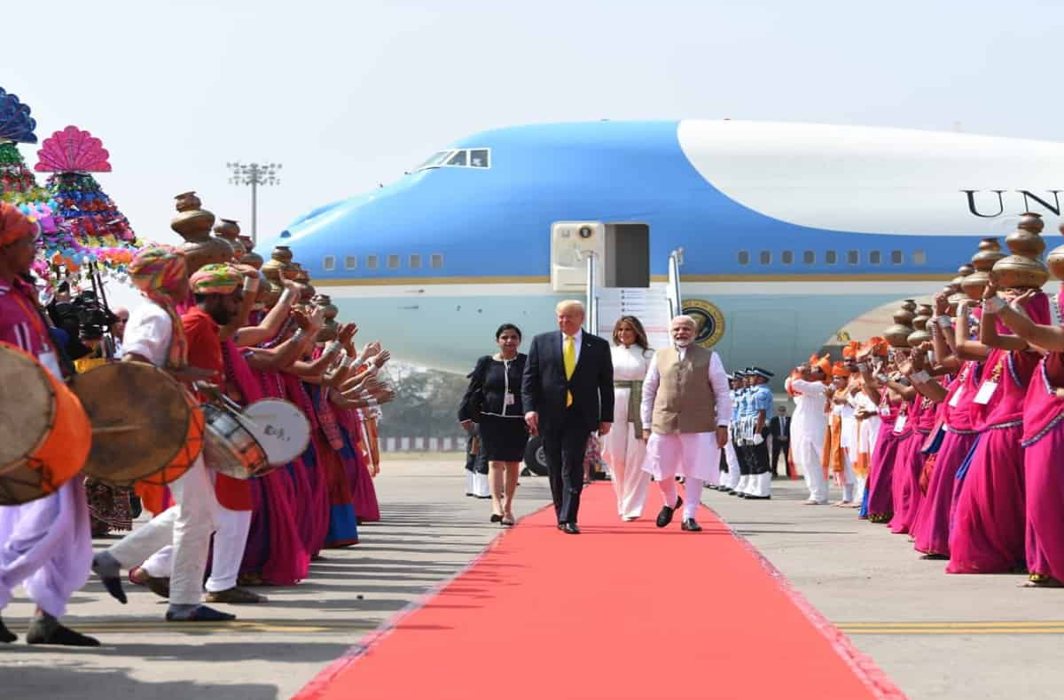 Why do we in India make such an extravagance about visiting VIPs? The expensive—and expansive—welcome for visiting President Donald Trump may seem excessive, even for “a good friend” and the most powerful man in the world, but we do tend to take “Atithi Devo Bhava’ (loosely translated as Guest is God) a little too seriously. In India, for a VIP like Trump, roads are blocked hours in advance, policemen line the entire route, normal traffic comes to a standstill (God forbid if anyone has a medical emergency on the route) and the prolonged blockades are now so normal that no one complains. Such welcome is rarely reciprocated. Every country has its own protocol for visiting VIP and having been part of a number of visits abroad by Indian Prime Ministers, I can testify that things are quite different when the process is in reverse. I remember being in an official motorcade as part of the media team accompanying then Prime Minister Rajiv Gandhi in Bonn when we suddenly stopped. After a few minutes, the motorcade resumed and I realized we had stopped for a red light! This despite having a police escort up front. In Washington, I was in a similar motorcade with him en route to Capitol Hill where he would deliver his famous “I am young, I have a dream” speech. I was amazed at how efficiently the Washington traffic cops handled the protocol, ensuring the motorcade proceeded smoothly but without any discernible hold-ups for normal commuters. It was, I found out later, a combination of CCTV cameras connected to the traffic lights which was tracking the motorcade and ensuring that traffic lights went to green when the motorcade approached. That was also in evidence during Narasimha Rao’s visit in 1994 which I covered as well as a reporter for India Today.

The only time when streets are closed to normal traffic is during the annual General Assembly week in New York, and these are mostly the ones leading to the UN building. On some streets, parking is banned while all have a single lane free for emergency vehicles. New Yorkers are constantly briefed by traffic police on the streets to be blocked or restricted and consequently, the city witnesses a surge in commuters using the underground metro service over that week. The difference is so stark and obvious during an Indian prime minister’s official visit to Moscow or Beijing. Moscow has wide roads with clearly designated lanes for VIP traffic right in the middle which no private vehicles or public transport is allowed to use. Indian drivers with their lack of discipline and tendency to skip lanes at will, could find themselves in Lubyanka prison with no questions asked if they cross that red line. China is pretty much the same, with VIP guests being given a free ride, literally, thanks to stern faced traffic cops who divert or halt traffic to allow VIP motorcades to pass. We drove in newly elected PM Rajiv Gandhi’s motorcade from Beijing to the Great Wall, normally a two hour drive, in just over an hour thanks to motorcycle escorts and alert traffic cops. The best thing about being part of a VIP motorcade, whether roads are blocked or not, is that there’s no chance of you missing the flight back home.