A controversial mutt ritual near Trichy has been banned for being “a violation of human rights”. Similar rituals in other places in India have stirred controversies and courts have had to step in to restore order. 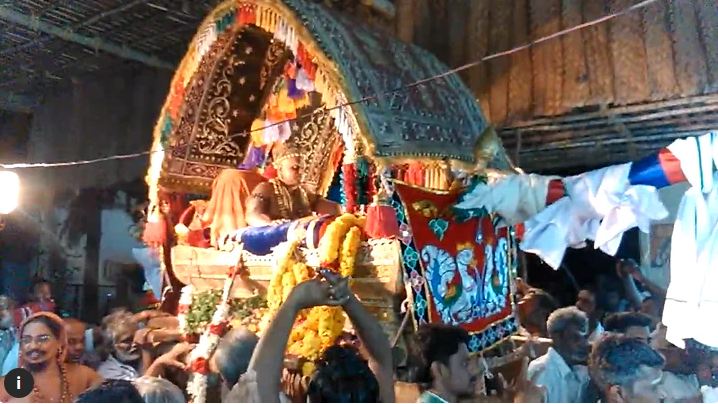 No other culture in the world has the variety of weaves that India has and ensuring that this variety coexists and makes a beautiful tapestry is not easy. The Indian Constitution has time and again taken up the daunting task of demarcating the secular domain from the religious one, but more often than not, courts have been called upon to resolve various issues that arise due to the clash between religious rituals and human rights.

Even though courts have tried to formulate standardised and clear-cut definitions of many notions such as religion, custom, usage and ritual in order to make them manageable within a legal context, litigation and discontent on these issues is unavoidable looking at the cultural diversity in India.

Time and again, courts have been called on to ascertain what is essential and integral in a religion and what is conversely non-essential. Court decisions have been wide ranging and although different judgments may hold different opinions, most tend to view religion from an idealist perspective. A practice that finds no mention in religious tenets is usually termed as non-essential and even superstitious and therefore, amenable to courts’ reformist action.

As far as religion is concerned, the Preamble to the Constitution ensures all citizens the liberty of “thought, expression, belief, faith and worship”; and Article 25 (1) stipulates: “Subject to public order, morality and health and to the other provisions of this Part, all persons are equally entitled to freedom of conscience and the right freely to profess, practice and propagate religion.”

This individual character of religious freedom has also been developed over a period of time in courts of law. The apex court has held in the Shirur-mutt case: “A religion may not only lay down a code of ethical rules for its followers to accept, it might prescribe rituals and observances, ceremonies and modes of worship which are regarded as integral parts of religion, and these forms and observances might extend even to matters of food and dress.”

Thus, it can be said that religious freedom extends far beyond the individual’s conscience, and concerns public space, however limited it may be by considerations of “public order, morality, and health”. Over a period of time, courts have had to undertake the daunting task of defining the legal boundary between the religious and the secular.

The Constitution has placed upon the State the duty of providing for social welfare or reform and as a consequence, religious freedom is subject to the other fundamental rights of an individual. As N Bhagwati, chief justice of India from 1985 to 1986, stressed: “It was necessary to bring about social reforms with a view to lifting India out of medievalism, obscurantism, blind superstition and anti-social practices.” For this, “the secular State had to perform this historic function of confining religion to its essential sphere” and “the Indian Constitution had, therefore, to accord to the state power to interfere with freedom of religion”.

The Punjab and Haryana High Court in Rattan Singh and ors (1951) had to deal with a conflict between bareheaded devotees and those covered in a temple which the Lahore High Court had previously (1936) declared not to be a Sikh Gurdwara. Bare­headed devotees complained they were prevented by the covered ones from entering the mandir and worshipping there. The High Court, quoting precedents, underlined the general principle, according to which, the right to worship a deity according to one’s own belief is of a civil nature. The judge decided in favour of the plaintiffs because, according to him, coming bareheaded could not be seen as affecting others’ right to worship.

The Allahabad High Court in Syed Farzand Ali (1980) ruled that Muslims of the Ahl-i-Hadith tradition had the right to speak the word “Amen” aloud in response to the prayer leader in mosques of the Mathura district without being hindered by Muslims of the Hanafi tradition who tried to oppose this practice.

These decisions prove that the margin between legitimately deciding on religious issues vis-à-vis unduly interfering in them is extremely narrow and requires careful consideration.

In a recent case, the police registered a complaint against Sree Devi Vilasam Hindu Matha Convention for allegedly conducting a ritual called “Chooral Muriyal” involving children in connection with the Kumbha Bharani festival at Chettikulangara Devi temple near Mave­likara in Kerala. In this ritual, young boys are adopted and either sides of their midriffs are pierced and gold strings passed through their piercings. One end of the thread is tied around the neck. Later, children with painted faces are taken in a procession to the temple and made to dance. In the end, the gold threads are pulled out and offered to the deity along with drops of blood on it, in a symbolic sacrifice. This practice was banned by the Kerala State Commission for Protection of Child Rights in 2016 and the Kerala High Court observed that children should not be subjected to any form of torture in the name of such ceremonies. When the ceremony was held despite the ban being in place, the police were forced to interfere and register a case.

The most discussed of all was the Sabarimala Temple case wherein women of “menstruating age”—between the ages of 10 and 50—were barred from entering it. Menstruating women were neither allowed to participate in religious rituals nor enter temples, as they were considered “unclean”. The Supreme Court in its ruling said that women can no longer be barred from entering the Sabarimala Temple which is considered to be one of the holiest for Hindus. The ruling came after a petition argued that the custom was violative of gender equality.

While most Hindu temples allow women to enter as long as they are not menstruating, the Sabarimala Temple was unusual in that it was one of the few temples that doesn’t allow women in the broad age group of 10-50 years to enter. In the judgment, the then Chief Justice Dipak Misra went on to say that “religion is for one dignity and identity”. He added that “the right to practise religion is available to both men and women”.

Strangely enough, Indu Malhotra, the only woman judge on the bench hearing the case, dissented with the majority verdict saying: “Issues of deep religious sentiments should not be ordinarily interfered by the court… Notions of rationality cannot be invoked in matters of religion.”

This judgement did not come as a surprise, as in the previous two years, courts had also unlocked the gates of the Shani Shingnapur temple and Haji Ali mosque for women. Chief Justice Dipak Misra had also previously questioned the validity of the practice, saying that as God does not discriminate between genders, who are we to do that? This judgment was a sharp rebuke to the Sabarimala Temple chief who had said that he would allow women to enter the shrine only after a scanner was invented to detect if they were “pure”, meaning they weren’t menstruating.

The latest in this line of controversies is the ban order imposed by the administration against a mutt ritual in Mayiladuthurai near Trichy, with rationalists and Hindutva groups taking positions on either side. The “Pattina Pravesam” is a ritual that is held by the Dharmapuram mutt wherein the devotees carry the dharmapuramadheenam or the chief of the mutt, on a silver palanquin.

K Veeramani, president of the Dravidar Kazhagam (DK) party, protested, and the police was asked to stop the ritual that is scheduled on May 22. The ritual has been called “a violation of human rights” and questions have been raised on why somebody had to be carried in a palanquin. Activists and rationalists have sought for the practice to be abolished like in the case of hand-pulled rickshaws.

Meanwhile, the chief of another mutt, Madurai Adheenam, Shri La Shri Harihara Shri Ghanasammantha Desika Paramacharya Swamigal, reportedly urged Tamil Nadu Chief Minister MK Stalin to lift the ban and allow the centuries-old tradition to be continued, else he would shoulder the palanquin himself at Dharmapuram.

India is known to be the cradle of the human race and is replete with various customs and traditions. Over time, they may have become tools for exploitation for some people. But we must learn to weed out corrupt practises and get the best of both worlds. But this can happen only if Indians learn to be tolerant. Tolerance is not only a religion, but a civic value, but one that is at a premium nowadays.

The writer is Advocate Supreme Court of India