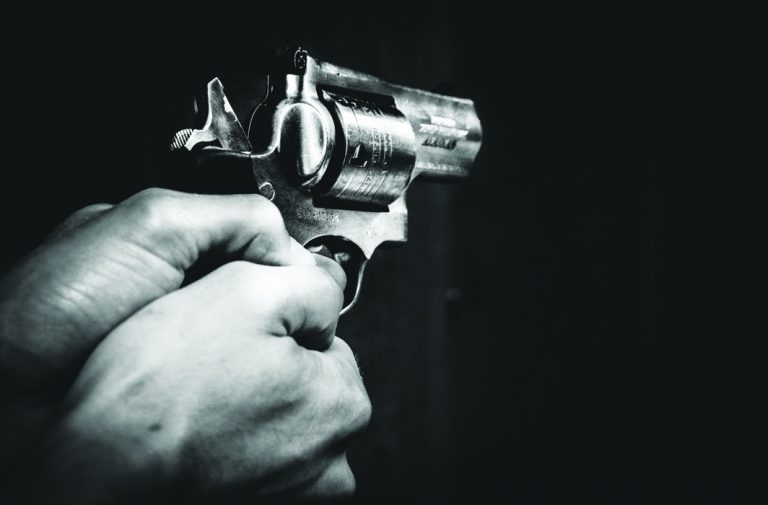 Above: Criminal intimidation remains non-bailable in certain states, bailable in others

While I have the highest respect for the Supreme Court of India, I feel that the court might want to revisit a particular judgment. The reference (see Box) is a notification issued prior to the coming into force of the Criminal Pro­cedure Code, 1973, by virtue of Section 10 of the Criminal Law Amend­ment Act, 1932. The question that was raised was whether the said notification could be enforced even after the enactment of the new code.

The apex court relied on Section 8 of the General Clauses Act (section detailed later) and overruled the decision of the Goa bench of the Bombay High Court, arguing that the notification was saved by this section.

That notification said that Section 506 (Part II) (see adjacent box) of the Indian Penal Code would be treated as non-bailable and cognizable in Goa. There are similar notifications issued in other parts of India, such as Greater Mumbai, before the enactment of the CrPC 1973. This judgment is important, because it touches on personal liberty. The very registration of an FIR and arrest depends on the interpretation of the situation.

Section 8 of the General Clauses Act does apply to a situation of this kind and it keeps all prior notifications issued alive, even notifications under Section 10 of the Criminal Law Amendment Act, 1932 (see Box on Section 10). However, the question that remains is: Merely because the notification is saved does it prevail over the Criminal Procedure Code, 1973 which was subsequently enacted?

Construction of references to repealed enactments:

(2) Where before the fifteenth day of August, 1947, any Act of Parliament of the United Kingdom repealed and re-enacted, with or without modification, any provision of a former enactment, then reference in any Central Act or in any Regulation or instrument to the provision so repealed shall, unless a different intention appears, be construed as references to the provision so re-enacted.”

In the discussion on Section 8 the Supreme Court said:

“It is not necessary to refer to all the above judgments. View taken in support of the notification remaining valid and operative in Vinod Rao (supra) is, inter alia, as follows:

Remember, Section 8 incorporates the clause: “unless a different intention appears”.

The spirit of this section is in the wording, which means that if with respect to the same field a subsequent law is laid down which clearly expresses a different intention then the subsequent law shall even as per Section 8 of the General Clauses Act prevail.

Section 5 of the CrPC 1973 further fortifies it. It says:

The provisions of Section 10 of the Criminal Law Amendment Act, which gives the power to issue notifications applicable only to particular subjects and/or particular parts of India, is clearly a special law within the meaning of Sections 41 and 42 of the Indian Penal Code.

Read Section 5 of the CrPC and Section 8 of the General Clauses Act together and you find that normally a special or local law or even a notification is saved, but the exception happens when there is a different intention and provision to the contrary.

The notification and the old code

In January, the Supreme Court bench of Justices AK Goel and U U Lalit had observed that despite the Criminal Procedure Code of 1898 having been repealed and replaced by CrPC 1973, a notification issued under Criminal Law Amendment Act of 1932 is still relevant and the notification with reference to the old Code of 1898 should be read as having been issued with reference to Code of Criminal Procedure, 1973.

The Supreme Court had given this verdict in the Aires Rodrigues vs Vishwajit P Rane (2017 SCC OnLine SC 219) case.

The Supreme Court was adjudicating on the judicial realm of the notification, because that notification was done with reference to the old code.

This refers to criminal intimidation. As per the section, the punishment is imprisonment for a term which may extend to two years, or with fine, or with both. However, if that threat is of death or to cause grievous hurt, destruction of any property by fire, or to cause an offence punishable with death or imprisonment for life or to rob the chastity of a woman then the punishment could be imprisonment of up to seven years and fine. Normally one can get bail in all states of India, and this was an exception, as per the notification.