I shared a warm and cordial friendship with this votary for human rights and multi-faceted personality. He not only protected the freedom to dissent but practised remarkable hospitality to public criticism. 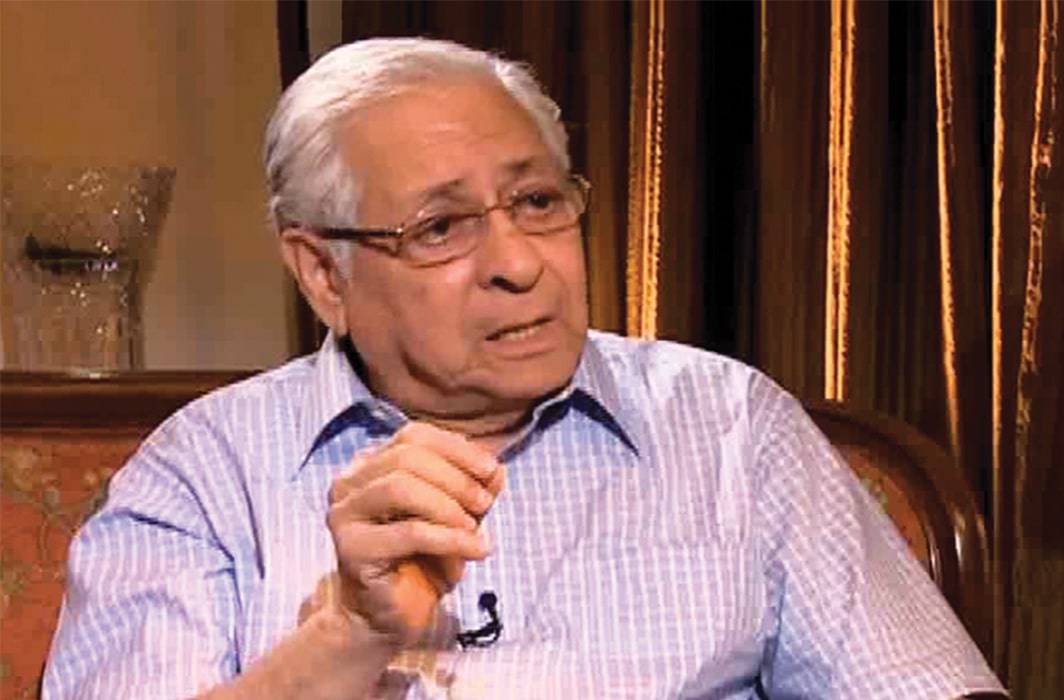 Tributes have been flowing thick and fast on the sad demise of the national and global actor for human rights and integrity of the legal profession. The loss is great and eminent lawyers continue to mourn him. Astonishing tributes include those of Shanti Bhushan, Indira Jaising, Sudhish Pai and Abhinav Chandrachud and many a leading professional lawyer has hailed Soli as a veteran lawyer and jurist.

The esteem in which he was held was manifest in a condolence webinar on May 7, 2021, which included KK Venugopal, Fali Nariman, Kapil Sibal, Harish Salve, Justice Mukul Mudgal and Tushar Mehta. Soli would be pleased with this event and it being chaired by his proud daughter Zia Mody, but would have mildly reproached the organisers for not including other eminent women colleagues.

Mildness was a virtue of Soli as I knew him. In public life, he was not given to expressions even of just indignation. I have witnessed moments of great irritation and even flashes of exasperation, but never fits of temper. Soli believed in (as eminent philosopher Ludwig Wittgenstein said once about the task of philosophy) “showing the fly the way out of the fly bottle”. He believed in the basic principles of law and justice, but all his life regarded principled pragmatism as a virtue of democratic lawyering and justicing.

Both Shanti Bhushan and Indira Jaising recall Soli’s role in arguing at least partial amelioration of those violated by the Bhopal catastrophe, whom I still call “valiant victims” caught forever in “the labyrinth of law”. Shanti-ji rightly says in his tribute that Soli’s “heart beat for people’s rights for which he struggled all his life”. As India’s attorney general, Soli did not obtain from the Supreme Court review bench headed by Justice MN Venkatachaliah the reversal of settlement orders, but he helped obtain the next best—namely, invalidation of criminal immunities conferred on Union Carbide Corporation and its Indian subsidiary and the cause of fair and effective amelioration of the plight of the valiant victims.

I was witness to Soli’s concerns for the Bhopal violated. His engagement with them as a sturdy champion of the rightless peoples manifested very early. It was he who addressed the then prime minister and the cabinet to provide the victims interim compensation for the catastrophe, just a day after some of us met VP Singh in his durbar at his temporary residence in Lodi Road. It fell upon me to argue for interim relief and when I impatiently asked for how long the victims may have to wait, he (to the consternation of officials present who were forbidden by me to introduce me) said in fluent Hindi, which I poorly translate: “You should go back to Bhopal; we will certainly try to do our best.” When I shared the story of my being conferred the title of an honorary citizen of Bhopal by no less a person than the prime minister of India, Soli had a hearty laugh!

His steadfast loyalty to the cause of justice for Bhopal did raise some eyebrows. A young lawyer (then arguing for the state) once saw me coming out of Soli’s chambers in the Supreme Court, raised a professional eyebrow and asked me whether it was right for a senior law “officer” of the state to talk about a sub-judice matter. I recall saying that Soli’s professional standing and opinion were not the least affected by hearing friends in the movement for justice.

That gentleman (who forever must remain anonymous) is now a senior counsel and has occupied many high positions. He surely has rethought the position that bourgeoisie professional etiquette may serve people violated by a mass disaster.

Soli never crossed swords in public life. As a votary of free speech and freedom of the press and media, he not merely protected in courts the freedom to dissent, but also practised remarkable hospitality to public criticism of his views and opinions. He never mixed personal with professional (a rare virtue in India). I publically differed with him many a time, but never once did this come in the way of our cordial and warm friendship.

Much is said about Soli’s work with Nani Palkhivala, and of course, he developed a warm attachment for the legendry juristic skills of Nani. This esteem is prominent in the fine book he co-authored with Arvind Datar (2012). Soli knew, of course, about Palkivala’s affidavit for the Union Carbide, which scandalously asserted that the Union of India was, by filing the suit, seeking a compensation of $3billion before Judge John Keenan, deviously exceeding the total aid given by the US to India! Soli, of course, by his advocacy and through other actions proved otherwise, but never uttered a harsh word against Nani for this wild allegation!

Soli’s many-sided contributions extended globally. For example, his work with the UN has been celebrated. He was a Special Rapporteur for Nigeria (1977) concerning the human rights situation. Soli also served as a member and Chairman of the UN-Sub Commission on the Promotion and Protection of Human Rights between 1998 and 2004. He had served as a member of the Permanent Court of Arbitration at The Hague from 2000 to 2006.

It is scarcely noted that he was a catalyst in many ways in the work of Brandeis-India Fellows Program, and the Soli Sorabjee Lectures in South Asian Studies at the Brandies University have been periodically delivered by renowned scholars. I mourn his demise not merely as a global human rights defender, but also as a fellow academic.

His passion for jazz music was as unparalleled as were his bonds of friendship. He was so overwhelmed with grief as to break down at a public memorial function for Arun Jaitley. He has been successful in preserving the memory of Rosalind Wilson by a memorial lecture series.

I can only think of two more instances of such a fine cultural tradition: Murali Bhandare and Sunil Bhandare Foundation have kept alive the memory of Justice Sunanda Bhandare, and so has the Foundation in memory of Kapila and Nirmal Hingorani. One only hopes that the Soli Sorabjee Memorial Foundation will soon be set up and continue to nourish and innovate this cultural invention, so new to the worlds of law and justice.

Soli declined in health later in life, but his was a resilient spirit. He continued writing his unimitable “Soliloquies” and articles for the press and was always sought after for television comments on legal and constitutional changes. I recall till this day his busily reviewing and then  signing a memorandum against atrocities on scheduled castes before ascending to podium where we both delivered orations for veteran lawyer Chandrakant Daru. Protection and promotion of human rights came effortlessly to Soli and was the credo of his life.

One cannot think of the life of public law in India without at the same time acknowledging the indefatigable labours of Soli to promote Jazz in India. Grief-stricken jazz lovers will recall the labours of Soli, with other friends, as president of the Jazz India Delhi Chapter (and later Capital Jazz). Soli and friends organised a Jazz Yatra, the international festival of jazz music, first held in Bombay in 1978. The Yatra (and later Jazz Utsav) eventually hosted live concerts by international artists. Soli was delighted when I shared information about the bronze statue I saw of jazz singer Freddie Mercury (son of a British civil servant in Zanzibar) installed (in 1996) on the lakeside promenade when he came to the Montreux Jazz Festival. We can only bid Soli a farewell in a mix of “sweet melancholy” and “swinging ease” in the best tradition of farewell song and music in Jazz.

The relation between human rights and music is under-explored, but jazz and the struggle against ethnic discrimination were brought together in India by Soli’s mastery and magic. India will miss for a long time a Jazz aficionado and a constitutional virtuoso.

His friends and followers will now have to bask in fond and warm memories and to learn (as the dying Hamlet said to Horatio, in Hamlet, Act 5, Scene 2) how to “Absent thee from felicity awhile/And in this harsh world draw thy breath in pain/To tell my story”.