Delays in judicial appointments affect every citizen whose basic human rights are protected by courts. Are the Executive and the Judiciary equally to blame for this? 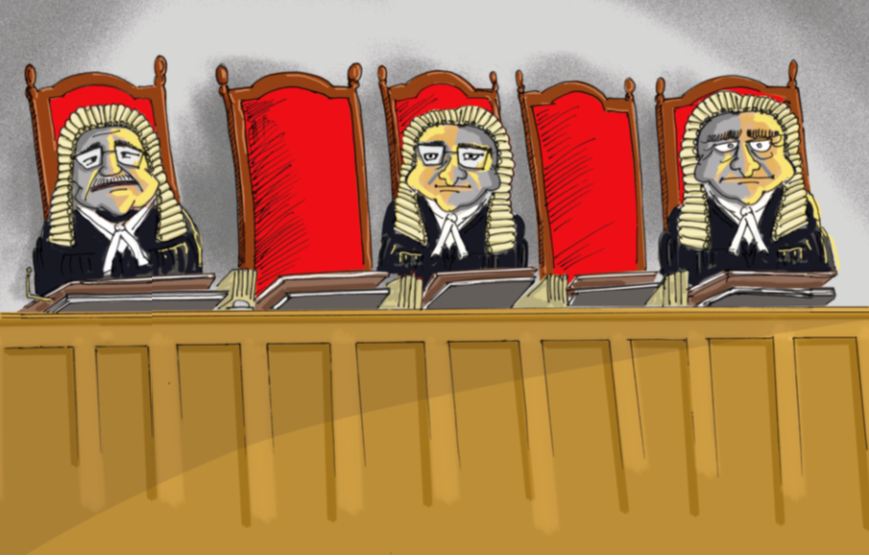 It is not quite right to write on a judicial matter that is under the process of hearing which is yet to run its full course. The matter is made even more perilous when one has to rely on court proceedings as variously recounted in the media, with no official transcript at hand. Yet I venture an essay on what recently emerged in the Supreme Court of India (SCI) with regard to delay in judicial appointments. These concern every Indian citizen whose basic human rights are preserved, promoted and protected by the constructional courts.

This unusual narrative essay does not express any opinion on how the matter may be adjudicated finally, which is solely for Their Lordship to decide. Without expressing any opinion on the proceedings, directly or indirectly, I summarise here the leading arguments pro and con, and systematically present the ongoing judicial anxieties in order for that the constitutionally enlightened citizen may follow the further proceedings with becoming interest.

“Something is rotten in the state of Denmark,” said Marcellus to Horatio in Hamlet (Act 1, Scene 4). This saying is not used specifically about one country; and here it articulates a sense of deep angst concerning governance practices which result in substantial delays in the delayed consideration of judicial appointments and transfers.

Lok Pahari is an NGO (founded in 2003)—an association of retired veteran civil servants, police officials, justices and eminent citizens—and has often successfully petitioned in the SCI on various matters relating to public administration. The association has articulated claims about clean and responsible public administration which the apex court has endorsed and elaborated. In a landmark electoral law case (Lok Pahari, 2018), the SCI (per Ranjan Gogoi, with Justice Banumathi) recalled Lord Justice Nolan’s famous seven principles for public administration (originally adopted in Vineet Narain, 1997) as “Selflessness, Integrity, Objectivity, Accountability, Openness, Honesty, and Leadership”. These are important principles, but enough has been said in the SCI judicial discourse, in the Judges Case concerning the attributes a justice should have.

Justices who have sworn an oath of office under the Third Schedule of the Constitution remain duty-bound to honour it and irrespective of  some criticism of the functioning of judicial collegium system, the SCI has ruled early that its decisions may not be litigated: “Except on the ground of want of consultation with the named constitutional functionaries or lack of any condition of eligibility in the case of an appointment, or of a transfer being made without the recommendation of the Chief Justice of India, these matters are not justiciable on any other ground, including that of bias, which in any case is excluded by the element of plurality in the process of decision-making” [(in S.P. Gupta (1981), para 482].

The “transparency” of judicial elevations and transfers must find its obvious limit embedded in a foundational decision. This does not render responsible criticism of the judicial Collegium ineligible or impermissible but only that decisions on judicial elevations and transfers do not attract strict judicial scrutiny. The Nolan principles, as adopted by the SCI, govern standards of public officials who do not take an appropriate oath of office under the Third Schedule. Demosprudential governance, and acts of judicial co-governance, may be debatable. But it must always be remembered that Justices occupy a constitutional judicial office distinct from any other constitutional, statutory or administrative offices.

In a recent hearing on judicial appointments initiated by the same NGO, many unusual features are visible. First, we learn authoritatively (in a bench presided over by Chief Justice Sharad A Bobde, with Justices Sanjay Kishan Kaul and Surya Kant) that the memorandum of procedure (MoP) on judicial appointments is pending for almost four years with the Union government. This has happened despite the “judicial revolt” of January 2018, where four of the seniormost Justices of the SCI released, in the first-ever judicial press conference, a letter written by them to the CJI concerning the lack of governmental response to the finalisation of MoP and the role of the Master of Rolls.

Second, we also now know about the existence of an MoP prepared by the SCI, now in operation at the Judicial Collegium. Constitutionally sincere citizens get some idea of this but do not still know the full extent or disagreement or difference between the SCI and the Executive, and perhaps never will. Should Indian citizens be guided by standards of constitutional morality which include an old adage that when ignorance is bliss, it is folly to be wise?

Third, Justice Sanjay Kaul has prepared a memorandum of Collegium recommendations, which one hopes will be an integral part of the final judgment in this case. According to it, there were 189 proposals regarding appointments pending with the government as on December 31. Justice Kaul expressed “great concern” over this state of affairs when “you don’t give comments for five months on Collegium recommendations….”

Fourth, the Court asked the learned Attorney-General: “What is your timeline to respond to these recommendations of judges’ appointment? The government has taken more than a year to respond… You say something is pending with Intelligence Bureau and some Chief Minister has not responded. We want to know your timeline.” The reason for the suggestion for timeline was not adversarial; the Bench merely said: “Suppose you have reservations and send back the names to us, then we can reiterate or can look into your objections.” But if the Executive did not give “comments for five months on a collegium recommendation”, grave constitutional “concern” will arise. This remark has to be read not merely in the context of finalisation of the MoP, but also in view of the fact that the Collegium has been reported as drawing attention to the fact that the “High Courts suffer at least 40% judicial vacancies….” Out of the total strength of 1,079 judges in High Courts, there were 411 vacancies —“more than a third of the total positions” and “around a dozen names for appointments to the high courts of Allahabad and Bombay have been pending since May and June last year”.

It is for this reason that the Bench wished all the High Courts “to express their views in the present matter”. The High Courts that are not impleaded shall be impleaded as party respondents in the instant matter. Perhaps, their views would have been obtained through some other modality more expeditious than impleading them as full parties, if only with a view not to delay final proceedings.

Seventh, an interesting nugget of information was provided by Attorney General Venugopal. He contended that the Collegium had also delayed the appointment process. The government’s delay was largely because it “thoroughly combed through the antecedents of the candidate to leave no room for error. The process, on an average, takes at least 127 days” while the judiciary “takes 119 days on an average merely to forward the file to the government”.

This is a startling information and suggests a both-to-blame-type situation in which both the Executive and the Judiciary are said to be equal partners in the time taken on judicial appointments. At the same time, Justice Kaul cited a chart which gave details on the pendency of close to 200 proposals pending with the government and the Collegium and added that in five months, the Collegium cleared eight judges, while the names of six judges are pending with government—four out of the six are government counsel. And Justice Surya Kant told the A-G that there had been some instances in which the government took more than a year to respond: “You say something is pending with the Intelligence Bureau (IB), and in some cases chief ministers have not responded about appointments in the high courts. But we want to know what is your (Centre’s) timeline….”

Surely, the aggregate data portrays the picture of near equal time taken by the judiciary and the government. But disaggregation suggests otherwise. One hopes that a fuller, and final, picture emerges soon, because any further delay in deciding the issue of tardiness in judicial elevation will defeat the full realisation of basic rights of persons and citizens under  the  existing constitutional law and jurisprudence.