The Loneliness of the Long-distance Lawyer

While law is a noble profession, it is a long and winding road. A new entrant would do well to read good books or browse through a lawyer’s personal library to keep his mind from getting stale. 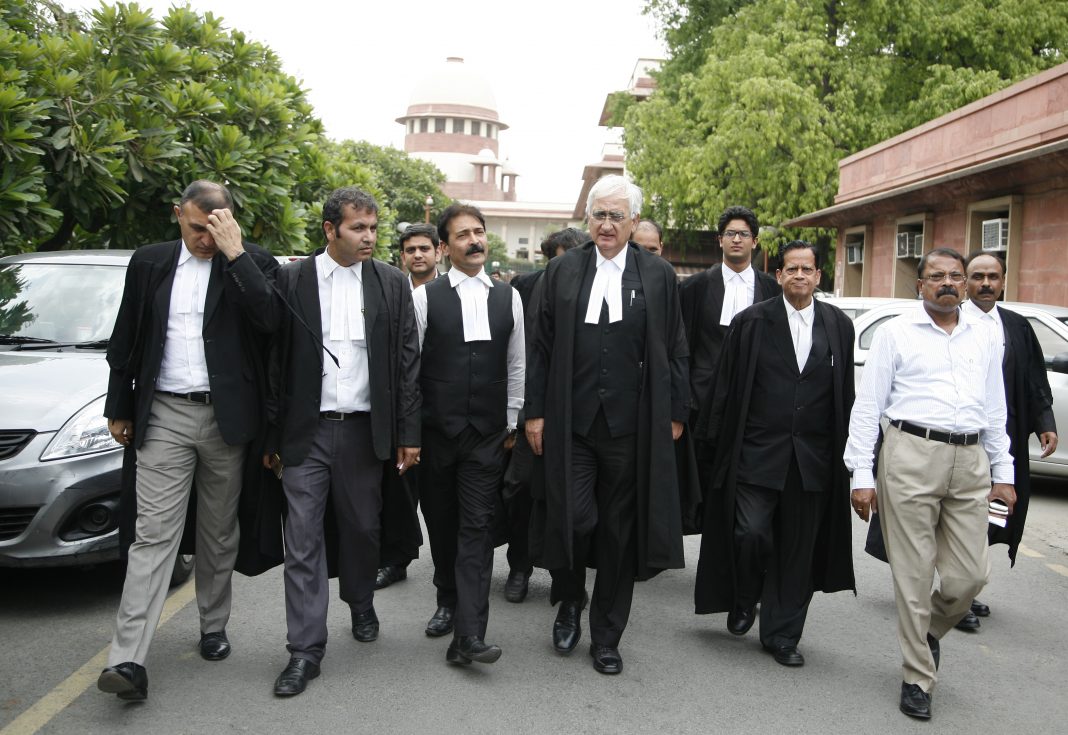 No matter how jolly and gregarious lawyers are, or appear to be, theirs is a lonely profession. But how lonely does it get? Sitting quietly in the fourth or fifth row of a court, waiting for your case to be called. And watching a steady stream of your learned brothers’ walk in, bow, make their submissions, hear the judge pronounce the order, bow again and leave. You keep sitting, clutching your brief, hoping that the judge will pass a favourable order when your case is called, and your client will send the balance fee, part of which will pay the monthly bills or school fees of your child or the instalment of your car.

When the case is finally called, it is late in the afternoon. The long period of wait has made you forget the most important point in your client’s favour. You get tongue-tied, the case is dismissed. You forlornly leave the court, feeling wretched. It may be some days before your next client shows up; until then, you will have to find some other means to meet your urgent expenses. Such is the fate of most new entrants to the legal profession.

All law students leave law school well-equipped to take on the world, battle injustices, fight for the common man, uphold people’s rights and serve the cause of justice. But they have to make their way through a professional minefield. A few lucky ones have rich dads and get established quickly, using parental connections. Some smart young lawyers are destined to do well anyway. They are intelligent, possess the ability to argue well in English and make a good impression on the Bench. Such lawyers also rise rapidly. Then there are the clever ones, who may not have been at the top of the class, but possess street-smartness. They know how to attract clients with glib talk and how to prepare cases by seeking out knowledgeable lawyers who know the subject well. And there are lawyers who are politically well-connected and exploit their contacts well; they too make an early mark.

The lonely lawyer, who waits throughout the day for his solitary case to be taken up, waits patiently for a break. He watches the well-heeled, the smart, the clever and the well-connected lawyers, observes their manners, hears their arguments and the observations from the Bench. Seeing their upward march, his loneliness only gets worse. But things have to get worse before they get better and better they do. The lonely lawyer has been through the trial by fire in the crucible of character. The well-connected lawyers were denied this learning experience.

Lawyers who struggle hard to overcome odds are not swayed by extraneous considerations. Slowly, but surely, they march up the ladder of success. It doesn’t matter if success is late to arrive. The lonely lawyer has not ridden piggyback. His success is his own he derives great personal satisfaction from this. And in the eyes of the man on the street, he is seen as the real defender of rights.

But despair not, lonely lawyer, there are angels hovering around in the judicial firmament, waiting to swoop down to pick you up from the Bar and place you on the Bench. Should this not happen, carry on in the noble profession with dignity. The angel will reward you in some other way.

Sagas of lawyers sometimes end in success, and sometimes in frustration or failure. But this should not always be the case. Theirs is a noble profession. This is a trite expression. But like the medical profession which takes care of the health of citizens, lawyers protect citizens’ rights and property against the onslaught of the State or the wealthy. So it is still very apt to think of the legal profession as a noble one. The desire to promote a just society is the driving force for those who join the Bar.

This is what had driven the freedom movement led by lawyers Lokmanya Bal Gangadhar Tilak (Government Law College 1879), Mahatma Gandhi (Inner Temple 1891), Mohammad Ali Jinnah (Lincoln’s Inn 1895), Jawaharlal Nehru (Inner Temple 1912), Vallabhbhai Patel (Middle Temple 1913 and a successful pleader since 1900). They were all good lawyers who were respected and successful. The list of lawyer-freedom fighters is too long to recount here, but every member of the Bar played a part in the freedom movement in his own way. Their achievements at the Bar and their role in the freedom struggle may fill volumes.

One should be wary of a law student who says he wants to be a “corporate” lawyer to acquire wealth. Legal education should promote the right set of values and teachers should influence the mindset of students who veer towards materialism. Classrooms aim to transform starry eyed school leavers, awestruck by the riches acquired by wealthy lawyers, into concerned and caring individuals. A legal profession based on selfish goals does not benefit society as a whole, but only individual lawyers.

In order to extend benefits to the society we live in, legal education must fire the engines of idealism. From this shall emerge not just lawyers, but also academicians, judges, rights activists and civil servants who will help shape society. We need more people in love with law than with the money that a legal education helps them earn.

So how should the lonely lawyer spend his time and what should he be doing to overcome loneliness? One thing he should avoid is gossip. Bar Room chit-chat over a quick cup of tea is rejuvenating if confined to ten minutes, but more than that is counter-productive. Most gossip is meaningless banter, but some conversations are downright slander. Maybe sitting in a crowded courtroom helps in enhancing one’s knowledge of law and the practical techniques of professional work. Sadly in these times, this is impossible. So sitting quietly with a book is a much better option.

Lawyers must cultivate the reading habit. Of course, lawyers read a fair bit of judgments nowadays. But this exercise is only to add to the list of judicial precedents in a given case, to surmount some legal hurdle or strengthen arguments. This is all very well, but most successful lawyers always have a book by their side, which has nothing to do with law.

Our law courses suffer from a basic flaw if one can call an absence of focus on literature a flaw. There is too much emphasis on legal techniques, too little on humanities or the humane side of law. The study is so intense that students have to read voluminous course material, submit assignments and study case law, leaving no time to acquire the reading habit. A sure recipe for professional frustration.

Students are not guided through literature, any literature for that matter, be it even a Shakespeare play or a Dicken’s novel. Or even writings of Mahatma Gandhi or Jawaharlal Nehru, both of whom wrote exquisite prose. One cannot overlook books by Dr BR Ambedkar, a polymath with a PhD from Columbia, an MA from the London School of Economics and a call to the Bar from Gray’s Inn. There is so much to read and learn from these great thinkers.

Our judges too have left behind inspirational autobiographies such as MC Chagla’s Roses in December and Chief Justice M Hidayattulah’s My Own Boswell. Both books are classics written by well-educated men who had been at Oxford and Cambridge, respectively.

Maybe law schools should think of inviting well-known lawyers to speak to students on anything but law. A rambling fire-side chat with the living legend, Fali Nariman, is worth many classroom lectures. Even browsing through a lawyer’s or judge’s personal library is educative for the browser and will help his mind from getting stale from too much law. The lonely lawyer can get many answers to troubling questions from reading what other people wrote about life at the Bar. A lifelong love of books shall relieve him of his loneliness and add value to his professional life.

Did you find apk for android? You can find new Free Android Games and apps.
Share
Facebook
Twitter
Pinterest
WhatsApp
Previous articleContempt proceedings will not help Delhi get oxygen, comments Justice Chandrachud
Next articleInvolve Army to handle the logistics: Suggestion before Delhi HC