Covid spike: Thunder in the courts 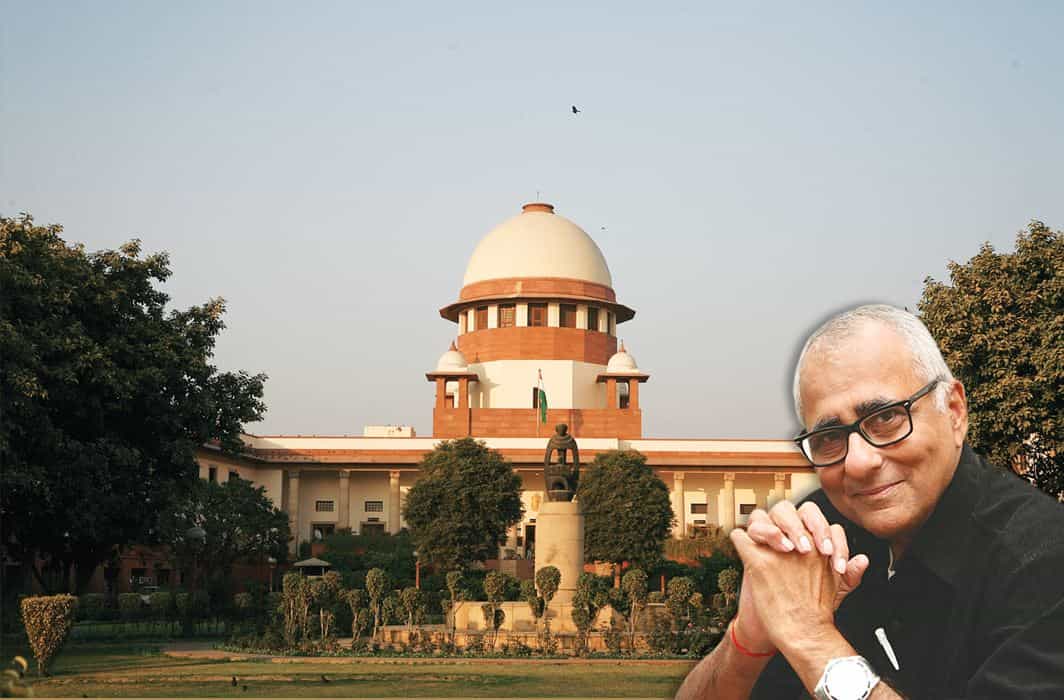 That the courts and the judiciary have had to step in to virtually dictating how to address the corona holocaust that is cutting a swath of death and destruction across the country is an ample demonstration of malfeasance, misfeasance and the collapse of governance throughout the nation.

The politicians of India, backed by oligarchs and opportunists, are so obsessed with winning elections through deviousness and treachery that they have forgotten that the fundamental reason for coming to power and forming governments is to serve the people. They come into power using the instruments of democracy to showcase their purported legitimacy and then proceed to serve themselves instead of the people, thereby making a shameful mockery of democracy. They publicly swear by the tenets of that system while simultaneously disembowelling it.

We watch in helpless horror the unfurling of this phenomenon in the way the central and state governments have been mishandling the most devastating wave of the Corona pandemic. They are unapologetic. They are even self-congratulatory even as the world clucks its tongue with pity as the “world’s fastest growing economy” and the global vaccine manufacturing and “medical tourism” hub descends into by stooping internationally with a begging bowl to meet its medical supplies needs in the way it did in the 1960s to obtain charitable food grains to feed its people.

Which Arab or eastern European or African patient would now want to come to Apollo or Max or Medanta or AIIMS for treatment? They’ll avoid you like the plague (literally) after seeing the TV and YouTube images of funeral pyres in parking lots, babies dying outside hospitals in their mothers’ arms and the elderly choking to death in alleyways because their children could not find hospital beds or oxygen support systems.

There’s already too much television and social media coverage of this ever-worsening crisis for me to repeat the horrifying images of horror-struck nation in this space. Institutional and governmental apologists blame the crisis on “people let their guard down” or “didn’t follow the norms.” This is an in your face example of victim shaming or blaming. This is a lame, pitiable excuse for the failure of the politico-legal establishment to get its act together after the first wave to think of these issues and plan ahead.

That’s what true, representative government is all about. It’s not about who wins election. Democracy has to do with assuring the maximum good for the maximum people. Democracy has to do with planning and humane administrative mechanisms and the use of the power of the state to ensure compassionate care for the sick and the needy and the indigent.

In the absence of these attributes, the State fails. When the State fails, democracy dies no matter how many maximum leaders continue to win “elections”. In India, thanks to its constitution around which their still seems to be a national, albeit withering consensus, people still have a sense of their rights. This is to a great degree because of the nation’s judicial machinery to which ordinary folks still turn for supplication. In its lumbering, creaky, tortuous way, the judiciary somehow manages a modicum of delivery.

Most elected governments flail at what they call “judicial activism.” This term refers to the perception that the judiciary interferes gratuitously in the day-to-day governance of the country thereby trampling on the constitutional prerogatives of the executive well as the doctrine of separation of powers that enables the three co-equal branches of government to function in jurisprudential balance.

I have always held that in a republican democracy there is a pendulum that swings from branch to branch to rectify imbalances. The degree and extent of judicial activism depends on the behaviour of the executive. When the executive fatally malfunctions, the judiciary is the only hope for rescuing the country from a constitutional morass. It has done so in the past, and it appears to be doing so now.

Just as High Courts set the pace for opposition to Indira Gandhi’s Emergency, so too has the Madras High Court established the tone and tenor for holding the government accountable for the spread of the killer pandemic through allowing stretched out election schedules and mammoth rallies. Judge Sanjib Banerjee asked why the Election Commission now described by some as a “caged parrot”of the government in power (a phrase earlier used by the top court to describe the CBI) should not be held accountable for “murder.

Most recently, in a key hearing on the Covid-19 crisis, the Supreme Court excoriated the government over its vaccine pricing policies and also warned the states against suppression of views and news that expose and criticise the government’s mishandling of the Covid-19 pandemic. The Delhi High Court was blunt and furious: The State has failed to protect the basic fundamental right of the Indian people: The Right To Life.

Our cover story this week, written by the venerable professor Upendra Baxi, goes to the heart of the matter. Covid, says Baxi, does not know the concept of equality, nor its opposites, “arbitrariness” and “cruelty”. It has no use for doctrines of separation of powers or rule of law or the basic structure of the Constitution. It moves about in complete post-sovereign impunity, striking death, distress, disease and devastation in bodies that it infects and souls that survive. It mocks cruelly both conspiracy and regulation theories. And as it continues to its unpredictable future frameworks of bio-terror, individuals and groups have to function both through the “optimism of will, and pessimism of the intellect” (to borrow the thesis of Italian Marxist philosopher Antonio Gramsci).

Of late, the Supreme Court has faced and weathered an avalanche of criticism for allegedly kowtowing to the executive. The disparagement has often been shrill. The judges have no real way of countering this. They can use neither the social media nor the press. All they can hint at is  “OK, if that’s what you think, Watch This Space.” And as we watch it, we see bursts of outrage directed in the public interest, some of it suo motu, against the failures and depredations of the government in power.

Read Also: Do you want us to let people die in Delhi?: HC tells Centre to get allocated oxygen to Delhi today or face contempt

The ruling politicians would, I am sure, want to wish the courts away especially at a time when they are giving voice, with calibrated articulation, to some of the government’s most trenchant critics. But that won’t happen in a hurry. Because when the courts speak for the nation at the expense of the political rulers of the nation, their constituency—We The People—is far larger, broader and powerful than the constituents who voted for the reigning government.  This is the critical balance that keeps democracy alive.