The recent and dramatic changes in Afghanistan are part of a legacy of war and peace that stretches back throughout its history. The image of Afghanistan is one of blood and suffering but it also produced some famous messengers of peace, brotherly love and mysticism. 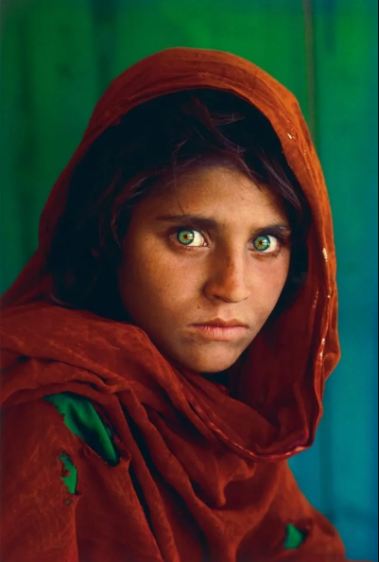 The characteristics of Afghanistan was depicted by a British painter in his painting titled “Remains of Army” which portrayed a soldier on an exhausted horse. Another famous photographic portrait, which was a centre of discussion, is of a green-eyed Afghan girl (a Pashtun child living in a refugee camp) captured in 1984 by a photographer Steve McCurry. The photograph was interpreted as anguish and anger of a woman while another group of people interpret it as the helplessness of woman in that blighted land. These pictures have become universal symbols of Afghanistan.

The land of Afghans is known as the land of Kabilai (tribes) and has been the centre of constant disturbance since ages. It was once a place which attracted many rulers because of its storehouse of valuable minerals. It also attracted the British who ruled Afghanistan during the 19th century by keeping Kabila leaders happy by providing them money. However, the moment they stopped the funding, their existence on the land became difficult and they had to leave but were not allowed to leave without suffering the death of hundreds of soldiers. It is well recorded in history how the Afghans defeated the British and the Third Anglo-Afghan war concluded with a treaty in 1921 when Afghanistan was recognised as an independent state.

The land fell under the control of the Soviet Union and its puppet regime till it was uprooted by groups which did not like land reforms introduced by an ideology wherein all were equal. The Russian Army then moved into Afghanistan to support the “People’s democratic party of Afghan”, and in retaliation, the US army supported some tribes and the global power game revived. After the Peshawar Accord, the “Islamic State of Afghanistan”was established. However, no stable government remained in power due to civil wars.

The Taliban government remained in power from 1996 to 2001, imposing their extreme rules of age-old Shariya law interpreted as per their convenience. The law took away almost all rights of 50 percent of population, especially women, and pushed the whole country back to the Stone Age. The US went into Afghanistan in 2001 after the 9/11 attack as a war on terror. However, even after almost two decades, constant fighting continued with the extremist groups.

In contrast to what we all know about Afghanistan’s history of wars and bloodshed, it has been a land of messengers of peace. Many great Sufi saints who spread the message of unconditional love and peace were born here and rose from these lands. They include Hakim Abdul-Majid Majdud Ibn Adam Sanai Ghaznaavi, more commonly known as Sanai, the Persian poet from Ghazni. Another famous name is Nur Ad Din Abd Ar Rehman Jami, known as Jami. He was another Persian poet, scholar and writer of mystical Sufi literature. Signs of existence of Buddhism could also be seen in Bamiyan. Even after the destruction of the tall statues of Gautam Buddha by the last Taliban government, remains of those destroyed statues speak about the grandeur of its stature and symbolism.

Hope in time of despair brings to mind the words of Jami who wrote: “Winds of Uncertainty Can Never Extinguish the Candle Of Hope.”

—The writer is advocate on record, Supreme Court of India