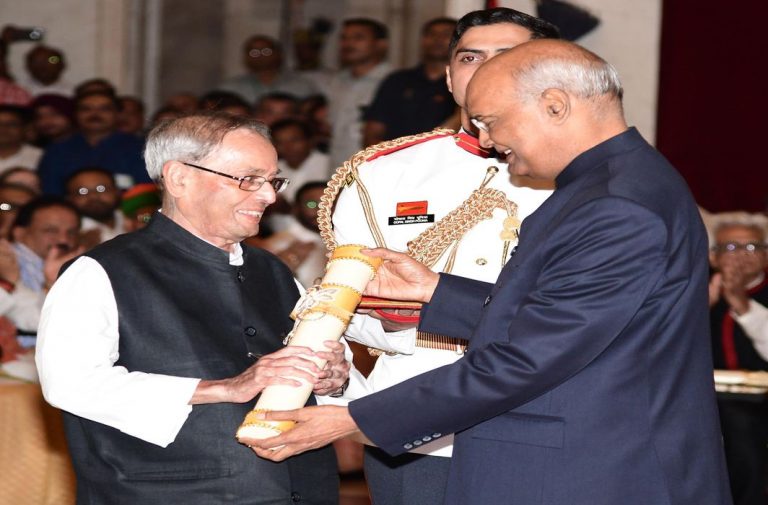 In saying that the recent protests will deepen India’s democratic roots, the former president has played the role of a philosopher king brilliantly, combined with the shrewdness of a drama critic

Pranab Mukherjee was not a great president but he was a shrewd and pragmatic one, balancing the statesman and the politician in him. He knew how to avoid controversy and yet he conveyed a sense of competence as finance minister and as president. There was a sense of compact theatre in the way he constructed himself, adept that he was at role playing. As a master of the balancing act, he could harmonise pragmatism and idealism. He presented himself as a competent working hypothesis and in terms of survival, it worked. His sense of timing made him rise to the occasion. In fact, he is still in the news often after his retirement. His successor is a colourless figure, a party creation, a modest man with a lot to be modest about. Come Republic Day and Ram Nath Kovind spouts ahimsa, which sounds odd as a message. It is too abstract to capture the drama of Republic Day as an occasion. It is almost as if he conceded the occasion to Pranabda and the latter seized it.

As a statement’s comment, Mukherjee was occasion-perfect. He transcended the divide of parties and isms and could not be accused of being partisan. He did not seem nostalgic for power. He played the philosopher king brilliantly after his retirement, almost as if it was a pedagogical lesson to the current incumbent. India as a concerned audience was waiting for such an enlightened script. The Opposition must be kicking itself for an opportunity lost and the BJP was stuck speechless at the immaculateness of his master’s voice. Strictly speaking, Mukherjee’s comment was not a call for intervention. It was a statement of concern, care and a sense of the drama unfolding, combining the shrewdness of a drama critic with sociological insights. It was a lesson to our editorial writers on how a discourse on ideals can be good copy.

Mukherjee begins with a sense of avunculate care, taking note of the wide sweep of protests and emphasising their generally nonviolent character. He senses a manthan, a political and intellectual churning, and marks it as something new. This is not a replay of old politics. The actors are new, the script is new, it is youth on the streets and such dignified street theatre is good for democratic politics. The freshness, the nonviolence gives a new sense of politics. The young are challenging the old to rethink and revitalise the two value frames that make India so wonderfully liveable—the Constitution as a lived text and democracy as a life world.

Mukherjee’s sense of democracy is immaculate. He does not pontificate about Plato and Rousseau. In fact, he quotes no authority. He merely suggests that democracy is the art of listening, deliberating, discussing, arguing and that dissent is a critical part of such a glossary. Mukherjee’s thesaurus of democracy is clear. It is an appeal to reason, to conversation, not to electoralism and political struggle.

Mukherjee literally clears the decks of suspicion with his certificate. Unlike Prime Minister Narendra Modi or Home Minister Amit Shah, he sees nothing divisive or
pro-Pakistani in the message. He is clear it is a statement of good citizenship, not a tom-tomming of patriotism and he insists that this is good for the country. He is echoing another famous speech by literally saying, come let us reason together.

As a message, it is clear. As a performance, it is immaculate. The rhetoric is transparent, the message as obvious as the cow has four legs and that democracy needs dissent and conversation. These are habits that keep its roots alive. The former president is clear that the message of the recent protests is not ephemeral. It is more that the drama goes to the roots of the question. In fact, it is in a statesman-like sense, an act of pedagogy. Mukherjee reminds us that to be statesman-like, one needs the drama of pedagogy where a society’s values are restated and revitalised through a simple ritual of civics. Protest becomes a simple act of citizenship and should not create a panic of governance.

Mukherjee’s message, as he himself tacitly hints, embodies two kinds of time—the immediate and the long run. In its immediate sense, Mukherjee offers a lesson to two kinds of politicians. Firstly, to the unemployed vanguard of the Congress ready with quips and quotes and personal comments but rarely with a sense of the stakes involved or the drama being played out. A Shashi Tharoor, a Jairam Ramesh, a Rahul Gandhi should learn how to take themselves and democracy seriously. The facetious does not quite add to the party struggling in a political wilderness.

Mukherjee’s message is as astute and even more pointed to the regime in power. He shows Modi that being a statesman means you read threats but do not threaten people, that you must never confuse levels of analysis. Modi and Shah often confuse a threat to the regime as a threat to democracy or the nation. It is this repeated misreading of protest which has created the current imbroglio.

But beyond his short-run insights, Mukherjee hints that democracy as drama and the Constitution as text must resonate with each other. India works best when these two institutions work in tandem. Mukherjee is astute enough to point out that the young understand this today and that their celebration of the Constitution is sustained by a healthy sense of politics.

This Mukherjee as a politician understands. He never undermines the possibilities of politics. As a politician, he senses his limits and therefore has a tremendous sense of possibilities, opportunities and timing. Retired presidents are rarely lethal and are cited more out of nostalgia and habit. But Mukherjee senses the need and dangers of the hour. Distorting or misreading politics emasculates democracy. What one needs is transparency and timing to send the right balance. It is an art form and a retired president shows the current politician that it is still achievable. In that sense, the ex-president’s message was an immaculate performance, converging an ideal polity and the necessity for the craft of politics. One is grateful for it.