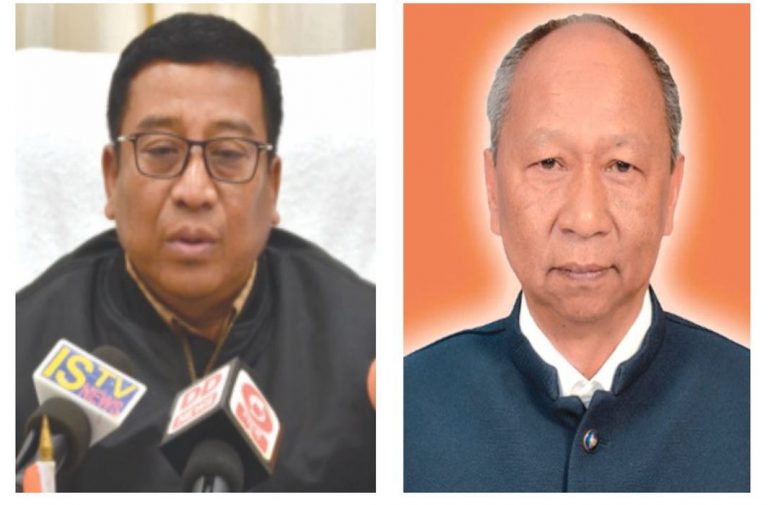 To prevent Speakers dithering over disqualification cases, the apex court has given a time-frame and recommended the setting up of a separate body to decide such cases

The role of the Speaker in Manipur came under scrutiny recently. The Supreme Court in its judgment in Keisham Meghachandra Singh vs The Hon’ble Speaker Manipur Legislative Assembly & Ors, delivered on January 21, 2020, ruled that no decision was taken by the Speaker on several applications filed between April and July 2017 under the Tenth Schedule for disqualification of Th Shyamkumar, MLA, who, after contesting on a Congress ticket, switched sides to support the BJP.

The Court directed the Speaker to decide the disqualification petition pending before him within four weeks. It further stated that if no decision was forthcoming within that time limit, it would be open to any party to apply to the Supreme Court for further directions/relief in the matter.

The Court intervened after two writ petitions in the matter filed before the High Court of Manipur at Imphal could not be decided as the issue of whether a High Court can direct a Speaker to decide a disqualification petition within a certain time-frame was pending before a five-judge bench of the Supreme Court (SA Sampath Kumar vs Kale Yadaiah & Ors.)

Incidentally, the Court observed that it was time Parliament did a rethink on whether disqualification petitions ought to be entrusted to a Speaker as a quasi-judicial authority when he continues to belong to a particular political party either de jure or de facto. The Court felt that a permanent tribunal headed by a retired Supreme Court judge, a retired chief justice of a High Court or some other outside independent mechanism should ensure that such disputes are decided both swiftly and impartially.

To buttress this suggestion, the Court stated that fears of the minority judgment in Kihoto Hollohan vs Zachillhu & Ors had actually come home to roost. Justice JS Verma, in his separate judgment, had held that rule against bias is a necessary concomitant of the principle of natural justice. One of the basic postulates of the rule against bias is that no person can judge a case in which he has an interest. Justice should not only be done, but seen to be done. This is the underlying principle adopted by the framers of the Constitution in not designating the Speaker as the authority to decide election disputes and questions regarding disqualification of members under

Articles 103, 192 and 329 and opting for an independent authority outside the House.

There is nothing unusual in this scheme if we bear in mind that the final authority for removal of a judge of the Supreme Court and a High Court is outside the judiciary and vested in Parliament under Article 124(4).

The Supreme Court ruling in Keisham Meghachandra Singh (supra) highlights two related concerns of delay in decision-making and bias, consequent to the present dispensation under the Tenth Schedule.

The problem of Speakers dithering over cases of disqualification, however, is not of recent origin. It has been addressed in the past in various judgments of the Supreme Court. As far as delays in decision-making by the Speaker are concerned, the Court has made several pertinent observations.

In Kihoto Hollohan (supra), clarifying the role of the Speaker as a tribunal under the Tenth Schedule, the Court observed that all tribunals are not courts, though all courts are tribunals. Court means a court of civil judicature and a tribunal is a body which is supposed to decide controversies arising under certain special laws. A tribunal, per se, does not have all the trappings of a court and hence is not expected to observe a strict legal regimen.

Similarly, in Jagjit Singh vs State of Haryana & Ors, the Supreme Court held that the proceedings under the Tenth Schedule are not comparable to either a trial in a court of law or departmental proceedings for disciplinary action against an employee. The standard of “reasonable opportunity” is, therefore, not that rigorous. Further, if the view taken by the tribunal is a reasonable one, the Court would decline to strike down an order on the ground that another view is more reasonable. Thus, a proceeding in a case of disqualification under the Tenth Schedule is more in the nature of a summary inquiry and needs to be disposed of expeditiously.

In Dr Mahachandra Prasad Singh vs Chairman, Bihar Legislative Council & Ors, the Supreme Court observed that the Tenth Schedule does not confer any discretion on the Chairman or Speaker of the House. Their role is only in the domain of ascertaining the relevant facts. Once the facts gathered or placed show that a member of the House has done any such act which comes within the purview of subparagraph (1), (2) or (3) of paragraph 2 of the Tenth Schedule, the disqualification will apply and the Chairman or the Speaker of the House will have to make a decision to that effect.

In the context of the parameters of the inquiry to be conducted under the Tenth Schedule, the Supreme Court has, time and again, expressed its concern about the unnecessary delay in deciding these petitions by the presiding officers of the legislatures.

In the case of Speaker, Haryana Vidhan Sabha vs Kuldeep Bishnoi & Ors, the Speaker took about four years to decide a petition of disqualification. A single bench and a division bench of the Punjab and Haryana High Court and ultimately the Supreme Court through its order dated September 28, 2012, had to give a direction to the Speaker to decide the petition within three months.

In another case in the Uttar Pradesh Legislative Assembly, a similar delay was caused by the Speaker in deciding the disqualification petition and ultimately the matter went to the Supreme Court (Mayawati vs Markandeya Chand & Ors). The top court, instead of remanding the case to the Speaker, disqualified the MLAs itself.

In Rajendra Singh Rana vs Swami Prasad Maurya (2007) too, the Supreme Court, using its powers under Article 142 of the Constitution in an extraordinary situation, decided the petition for disqualification itself.

M Venkaiah Naidu, Chairman, Rajya Sabha, in his order on December 4, 2017, in the case of disqualification of Sharad Yadav and another MP under the Tenth Schedule (decided in about three months’ time), observed that all petitions of disqualification on the ground of defection should be decided within three months, after giving an opportunity, as per law, to the concerned member(s).

But the malaise continues. Chronic ailments call for desperate remedies. Hence, the Supreme Court has in the present case recommended to Parliament to consider setting up a separate body to decide the cases impartially and expeditiously. This may ensure elimination of bias to some extent, but expeditious adjudication cannot be guaranteed in view of the experience with various tribunals that have been established in the past.

In any case, as the doctrine of separation of powers is part of the basic structure of the Constitution, the principle of checks and balances has its limitations in its application to the functioning of Parliament.

Other options are available within the framework of our parliamentary democracy. To begin with, Paragraph 5 (Exemption) of the Tenth Schedule implies that the Speaker, in order to be able to deal fairly with matters under his jurisdiction, may resign from his party. That will not be treated as a ground for defection. Constitutional authorities should be able to switch hats smoothly and take decisions without prejudice.

Further, the rules framed by Parliament to give effect to the provisions of the Tenth Schedule by virtue of Paragraph 8 provide an option to the Speaker to refer the petition to the Committee of Privileges for preliminary inquiry. The rule could be modified to make such a reference mandatory.

Alternatively, the Speaker may be required to consult the Election Commission before taking a decision, by amending the Tenth Schedule itself. This may take care of individual bias, but may still not ensure speedy justice.

If, at all, the Tenth Schedule has to be amended, it may prescribe a time limit for the presiding officer to take a decision, failing which the application for disqualification would be deemed to have been allowed. The judicial review, which may follow, could then go by the rationale for the decision in Rajendra Singh Rana that failure to exercise jurisdiction is a stage at which the court can intervene.

Lead pic: Y Khemchand Singh, the Speaker in the Manipur assembly (right), and Th Shyamkumar, the MLA who defected to the BJP