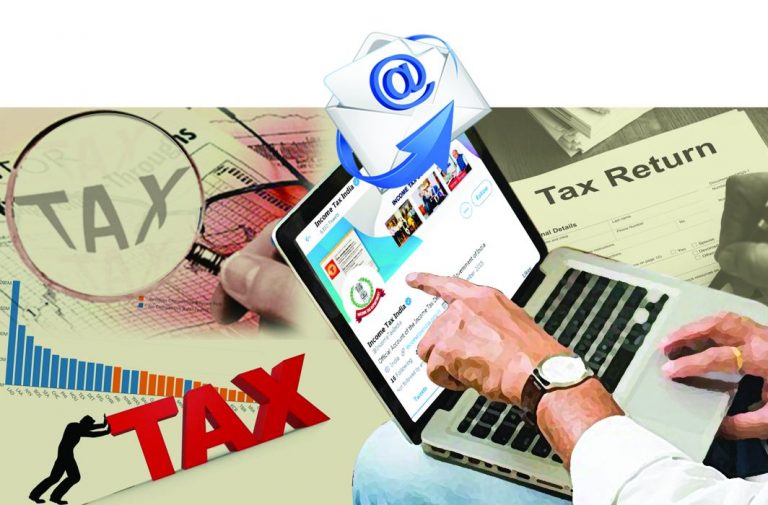 On October 8, the centre will roll out an ambitious e-assessment scheme for collecting tax to reduce corruption and bring in secrecy in procedures. But first, operational hindrances will have to be addressed

Assessing income tax returns seems to have got a lot easier with a government notification of a new e-assessment scheme. This is part of its attempts to erase corruption by eliminating human interaction in the assessment. However, personal representation is permitted in certain circumstances, namely, petitions against the assessment.

Union Finance Minister Nirmala Sitharaman said the e-assessment plan would be formally rolled out on October 8 when Vijayadashami will be celebrated. In 2017, while speaking at a seminar of senior tax officials, the prime minister had urged the need for e-assessment in income tax proceedings and secrecy of procedures by utilising information technology.

While presenting the Union Budget 2019, Sitharaman said that “the existing system of Income Tax scrutiny assessments involves a high-level personal interaction between the taxpayer and the department, which leads to certain undesirable practices on the part of tax officials. To eliminate such instances and to give shape to the vision of the prime minister, a scheme of faceless assessment in electronic mode involving no human interface is being launched this year in a phased manner. To start with, such e-assessments shall be carried out in cases requiring verification of certain specified transactions or discrepancies”.

To support the government’s proposal of impersonal and anonymous scrutiny, CBDT ordered the creation of a National e-Assessment Centre (NeAC) in Delhi. At a later stage, Regional e-Assessment Centres (ReAC) are also expected to be established. The NeAC will have 16 officers and will be led by a Principal Chief Commissioner of Income Tax.

The centre will be an autonomous organisation which will solely look after e-assessment. Notices will be served to the assessees by NeAC and the reasons for selecting them will be stipulated. Within 15 days of the receipt, cases will be allocated to the assessing official by an automated system. Nevertheless, assessees or their permitted representatives who are desirous of a personal hearing can get one. Such hearings shall be conducted exclusively through video conferencing.

The primary advantage of e-assessment is that it saves time. The scheme exempts the individual from travelling to the Income Tax Office and wasting a few hours to meet the tax officer. Even if the person is out of town, he can react to the notices. Moreover, the taxpayer will no longer be a victim of probable exploitation by an officer who threatens to make additions to the income unless he pays up. This is a big relief for sincere taxpayers.

Abhishek Soni, Founder & CEO, tax2win.in, an ITR filing website, reportedly said: “The new scheme notified by the Central Board of Direct Taxes will change the way ITR will be scrutinised. Earlier, it was scrutinised by the assessing officer of the individual taxpayer through an online process. However, the new scheme will not only make the assessment faceless but you will also not have to meet any assessing officer during the proceeding period. Your ITR will be scrutinised through a computerised randomly selected regional unit which will be set up under the scheme.”

Some of the notable provisions of the scheme are:

However, there is a dark side to the scheme. Invariably, the scheme calls for much documentary evidence such as property sale and purchase agreements, bank statements, balance confirmations, etc, during the hearing procedures. These need to be submitted electronically. However, the capacity of the site where documents are uploaded is restricted while the size of the soft copy of many documents surpasses this limit.

Furthermore, due to lack of experience in the private sector, many officials who worked only in the Income Tax department are not in a position to comprehend commercial transactions and the reasons for a transaction being structured in a specific fashion. This will prompt them to make undesirable additions to the income reported on the Income Tax return. However, during the course of personal interaction, commercial validation of the transaction can be elucidated and the doubts of tax officers cleared.

Rishi Kapadia, partner, Dhruva Advisors LLP, reportedly said: “Both the taxpayers and the tax department will need to gear up their systems to adapt to the scheme. Personal representation by a taxpayer will be allowed only through video conferencing. Considering that there is a limited window of interaction, taxpayers will need to focus on submitting detailed documentation to explain a tax position.”

Sandeep Jhunjhunwala, director, Nangia Advisors, Andersen Global, warned that though this system was aimed at easing the process of assessment for taxpayers, multiple nodal bodies set up to facilitate e-assessments could initially make the scheme and procedures complicated for a common taxpayer. “Interestingly, as a fail-safe practice, the scheme provides for an option to transfer the case to the jurisdictional assessing officer at any stage of assessment,” he reportedly said.

SR Patnaik, partner and head (taxation), Cyril Amarchand Mangaldas, felt that a face-to-face meeting between the taxpayer and authorities was needed, especially where the latter needs clarifications on the basis of information made and the taxpayer is willing to provide it. “One option could be to have a few individual officers who are managing such consoles which can seek clarifications and forward them to the departments concerned without divulging the details about the taxpayer,” he suggested.

Therefore, to make the scheme effectual, operational hindrances have to be addressed to avoid injustice to the taxpayers. The space limit for uploading documents has to be enhanced. Proper training has to be given to officers regarding trade practices and procedures in order to understand commercial activities thoroughly. It is only then that the e-assessment scheme will live up to its true potential and become a win-win situation for both the tax department and taxpayers. Otherwise, the government’s ambitious plan will take a beating.

—The writer is a financial adviser, tax specialist and public speaker based in Margao, Goa