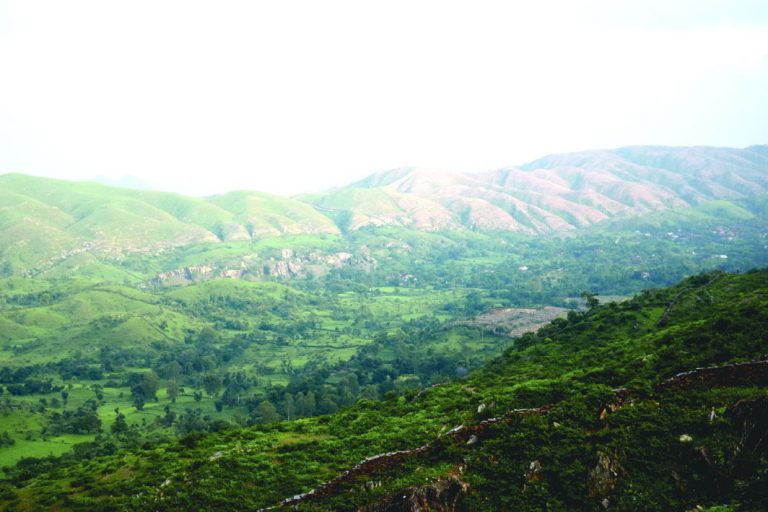 Within 7 days of publishing the proposed amendments in the Official Gazette, the Haryana Assembly passed the resolution to amend the Punjab Land Preservation (Haryana Amendment) Act on Feb 27. The changes to the law are so far reaching that experts are asking for repeal, rather than an amendment. At 3.59 percent, Haryana already has the lowest forest cover in the country compared to the India average of 24 percent, and this amendment (which will become law after it is approved by the Governor) will erode a third of this, making it available for real estate purposes.

The 118-year-old Punjab Land Preservation Act (PLPA) of 1900 is meant to protect areas ‘not notified’ under the Indian Forest Act as reserve or protected forests in the states of Haryana and Punjab. In Haryana, the PLPA extends protection to forests and trees on private lands, community lands, panchayat and municipal lands in the uncultivable hills of the Aravallis in the south and Shiwaliks in the northern parts of the state. Forest areas notified as per special orders under the PLPA in Haryana amount to 75,000 acres i.e. 33% of the effective forest land in the state.

IMPLICATIONS OF AMENDING THE ACT, 1900

According to Lt Col (Rtd) Sarvadaman Singh Oberoi, a Gurgaon citizen working on forest conservation for many years, “The amendment accords unlimited powers to the government to classify land however it pleases. By making it retroactive from as far back as 1966, the government will be able to legalise all the illegal transactions, mining and construction undertaken on PLPA lands since then. The amendment will effectively allow the Haryana government to subvert several Supreme Court decisions that support protection of forest areas protected under the PLPA.”

“It’s important that we as citizens add our voice to a growing protest against the PLPA amendment. The only people this will benefit are builders and politicians. For ordinary citizens, it will mean depleted water and even more polluted air to breath.”

“I have come on behalf of the thousands of animals, birds and insects that call the Aravalli forest sand trees their “Home”! Who will speak for them? I have come as their voice.”

“I believe that as citizens we have the right & responsibility to protect our forests. These forests are the only things that are keeping our cities liveable and they can not be taken away from us. We do not want the government the to take away our right to clean water & air. The PLPA amendment will prove to be disastrous in every sense & must not be passed.”

“The situation with regard to water scarcity and air pollution does not allow the luxury of more profiteering from our forests. We need to expand our forest cover but the state has given in to the real estate lobby and is going in the reverse direction.”

For Gurgaon and Faridabad, PLPA will become
non-applicable in urban areas where master plans have been passed and open up the entire zone of the Aravalli forests for real estate development. At complete risk of destruction are over 16,000 acres of Aravalli forests in Gurgaon district and over 10,000 acres in Faridabad district. The amendment will also affect about 10,000 acres of forests in the Shiwalik hills around Chandigarh in Panchkula district.

The amendments to the PLPA essentially cease protection to land that is included in urban, infrastructure and any other construction plans of the government. It also makes any protection which is extended through the Act easy to challenge by anyone who ‘has an interest in the land’, leaving the decision to the state government. The amendments passed by the State Assembly cock a snook at important Supreme Court judgments regarding the Aravallis, and most recently the order to demolish Kant Enclave, and payment of refund by the developer to allottees. The amendment will also bring the law into conflict with central laws.

Chetan Agarwal, Forest Analyst, felt that the justification given by Rao Narbir Singh for the proposal deliberately conflated different aspects of the Act to make it appear like it was restricting construction across 10,94,543 hectares or a fourth of the state when in actuality it protects merely around 29,000 hectares, or less than 1 percent of the state’s forest area.

Citizens are seeing this as the government favouring the real estate lobby over their fundamental needs for water and clean air. Dr. Sarika, a resident of Gurgaon exclaimed “The government has been stealthy and secretive. Instead of taking action to tackle the water and air pollution crisis in Haryana they want to make it worse by converting the remaining green areas into a concrete jungle. Haryana Government has consistently chosen real estate profits over forest protection which is why we are in such a mess with Gurgaon and Faridabad being in the top 15 most polluted cities in the country.”

On the February 17, over 50 citizens, including students had met with Rao Narbir Singh and on February 24  over 300 residents of Delhi, Gurgaon and Faridabad had marched in protest and shouted slogans against the proposal. On the Feb 27, citizens of Gurgaon came together for silent protest at the high density location of HUDA city metro station. Citizens stood with banners and posters in the morning and evening with the hope of inspiring many more to take action to save the Aravallis. The silent protest managed to get quite a bit of attention from those passing by, whether on foot or in vehicles. Many stopped to ask what the protest was about, what the PLPA amendment is and what its consequences would be.

An Act that has stood for almost 118 years warranted a more systematic consultation with citizens and a look over by the House Review Committee, but neither the CM nor the Forest Minister Rao Narbir Singh who proposed the bill were in a mood to listen to the rapidly escalating criticism to the bill. Experts feel the amendment is unlikely to pass judicial scrutiny and the result maybe yet another rebuke of the Haryana government on the important issue of environment. Given the deteriorating condition of the environment, it is unlikely that citizens will take this without mounting a strong protest.