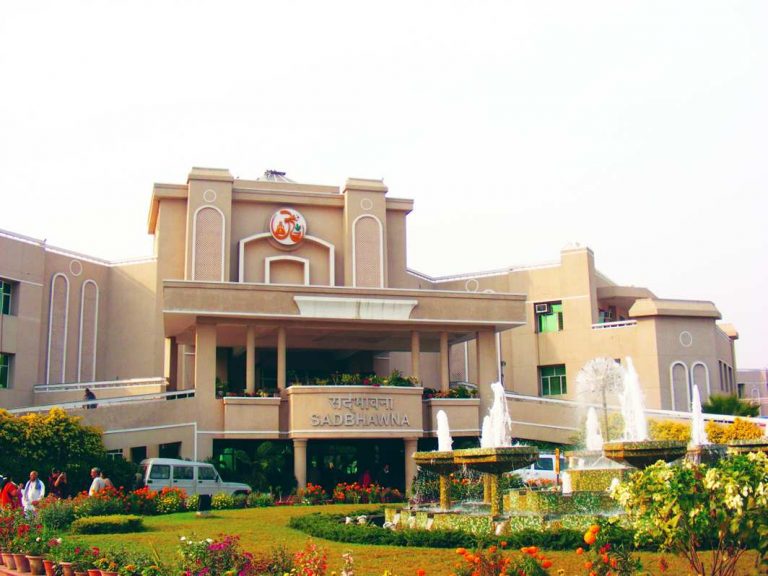 Located in Greater Noida, it is under the scanner after many trees were felled without permission by Patanjali Yoga Sansthan

After Baba Ram Rahim and Baba Rampal, it may be Baba Ramdev in the dock, or at least his organisation. A big question mark hangs over the allotment of 4,500 acres of land, including a 455-acre plot in Sector 22B, Greater Noida, along 120 metres of the Yamuna Expressway. The land was given by the erstwhile Akhilesh Singh government of Uttar Pradesh to Patanjali Yoga Sansthan for the setting up of a food and herbal park there.

A division bench comprising Justices Tarun Agrawal and Ashok Kumar of the Allahabad High Court has stayed all the ongoing work at the site; however, hundreds of trees belonging to an orchard planted by a farmer, Asaf Khan, have already been felled between the first week of March this year when the land transfer actually took place under the supervision of Yamuna Expressway Industrial Development Authority (YEIDA), and the date of the order on August 30.

Khan, along with a few other farmers from Kadalpur and Rilkha villages, is a petitioner in the case. His orchard lies on 200 bighas of the land. He has said he has a 30-year lease for the land and that it was given to the Sansthan even before his lease expired. A few farmers have, however, accepted monetary compensation in exchange for their plots from YEIDA.

On November 30, 2016, then UP chief minister Akhilesh Singh handed over the allotment letter to Patanjali Yogpeeth in Lucknow. The foundation stone was laid on December 1, 2016.

The Allahabad High Court said environment is for the whole society. The government can compensate an individual but how will it compensate the entire society?

The land allotted is spread over sectors 24, 24A and 22B. Of the 455 acres earmarked for the food-and-herbal park, 430 acres is meant for industrial use and 25 acres for institutional use. Reports say that Ramdev has plans of constructing a university on this land. The university construction work has been stalled by a separate lawsuit.

According to Patanjali Yogpeeth, the university will be “first of its kind, as it will provide education that is a blend of western and eastern schools of thought”. It is slated for opening in five years.

The food-and-herbal park project entails an initial investment of Rs 1,600 crore by Patanjali Group and promises to create 8,000 jobs for local youth. It purportedly aims to produce 250 tonnes of biscuits, 750 tonnes of wheat powder and 100 tonnes of oil per day.

“We will procure the supply of milk and other raw material for food products such as ghee and oil from farmers,” SK Tijarawala, spokesperson for Patanjali Yogpeeth, has said.

However, the project will also involve the cutting down of 6,000 trees. Delivering its order on August 30 enforcing status quo on the work till the next date of hearing on September 4, the High Court bench said: “The government cannot justify its act of cutting down of trees on the basis that it will give adequate compensation to an affected individual…. Environment is for the whole society. The government can compensate an individual but how will it compensate the entire society?”

“The farmers were leased their land in 1994-95. It was a 30-year lease. This allotment is, therefore, illegal. Also, YEIDA has submitted in court that no permission was taken from it before cutting the trees. About 5,000 trees have been cut already, resulting in huge losses to the Kadalpur farmers,” the advocate representing the petitioners, Prem Chaurasia, said.