Corruption eats into the entrails of societies. while countries have anti-bribery laws, are they effective in curbing ingenious methods used by companies to do business unethically?

Corruption is endemic to most countries. While the world grapples with what is clean business, few know how to achieve it. And despite there being numerous conferences all over the world on anti-corruption principles, the irony is that there is no business without corruption. What is true for one country may not be true for another. Yet today, countries and boardrooms are exerting pressure on each other by saying they will invest in a country only if it can prove clean business practices.

In such an environment, it is pertinent to look at the most stringent of all anti-corruption laws—those of the UK and the US—which are much talked about. While the US enacted the Foreign Corrupt Practices Act (FCPA) in 1977, the UK enacted the UK Bribery Act (UKBA) in 2010. Both made it illegal to pay bribes within the country and to a foreign public official of another country. This broadly means government officials or employees of a government-run entity abroad.

UKBA covers everyone who commits the crime inside the UK, including non-UK citizens. If the act is committed outside the UK, it covers British citizens, UK registered companies, subsidiaries and third parties of businesses with operations in the UK. Therefore, an Indian business with retail outlets in the UK which pays a bribe to a public official in Bangladesh could, in theory at least, face prosecution in
the UK.

Similarly, the FCPA applies to everyone bribing within the US, even foreign corporations and individuals trading securities there. As for bribing a foreign public official in another country, it only covers employees of US companies, US citizens and US businesses.
However, despite being among the most stringent anti-corruption laws in the world, both UKBA and FCPA remain porous. Neither of them has prevented UK or US companies from bribing in foreign markets, nor do they fully cover the scope of the issue. Numerous cases prove this.

As recent as 2014, prominent British healthcare company GlaxoSmithKline (GSK) was caught in a bribery scandal in China; it was paying millions of pounds as bribes via private travel agencies to doctors, health officials and hospitals to push its products. In accordance with Chinese law, GSK was required to pay a fine of close to £300 million for bribing non-governmental officials. Another case was in 2012 when Barclays Bank was fined close to $350 million in the US and £60 million in the UK for manipulation and misquoting of the libor, i.e. average interest rates. Since it’s an average rate, it is taken using the rates of all the member banks. If this rate is low, it means the banks are doing well. These member banks colluded and paid Barclays to misquote this rate and keep it low so that they looked financially sound. Eventually, it led to market distortion and huge loses to customers and the economy.

Another lacuna in both the UKBA and the FCPA is that while they disallow bribes to foreign public officials, they leave out businessmen of these countries. This is a serious omission as is evident from the GSK and Barclays examples, where corporate scandals can erupt between one business and another.

International conventions, like the United Nations Convention against Corruption, call for legislations that criminalize both business to government corruption and business to business corruption. The reason for the omissions in the FCPA was because it was passed as a fallout of the Watergate Scandal in the 1970s.

Even the UKBA, which was enacted to replace older legal structures like the Prevention of Corruption Acts, was largely in response to reports and concerns of unethical conduct of persons in public life.

Another loophole is that the FCPA allows facilitation, transaction or “grease payments”. As a businessman if I can prove I needed to make a payment to a public official merely as a reward for an action taken, to be taken in future, or to accelerate an action when things get “stuck”, it could be allowed. This seems to imply that US laws are against grand corruption but if done on a small scale, petty corruption is not corruption. Talk about double standards.

Incidentally, inclusion of “grease payments” by FCPA was done in a 1988 amendment to the law. Why, you might ask? American firms felt they were at a constant disadvantage because their law was too strict or too naïve about what was going on in the world. This allowed other countries and foreign companies to have a
competitive edge over them. And thereby the inclusion of “grease payments”.

In the case of the UKBA, it can provide lower punishment if a commercial organization that has bribed can prove that it had mechanisms in place to prevent persons associated with it from bribing. This façade of stringency while maintaining business advantage for US and UK companies is hardly going to fool anyone.

Though the general perception is that the UKBA and FCPA are the only two anti-corruption laws, this isn’t the case. The GSK bribing case in China shows that while company officials may have been aware of their own UK laws, they probably weren’t of the Chinese law against bribing non-government officials.

As an increasing number of foreign companies come to India in the future, it is important to know their laws of bribing. According to the Department of Commerce, Government of India, many owe their parentage to the US, Singapore, South Korea, Japan, the UK, Ger-many, Hong Kong and the UAE.

Take the UAE. It criminalizes bribery, both among public and private sector employees. In the public sphere, the recipient, offeror and facilitator are all offenders, while in the private sphere, any person who accepts a bribe in violation of his duties is an offender.
Japan, too, has stringent anti-bribery laws and is one country that has a broad definition for public officials. It prohibits specific types of corporate executives from accepting or giving bribes. It prohibits:

Singapore law criminalizes giving and taking bribes, be it in the private or public sector. It applies to Singapore citizens who commit the offence there as well as abroad.

More importantly, asking others to follow anti-corruption measures cannot be the prerogative of the person with money or the country which is going to invest in another country i.e. buyers.

In the fight against corruption, all are equal, as it is everyone’s concern. Producer countries fear that if they ask many questions they will lose business, but all of them must push for their right to question their business partners on anti-corruption measures.
A two-way dialogue should begin, where countries are forced to comply with each other’s parameters based on a more universal understanding of what clean business should emerge. This applies especially to India, which must question the hazards of business corruption. Until then, this scourge will continue unabated. 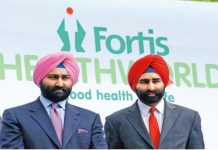 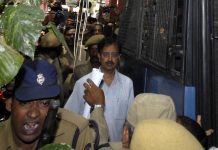 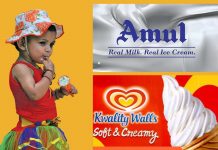