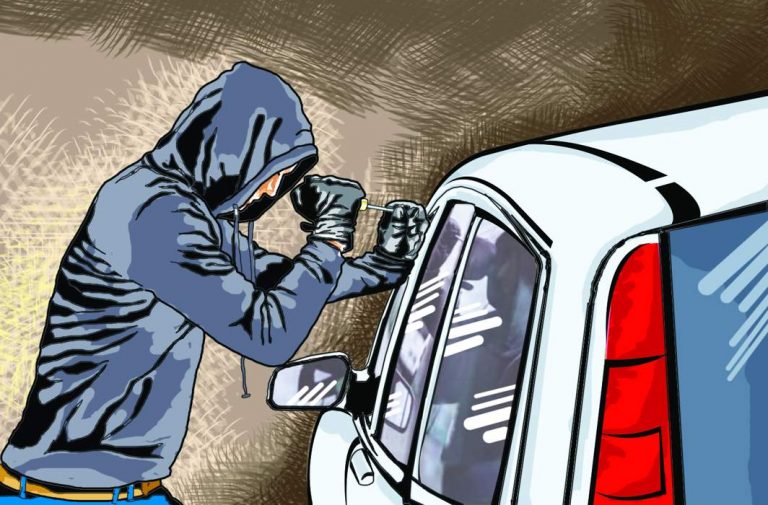 With 600 thefts in India every day, the government has approved the new unique identification technology and proposed that it should be mandatory for all auto manufacturers

Stolen vehicles are big business worldwide, giving a good livelihood to millions of smart crooks. That’s why automotive companies spend millions to provide their cars with safety features such as fancy keys and security chips in the ignition systems to stop thieves from driving off with them. Unfortunately, thieves have also become very clever, especially the tech-savvy ones, and they have been able to invent new ways to get around all obstacles.

In India, 2,14,000 vehicles were reportedly stolen in 2018, which comes to approximately 600 vehicles per day. This would mean a business worth about Rs 10,000 crore. And that is no mean feat by any standards. The numbers mentioned above are mostly for cars, but many bikes, trucks and buses were also stolen, so the business is even bigger.

The crooks mainly target new or fairly new cars or bikes, which are then re­sold second hand in some other city to avoid police notifications. But many older vehicles are also snitched and broken up and sold in the thriving components’ market.

The owner of a Toyota Innova had been assured by his car dealer that the chip-controlled ignition system in his vehicle made it absolutely safe from theft. One morning, he heard noises from under his window and saw some people in his vehicle. They ran away when he started shouting. He discovered that they had dismantled his entire ignition system. He could not start the vehicle and had it towed to the dealer who could not believe what he saw. Toyota then sent a service engineer from here and one from Japan to examine the problem. They had to modify their global safety systems.

Who said that Indians are not smart? They are also inventive in other ways. A friend working for a foreign embassy also bought an Innova. One day, his driver was routinely washing and cleaning it outside his house with the key left carelessly in the ignition. Two young men on a motorcycle came and told him that the rear tyre was punctured. The gullible driver went to the back to see and one of the bikers got off and drove away with the car. The poor owner did not even get compensation from the insurance company as they said that the vehicle had been lost because of his carelessness.

The auto industry breeds smart crooks in every country. Some years ago, a notorious Italian car thief had boasted that he could steal any car when he was arrested. His statement raised considerable debate and one of their TV stations took up his challenge to break into a car specially equipped with every available safety gadget. He demanded that he have his special tool kit and TV viewers were then fascinated as they watched his inventiveness as he systematically by­passed every mechanical and electronic device and defeated all the barriers after two hours.

The Delhi police reported that despite computerisation of all their systems and computer linking with the police stations in other states, auto thefts have continued to rise and increased by 13 percent to 44,158 units in 2018. Motorcycles and scooters were 75 percent of these, but cars at 18 percent were the most valuable targets. Only 4,600 vehicles or just 10.4 percent were recovered. Electronic surveillance with increasing numbers of CCTV cameras have made the thieves more cautious, but the impact has not been great as the crooks are professionals in a lucrative business and carefully check out the places where they plan to strike and know where the cameras are located. GSP-using tracking devices like “find my phone” features in many smart phones are now available but have not been used much in automobiles. Crooks can also get devices to locate these hidden chips. A few clever gadgets are even available on Amazon.

There is, however, a new technology that the crooks will find much more difficult to dodge and that is microdots. Here, thousands of tiny, nearly transparent squares of about half a millimetre in size can be sprayed everywhere on a car or bike. These amazing microchips are etched to carry a tiny VIN (Vehicle Identification Number) and PIN (Personal Identification Number) so that every vehicle and component can easily be traced to its owner later on. The application is easy—a small spray painting device will spray a water-based adhesive containing the microdots to any part of a car or bike. The dots are almost invisible and no trace of the adhesive solution will interfere with the vehicle owner’s comfort. A small magnification device is all that is needed to read the VIN and PIN numbers under ultraviolet light. It is a simple and inexpensive technology.

South Africa began using this technology in 2012 and it is also being used in many states of the US. The results are reportedly very satisfactory but the system has not been adopted by many other countries. While auto companies will install the microdots in all their new cars, citizens can also have their old cars treated. In fact, they can also spray microdots onto jewellery, paintings and other treasures. The process is not expensive and an investment of about Rs 1,000 is something that many vehicle owners would happily pay.

Auto theft is a major worry for every citizen. And that is why the Ministry of Road Transport and Highways issued a draft notification for motor vehicle rules that proposes to make these microdot patches mandatory for all Indian automotive manufacturers. The complete system is being finalised by the technical standing body for framing central motor vehicle rules. Amending Indian law requires debate and time-consuming reviews before the new rules are notified.

This is a matter that is so obviously of public benefit and non-controversial that the government needs to fast-track the process so that this system becomes available soon. The crooks had better watch out now.