The faujis are unflinching in their commitment to protect our border. Why then do political parties deny them their due?

The LoC between India and Pakistan is not the only hotspot for the armed forces right now. Another battle, albeit bullet-less thank God, is heating up in our own backyard. Here, our men in uniform, represented by veterans, are once again engaged in a crusade for what they believe is justly theirs. And this political war has already produced a hero—veteran Subedar Ram Kishan Grewal of the 105 Infantry Battalion. He recently committed suicide.

This tragedy, which has caused nationwide anguish and an outpouring of street and social media protests from ex-servicemen, has re-ignited the One Rank, One Pension (OROP) debate. You thought it had all been settled, and the pitiable sight of ageing vets protesting at Delhi’s Jantar Mantar had evanesced like a bad dream? Not by a long shot.

Subedar Grewal killed himself because he was incensed over what he perceived to be a gross injustice and breach of faith by the government. He did not receive what he was informed he was entitled to under the OROP scheme passed by the Narendra Modi government.

What’s going on here? Why is the BJP squandering the goodwill of the fauji community, a large chunk of which rallied around Modi to give him and his party one of the largest landslide victories in recent electoral memory?

Opposition leaders like Rahul Gandhi, Arvind Kejriwal and Jyotiraditya Scindia found the gallant subedar’s tragic suicide the perfect theatre for street drama as they courted arrest (Rahul with a bunch of supporters screaming “Rahul Gandhi ki jai”) near Ram Manohar Lohia Hospital in a lachrymose display of public sympathy for the deceased and his bereaved family.

Unfortunately, this whole issue of pension parity for retired servicemen, going back decades, has become a political drama. It bounced on to center-stage on September 15, 2013, in Rewari, Haryana. Modi began his national election campaign debut here immediately after being anointed the BJP’s prime ministerial candidate.

At this mother of all rallies attended by 1,00,000 people, the aspiring PM, accompanied by  former Army Chief General VK Singh and former Army officer and Olympic medalist Rajyavardhan Singh Rathore, pledged to implement the decades-old demand by India’s vets for OROP within 100 days of assuming office.

The gap between promise and performance is what is causing today’s upheaval. In a nutshell, the faujis are peeved with what they say is a total falsehood. Government spin doctors have blitzkrieged the media with the assertion that OROP has been implemented as promised. But the aggrieved pensioners argue that this is blatant dissimulation: All that has happened is a one-time enhancement of the pension with a revision every five years instead of a yearly increase.

To rub more salt into the wounds, spokesmen supporting the government have decried the protestors’ demands as “greed”. This, above all, has devastated the faujis’ sense of honor—their izzat—which many consider more important than life itself. The judiciary entered the fray when Justice Dipak Misra of the Supreme Court asked the government to answer the assertion that the Modi government had watered down the OROP scheme to the detriment of the vets.

In the latest development, Justice L Narasimha Reddy, retired chief justice of the Patna High Court, has submitted its report to the government, which, sources say, validates many of the grievances of the protesting vets. But for some strange reason, it is being kept under wraps.

Maj Gen Satbir Singh (retd), chairman of Indian Ex-Servicemen Movement (IESM), has said for the record: “Justice Reddy has submitted the report on Oct. 25, then why is it kept confidential? It is not about operations details. It is about the welfare of soldiers. Let them put it out.”

As The Hindu succinctly put it: “The major demands of the veterans are equalization of pension annually and not five years, personnel opting for Pre-Mature Retirement (PMR) should also be eligible for the OROP, implementation from April 2014 and not July 2014, take the highest pay scale of 2013 for revising pension and not the average of the maximum and minimum as intended by the government and not to link the OROP with the Seventh Pay Commission.”

Perhaps Rajya Sabha MP Rajeev Chandrasekhar, member of the Standing Committee on Information Technology and member of the Consultative Committee on Finance should make the Reddy report public. There is no reason why it should be treated as a national security secret.

Chandrasekhar, who is an activist for defense personnel causes, also rightly points out that the OROP mess is not entirely the creation of the Modi government. It has deeper roots, some of which germinated during the Congress regime. So he finds the Rahul Gandhi protest at which his followers were screaming his praises, an example of crass exhibitionism.

On November 4, Chandrasekhar penned a personal “Dear Rahul” letter to the Gandhi, excerpts of which are worth reproducing because they shed considerable light on the background of the vexatious OROP controversy:

“Most Indians are anguished about the sad and tragic suicide of Veteran Subedar Ram Kishan Grewal of 105 Inf. Btn TA and DSC. I suspect you were trying to convey your deep feeling and concern by visiting the family of the Veteran at Ram Manohar Lohia hospital along with an entourage shouting ‘Rahul Gandhi ki Jai’.

“However, may I respectfully suggest that going with an entourage shouting ‘Rahul Gandhi ki Jai’ to a hospital full of patients and worrying relatives may not be the best way to show your recently discovered concern for Veterans.

“I say recently discovered because you and your successive UPA Government’s actions and conduct on One Rank, One Pension (OROP) are there in the public domain and worth reiterating..

“Let me jog your memory. While I have raised the demand for OROP since I stepped into Parliament in 2006, it was during the terms of the Congress-led UPA-1 and UPA -2 that I wrote several letters to and had several meetings on the matter with the then Prime Minister, Defence Minister, Chairperson UPA and also to you urging for implementation of the long pending OROP. All of them were met with either a ‘can’t do it’ or a stony silence. There was even a Parliamentary Committee of Petitions under Shri Koshiyari that studied a petition that I was instrumental in submitting and even its report submitted in 2011 was ignored by the UPA government.

“I had first written to you on OROP and other Armed Forces related issues way back in 2011, but you neither replied to it nor took any action. It probably wasn’t politically ‘interesting’ enough for you then. It took you years to even mention and get to that issue—and even then it was only before Elections 2014 as a pre-poll election stunt.

“It was then that I wrote to you in February 2014 where I lauded your belated interest, reminding you of how belated it was with a list of all my letters written to then Prime Minister, Defence Minister, Congress Chairperson and yourself requesting you to address the serious issue and prevent further alienation and disenchantment in the Veteran community.

“Even when the OROP was hurriedly announced by your Government prior to Elections, adding insult to injury was your Finance Minister allocating a mere Rs 500 crore—a cruel joke which would not have been enough for enhanced pensions for even 10% of the Veterans.

“It took the current Government, despite serious objections from the Finance Ministry about the fiscal implications, to announce and implement OROP—costing almost Rs 8,300 crore per annum and a one-time cost of more than Rs 20,000 crore—correcting a four-decade-old injustice perpetrated on our Veterans. Because, as its worth reminding you, in 1972-73 it was Smt. Indira Gandhi, then Prime Minister who in one stroke terminated OROP after the 1971 Indo-Pak War. In 2002, Congress President Sonia Gandhi spoke and advocated for OROP at a political rally, but then followed it up with being in power until 2014 and not having it implemented. The Congress in 2004 even included the OROP in its manifesto promising a solution, but spent the entire term and then the next denying the same to the Veterans.

“When I joined the Veterans in their protest in December 2008 as they sat for a relay fast at Jantar Mantar or when the Veterans marched to Rashtrapati Bhawan in 2009 surrendering their medals to the President for non-implementation of OROP, I do not recall you or anyone in your party saying a word in support or doing anything about it.

“You may want to be reminded that it was this refusal to implement OROP by the Congress-led UPA Government that led me to facilitate a petition by citizens and Veterans to the Committee of Petitions, Rajya Sabha, that resulted in the Koshiyari Committee report of 2011, tabled in Parliament only to have your UPA Government respond thus—‘Not possible because of administrative, financial and legal complications in implementation of the OROP scheme.’

“My repeated letters and interventions in Parliament continued through the regime of Congress-led UPA -1 and UPA -2 and never once do I recall you showing solidarity with the struggle of the Veterans. In August 2010, I declined to accept the salary hike given to MPs until the OROP issue was settled completely.

“There’s much to be reminded of on the larger aspect of welfare of Armed Forces and Veterans—like the UPA Government’s track record on welfare and key issues like lack of voting rights for Armed Forces, lack of adequate housing for serving forces and families, etc. or maybe these are issues that are not currently politically interesting enough.

“Rahul—I accept the premise that yours may be a case of belated wisdom and compassion dawning. That is a good thing. But it’s a bit trite to assume that past records of political parties will be forgotten and that the country doesn’t realise how far we have come in the cause of serving and repaying our Veterans in the past two years compared to the past four decades.

“Yes, there are some pending complex issues in OROP, including some fundamental issues to ensure consistency with the definition of One Rank, One Pension. These were referred to the One-Man Judicial Committee set up to look after these anomalies. This Committee has only recently submitted its report and we should look to them.

“The death of Subedar Grewal is a terrible blot on a nation that takes pride in its Armed Forces and the tradition of service and sacrifice they represent. It is indisputable that over the past several decades, the Defence Ministry and bureaucracy has become apathetic and uncaring to the plight of our Veterans, widows and serving forces and their families.

“There is no doubt that this needs changing and transforming and that must be where the genuine political anger, if any, must be focused. Grandstanding and political opportunism tends to stale rapidly and hypocrisy even faster.”

Point taken, Mr Chandrasekhar. But your letter further strengthens the belief of those whose comment on this issue is a terse, “a pox on both their houses”. 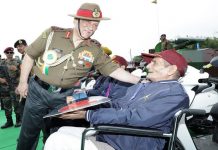 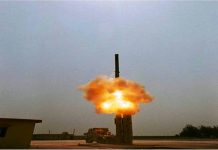 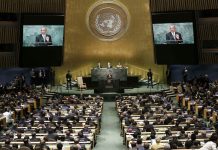