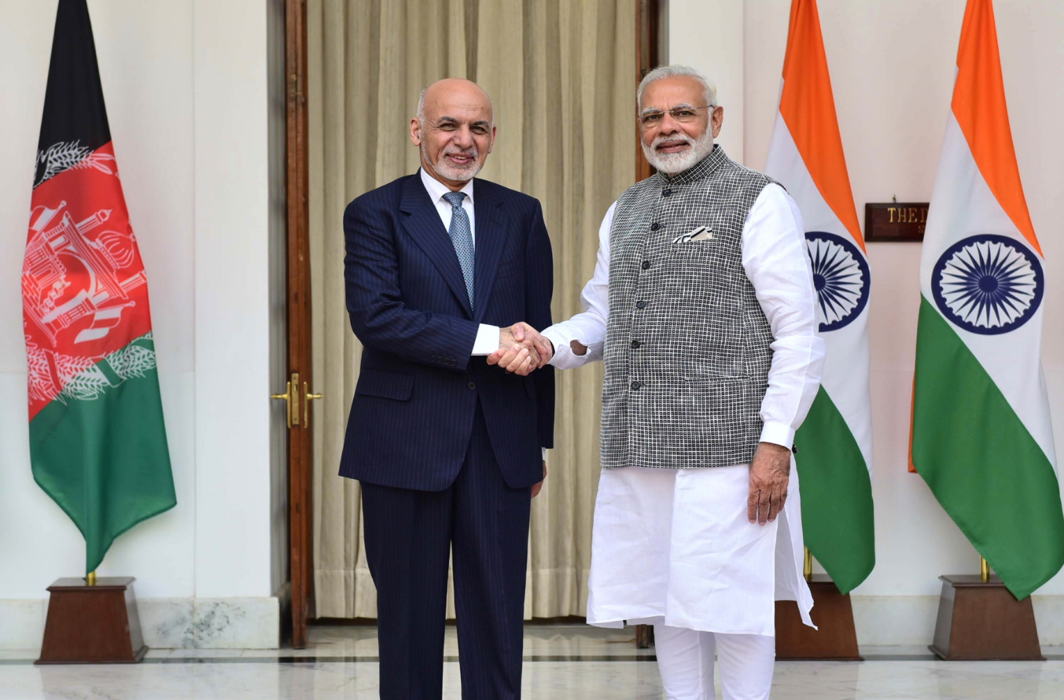 Above: Ashraf Ghani, President of the Islamic Republic of Afghanistan being received by Prime Minister Narendra Modi for a meeting at Hyderabad house, in New Delhi (file pic)/Photo: UNI

The abduction of seven Indian engineers working in Afghanistan’s northern Baghlan province on Sunday, once again underscores President Ashraf Ghani’s fragile hold on the country. After 17-years of effort by the international community, led by the US and its NATO allies, there is not much change on the ground. There is no security for either ordinary Afghans or foreigners working in the war ravaged nation.

In 2001, when the Taliban was thrown out by the US troops, the aim was to rid Afghanistan of fundamentalist forces and build up the Afghan National Defense and Security forces (ANDSF) to eventually take charge once the foreign troops left. However since the majority of US forces as well as NATO soldiers withdrew from Afghanistan in 2014, matters have gone from bad to worse. The Ashraf Ghani government controls just about 50 per cent of the country. Some say it is even less. In the last few years there has also been large scale desertion from the security forces. The rest is controlled either by the Taliban or different warlords. What is worse is that ISIS fighters, having lost territory in Syria and Iraq have been gradually moving to Afghanistan, where several radical groups have taken up residence, considering Kabul’s control is the outlaying provinces are quite tenuous.

So far there is little news of what happened to the seven Indian nationals. Why were they kidnapped and by whom? Considering that abduction for ransom is common in Afghanistan, it could be the work of any of the several criminal gangs who live by extortion. Or it could be the Taliban as some Afghan officials are saying.

The Taliban, mainly the Haqqani network within the outfit, had in the past targeted Indian interests in Afghanistan. In 2008, a car bomb rammed into the Indian embassy in Kabul, killing the defence attaché and a young foreign service officer. Besides the Indians, 58 others were killed and over a hundred wounded. Soon afterwards Afghanistan declared that the Haqqani network was behind the suicide attacks. Later Western intelligence confirmed this. During that period there were several attacks on Indians and those working on the strategic Delaram-Zaranj highway, which was to link Afghanistan to Iran and thereby facilitate trade through the Chabahar Port in Iran, were often attacked. As Indian goods are not allowed to pass through Pakistan, Delhi felt this was a suitable way to circumvent Pakistan. Goods would be shipped to Iran’s Chabahar port and taken by road to Afghanistan.

The strikes were an effort to intimidate and frighten India out of doing development work in Afghanistan. Pakistan is alleged to have used its excellent ties with the Haqqani network to target Indian assets in the country. Pakistan’s deep state, which had pushed for strategic depth in Afghanistan, was upset at India’s close political links with the Afghan government.

The feeling was that Indians were spread out in what was virtually its backyard. The next year again the embassy was attacked but there were no Indian casualties. India not only had an embassy in Kabul, but had opened consulates in Herat, Kandahar, Mazer-e-Sharif and Jalalabad. Islamabad accused India of using its consulates in Afghanistan of working against Pakistan and funding and arming Baloch rebels in its restive Balochistan province. Indian consulate in Herat was attacked in 2014, in 2010, two guest houses were attacked in Kabul where among those killed were nine Indians, including a young doctor, an engineer, a member of the Indo-Tibetan Police Force, a tabla player a teacher and a official of the consulate in Kandahar. The consulates were also under attack several times but without success. But in the last few years the attacks on Indian interests had subsided considerably.

There have been abductions of Indians before this also. An Indian aide worker, Judith D’souza was kidnapped in Kabul in 2016. A month afterwards she was rescued. In 2014, Catholic priest Father Prem Kumar was kidnapped in Herat but released the next year. Hopefully this time round, the seven Indian engineers would be rescued.

The ministry of external affairs is not saying much, considering the sensitivity of the issue as an all out effort is on to get the men back home safely. The engineers were working for a power company belonging to the RPG group, and were on their way to inspect a sub-station, when they were abducted by armed men. India is getting full cooperation from the Afghan authorities. Kabul is pointing a finger at the Taliban. But the Taliban has denied the responsibility.

There is some speculation here that the latest abductions could be related to the recent buzz that India and China would do joint projects in Afghanistan. After the informal summit between Prime Minister Narendra Modi and President Xi Jinping in Wuhan late last month, there was talk of collaboration in Afghanistan. This certainly won’t be music to Pakistani ears. The Pakistanis have never hidden their opposition to Indian presence in Afghanistan and now with news of China and India working together in its backyard, will certainly not be welcome.

There is a view in Delhi, that a section of Pakistan’s deep state may have signaled to the Taliban to once again target Indian assets. However there is no evidence to prove this.

There is some loose talk in Delhi of Pakistan’s spy agency, the ISI, taking preventive action against further expansion of Indian footprint, by asking the Haqqani squad in Afghanistan to begin a fresh round of assaults on Indian interest. All this is at the moment nothing more than speculation. One can only wait and watch. 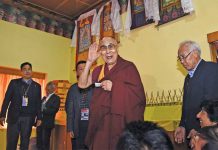