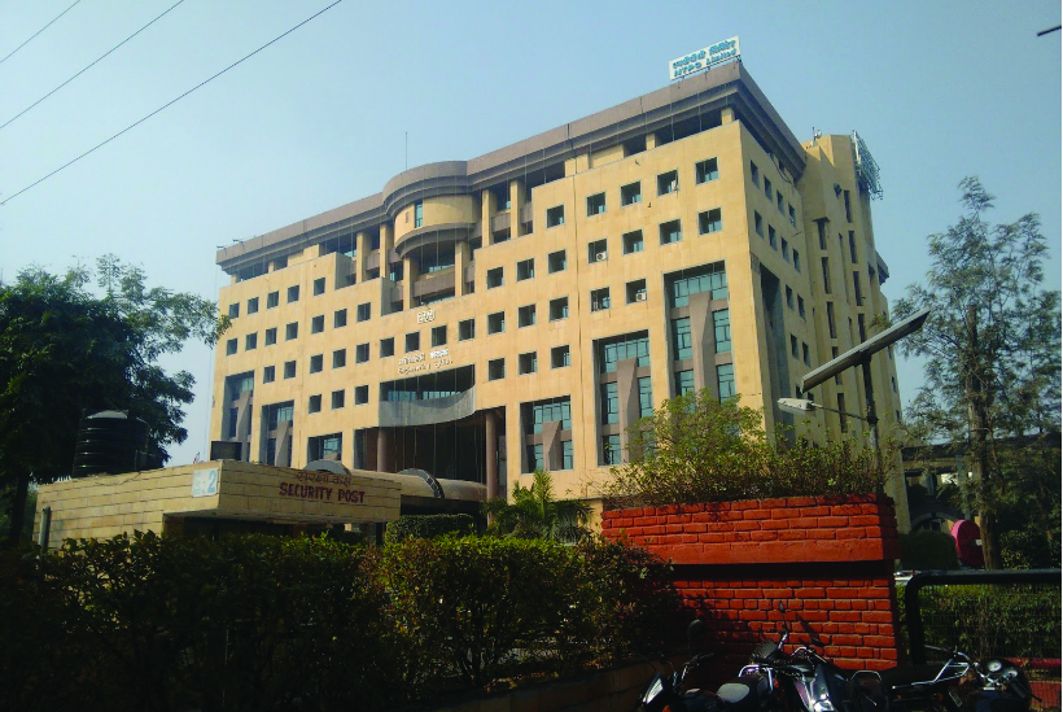 Above: NTPC headquarters in Noida

The CBI has filed a case against Kulamani Biswal, the finance director of NTPC for accepting Rs 5 lakh as bribe and searched his residence

A case of bribery has come to light in the state-run NTPC and involves Kulamani Biswal, the finance director of the Mahanavratna company. He has been placed under suspension and his residence at Asian Games Village searched by the CBI. An FIR has been lodged by the investigating agency against Biswal and two other individuals from whom Biswal allegedly accepted a bribe.

While the amount of the bribe (Rs 5 lakh) seems a pittance in this era of multi-crore scams, the fact that it was allegedly paid to a top official of NTPC shows that corruption is inherent in the system. Other individuals named in the FIR are Rohit Reddy Bathina, director of BGR Mining and Infra Pvt. Ltd., and Prabhat Kumar, who allegedly handles Bathina’s work in Delhi.

BGR Mining has been associated with NTPC since late last year. On November 13, 2017, NTPC Ltd awarded two of its coal blocks, Chatti Bariatu and Talaipalli (both in Chhattisgarh), to BGR, with contracts being signed 15 days later.

India Legal, Biswal had planned a foreign trip on December 8, 2017, with his wife and daughter who were in Bhubaneswar.

A day before his departure (on the day the FIR was lodged) Prabhat Kumar met Biswal. The FIR says: “… during this meeting he (Kumar) engaged Shri Rohit Reddy Bathina to arrange US dollars equivalent to Rs 5 lakh for him for the trip abroad. Sh Rohit Reddy Bathina offered to deliver the same at Delhi or Bhubaneswar. Sh Kulamani Biswal then asked Sh Reddy to give him the cash in Indian currency at Delhi itself which he would convert to USD himself.”

The CBI has quoted “a reliable source” in the FIR regarding all this. The agency said that the amount was transferred through hawala channels—though why anybody would transfer such a small amount through hawala remains debatable—and paid to Biswal at his residence.

The CBI alleges in the FIR: “Biswal, being a public servant has attempted to obtain for himself valuable things… from … BGR… with whom he has been dealing.” Sections of the Prevention of Corruption Act applied in the FIR are 11 and 12 which deal with such conspiracy. 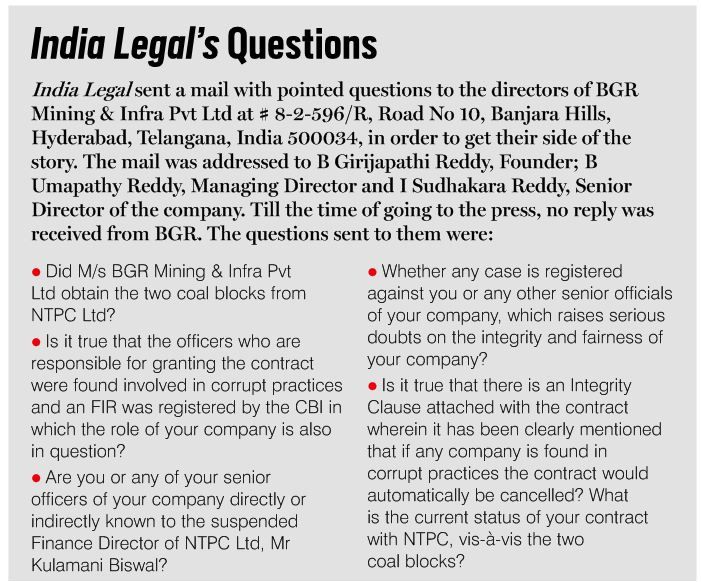 The issue becomes more serious in the backdrop of an Integrity Pact that BGR signed with NTPC. This is an integral part of bid documents, and Section 2 of the Pact clearly states: “The bidder/Contractor commits and undertakes to take all measures necessary to prevent malpractices and corruption.” It further says: “The Bidder/contractor, undertakes not to directly or through any other person or firm offer, promise or give influence to any employee of the owner associated with the Bidding process… any material or immaterial benefit which he/she is not entitled, in order to obtain in exchange any advantage of any kind…”

In case provisions of Section 2 are violated, Section 3 states that if the parties have: “…committed a transgression… the owner shall be entitled to disqualify the Bidders(s)/ Contractor(s)… or terminate the contract, if signed on that ground.” Hence, NTPC has to immediately terminate its contract with BGR.

The FIR has added IPC 120B, which is about criminal conspiracy and is a serious transgression. The conspirator can receive as much punishment as the person committing the crime.