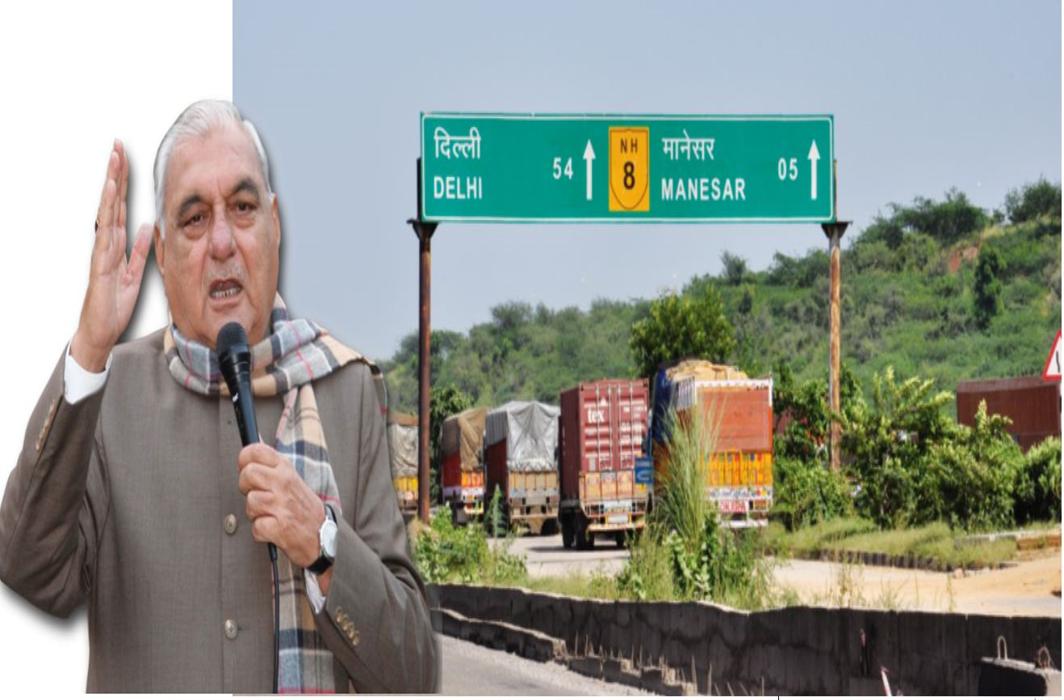 Above: Manesar is the site of an industrial township project and a huge land scam

The former CM’s deals, which deprived farmers of crores, have come to haunt him as the CBI has filed a chargesheet against him and 33 others. But this is just the tip of the iceberg

It took only a few months for hundreds of farmers to get deprived of crores to the benefit of land sharks and builders near Gurgaon in 2005. All because of a threat of compulsory acquisition of land following a notification under Section 4 of the Land Acquisition Act which was later withdrawn by the then Bhupendra Singh Hooda government.

Those were the days when governments paid peanuts for compulsory acqui­sition of land for public use—in this case for an industrial model township at Manesar—and took excruciatingly long to pay even the menial price. Land sharks who obviously had an idea that the land under question could yield gold, stepped in to help the worried farmers. They offered them four times the money they would have got from the government as per the collector rate and that too, immediately and in cash if they so desired.

Many farmers fell into the trap and happily took the money offered by realtors. Little did they realise at that time that the actual worth of the land was several times more. Of the 912 acres notified for acquisition, over 400 acres was thus sold within those 22 days.

All that those who purchased the land, perhaps back-dated, needed to do was get a Change in Land Use (CLU) permission from agricultural land to commercial. The permission escalated the price of land many times over. The Hooda government was known to be liberal in granting such permissions and those in the know minted money. Thousands of such CLUs were granted, leading to the belief that there was an organised racket.

Thus, in the Manesar land scam, as it came to be known, farmers lost crores. For example, if the government was to pay them Rs 25,000 for a piece of land, land sharks paid them Rs 1 lakh immediately, but made at least Rs 4 lakh for the same piece of land after obtaining CLU. It is estimated by investigators that the notification led to distress sale of about 400 acres for Rs 100 crore, while the de-notification quickly followed by CLU shot up the price of the land to at least  Rs 1,600 crore. In other words, the farmers were deprived of at least Rs 1,500 crore due to notification and de-notification within 22 days.

These figures were reflected in the chargesheet filed by the CBI against Hooda and 33 others in a special CBI court recently. Evidently, the charge sheet was filed after intense investigation and research, with the result that it comprised no less than 80,000 pages! The documents were carried in two big almirahs to the courtroom by eight men. It would mean a long haul for Hooda and his associates who are named in the chargesheet.

Besides Hooda, the chargesheet includes the names of ML Tayal, the then principal secretary to the chief minister, Chattar Singh, former additional principal secretary to the CM (later a member of the UPSC) and SS Dhillon, former director, town and country planning. The chargesheet also includes 22 companies belonging to private builders, including Atul Bansal, a director of ABW Infrastructure Limited, who is believed to be among the top beneficiaries. They have been charged un­der Sections 420, 465, 467, 468, 471 and 120-B of the Indian Penal Code and under the Prevention of Corruption Act, 1988.

Hooda has denied the charges and said these were “politically motivated” and that there were no irregularities. His political rivals in the Congress, besides those in the INLD and the BJP, are obviously delighted.

But this was not the only ghost of the past that has come back to haunt Hooda. There are nearly half-a-dozen major cases in shady land deals which are under the scrutiny of the BJP government led by Manohar Lal Khattar. They are being investigated by the CBI, the Enforcement Directorate and the Haryana Police and its Vigilance Bureau.

It is said that the conversion of land use had turned into an organised racket during the Hooda regime. Last year, the Haryana Lokayukta recommended registration of FIRs against five former Congress MLAs for allegedly accepting bribes for getting lucrative CLU permissions. INLD leaders had submitted several audio and video recordings in which these MLAs could be heard seeking bri­bes to get the CLU permission. While the MLAs claimed that the tapes were forged, forensic examination ordered by Lokayukta established that the recordings were not tampered with. He declared that prime facie, a case was made out against the MLAs and further investigations should be initiated. The Khattar government is sitting on the recommendations and may book them at a suitable time. It is likely that Hooda, who gave the permissions, would also be made one of the accused.

The CBI had already booked him in a case relating to re-allotment of prized land to National Herald at Panchkula in 2005. Senior Congress leaders, including Sonia Gandhi, Rahul and Priyanka, have a stake in the newspaper which is published by Associated Journals Limited (AJL) and was founded by the first prime minister, Jawaharlal Nehru. AJL was allotted prime land measuring 3,360 sqm in upmarket Sector 6 of Panchkula way back in 1982 by the then chief minister Bhajan Lal. However, the company did not complete construction of the building during the stipulated time despite several reminders.

The allotment was cancelled during the regime of Indian National Lok Dal’s Om Parkash Chautala and the land was “resumed” by the government. Hooda, who was catapulted to power in 2014 due to his proximity with the Gandhis, sought to return the favour by re-allotting the land despite there being no legal provision to do so. In the process, he ignored the advice of senior officers and even his advocate-general. He himself signed the file in the capacity of chairman of Haryana Urban Development Authority (HUDA). Not just that, he re-allocated it for merely Rs 59 lakh when the estimated market price of the land was over Rs 23 crore. For a process that normally takes several weeks, if not months, the entire mutation was completed in one day. The Vigilance Bureau has filed an FIR and named Hooda as the prime accused.

The CBI had also registered an FIR against Hooda in a case relating to the allotment of 14 prized industrial plots in Panchkula when he was chief minister. Although he has not been named in the case, he is the main accused in the allotments in his capacity as HUDA chairman then. The plots were allotted in 2013 to persons who were either related to Hooda or were close to his associates. They measured about 500 sqm to 1,200 sqm and were allotted at a throwaway price. Norms were flouted and arbitrary selection was done as per the preliminary report of the Haryana Vigilance Bureau.

Interestingly, the criteria for allotments was approved after the last date of inviting applications had expired.

The changes were not advertised, evidently to favour the chosen ones. The beneficiaries included Renu Hooda, wife of a nephew of Bhupinder Hooda; Nandita Hooda, wife of a former senior additional advocate general; Mona Beri, daughter-in-law of an Officer on Special Duty to the CM and Aman Gupta, son of a former Congress MLA, be­sides other people known to be close to Hooda. What is more, several of the project reports submitted by the applicants were either identical or incomplete.

The Khattar government has perhaps kept its “brahmashastra” for the most appropriate time. The BJP had made a big issue of the land deal involving Robert Vadra, son-in-law of Sonia Gandhi. Vadra’s company, Skylight Hospitality, had purchased about three acres in Manesar for around Rs 7 crore soon after Hooda took over as chief minister. It was agricultural land and the company got a CLU permission to convert it into commercial use. Within a few months, the company sold it to DLF for a whopping  Rs 58 crore.

Subsequently, controversial Haryana IAS officer Ashok Khemka cancelled the mutation, but he was overruled by the Hooda government. The Comp­troller and Auditor General of India had also indicated irregularities in the controversial deal. Even though Vadra has been claiming that there were no irregularities, the BJP government is likely to bring it back to focus before the next elections.

Hooda has a long battle ahead.