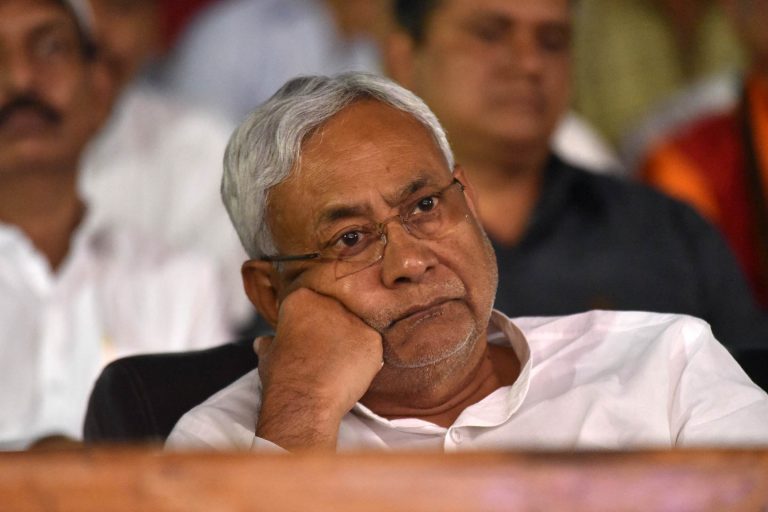 The wheels of justice are known to grind very slowly. But turn they do, although in many cases the wait may involve years if not deca­des. On January 31, 2019, a full 28 years after a case of murder was registered against Nitish Kumar, the Patna High Court reserved judgment on the Bihar chief minister’s petition seeking quashing of cognisance taken against him with the chief minister’s counsel informing the Court that the case was nothing but “political vendetta”.

The Court has not indicated a specific date for pronouncement of the judgment, but an early—and adverse—verdict could spoil the carefully crafted plans of the Bihar Janata Dal (U) leader to take upon himself a larger role in national politics in the run-up to the Lok Sabha elections.

The case that has come back to haunt him after nearly three decades relates to the murder of a Congress worker, Sitaram Singh, on November 16, 1991, while repolling was being held in some booths during the elections to Barh Lok Sabha constituency in Patna district. The next day, an FIR was lodged by Ashok Singh, who claimed to be a relative of Sitaram, in which he accused Kumar and several others of hatching a conspiracy to kill Sitaram. Kumar was the Janata Dal candidate in the contest which he went on to win.

The FIR, a copy of which is in the possession of India Legal, states that “Sitaram and Rajaram along with known people had gone to cast their vote in the elections. At the east of the polling booth, the group saw Nitish Kumar, a candidate of Janata Dal, Yogendra, the then Mokama MLA, Dilip Kumar Singh, Dularchand Yadav, and Baudhu Yadav, along with other criminals armed with pistol, rifle, and gun. Suddenly, Nitish, with a deliberate intent of killing Sitaram, fired at him. Sitaram died on the spot.” According to complainant Ashok Singh, four other persons—Suresh Singh, Mauli Singh, Mannu Singh and Rambabu Singh—were injured in the incident. The court of then Additional Chief Judicial Magistrate (ACJM), Barh, Ranjan Kumar, had issued summons to Kumar and Dularchand Yadav under Section 202 of the CrPC. The summons were issued on the basis of statements by two witnesses, Ramanand Singh and Kailu Mahto.

The case thereafter was to take a lot of twists and turns.

In the years since, the case has come in handy for Kumar’s detractors to target him with former ally-turned-bitter foe Lalu never sparing an opportunity to hit out at Kumar. In his inimitable style, Lalu once tweeted: “Bihar has a murderer in whose stomach there are teeth. He has bitten several leaders and political parties and the poor with his poisonous teeth.” In another tweet, the RJD leader said, “…under Nitish, Bihar has the dubious distinction of seeing a state whose self-declared patriot CM faces grave charges of murder.”

While Kumar awaits the High Court verdict, some respite has come his way from the Supreme Court on a PIL that was an offshoot of the Barh murder case. In July 2017, ML Sharma, a Delhi-based lawyer, had filed the PIL in the Supreme Court seeking cancellation of Kumar’s election to the Bihar Legislative Council on the ground that he had allegedly concealed the pending criminal case against him in the affidavit he filed before the Election Commission. Sharma also claimed that Kumar had hidden his criminal records while filing election affidavits since 2004, except in 2017.

In September the same year, in response to the notice from the apex court, the poll body submitted that the chief minister was obliged to disclose any criminal record against him only after cognisance of an alleged offence was taken by a magistrate. He had made such a declaration in the prescribed form in 2012, the commission said, and also pointed out that no such disclosure was required to be made by Kumar post-2012, as he had not contested any election since.

In May last year, the apex court dismissed Sharma’s PIL, saying it was “devoid of any merit”. Sharma, who has a reputation of being a “serial petitioner” filed another PIL, seeking a CBI investigation into the alleged manipulation of Kumar’s election affidavits and charged the chief electoral officer of Bihar of aiding the chief minister. He pulled in the Election Commission and even the Prime Minister’s Office as respondents. The court slammed the advocate while throwing out the PIL. Earlier the central Election Commission, too, had called the PIL “frivolous”, “based on incorrect facts” and “without any cogent evidence”.

Nitish is without doubt a charismatic leader and an efficient administrator but he knows his hopes of playing a pivotal role in the forthcoming pre-and post-poll arithmetic will depend to a large extent on what the Patna High Court has to say on the nearly three
decade-old murder case.