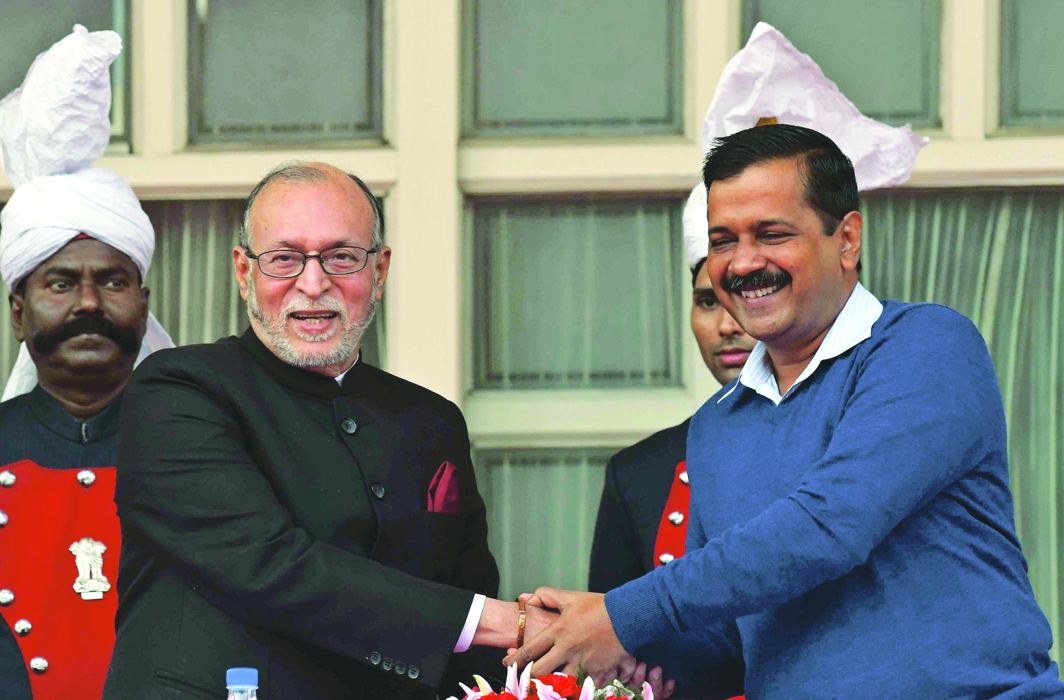 Stung by Delhi chief secretary Anshu Prakash’s allegation that he was assaulted by two Aam Aadmi Party (AAP) legislators during a late-night meeting at the official residence of chief minister Arvind Kejriwal recently, the AAP government has drafted a plan to live-stream all meetings between ministers and their bureaucrats.

The radical proposal, which comes at a time when the credibility of the AAP government is on a steady decline, if implemented, would open the closed-door machinations within the government to enormous public scrutiny. In effect, it would lead to what the iconic character of Jim Hacker in the celebrated BBC tele-series Yes Minister termed as “Open Government”.

There is, however, a possibility of Kejriwal’s plan meeting the same fate that nearly all brilliant ideas of the bumbling Hacker met with—utter disaster.

Ever since his party was voted to power three years ago with an unprecedented 67 seats in the 70-member Delhi Assembly, Kejriwal has been struggling to run his government.

The antagonistic relations between his government and the BJP-led centre, his inability to transition from Anna Hazare’s chief protestor to Delhi’s chief minister, his propensity for histrionics and his petulance whenever the lieutenant-governor and senior bureaucrats red-flag a proposal forwarded by him or his ministers—have collectively turned Kejriwal into a caricature of what he was when the people of Delhi voted for him.

The proposal to live-stream all meetings between his ministers and bureaucrats—with the exception of those where “confidential” matters are discussed—will have far-reaching implications.

The hurdles for such a move are many. How to censor what can and cannot be shown? What happens if in the course of a routine meeting, a matter that is “confidential” is suddenly brought up? Would the fear of every word and action being broadcast not deter bureaucrats and politicians from speaking freely?

Former chief minister Sheila Dikshit, who ruled Delhi for 15 years before the Congress’ rout at the hands of AAP, told India Legal: “Delhi had voted for Mr Kejriwal in the hope that he would deliver on his tall promises. What happened to these promises? All we see are advertisements but there is no evidence of what has been achieved. They had said all of Delhi will have free Wi-Fi and CCTV. What happened? Now they are saying they will live-stream meetings. I don’t think anyone takes AAP seriously anymore.”

Recalling her years as Delhi’s chief minister, Dikshit said: “Never in my 15-year stint as CM did I see a situation when there was such antagonism between ministers and bureaucrats. The first chief secretary I had, was appointed by the previous BJP government of the state but I continued with him and there was never any discord.”

Bureaucrats in the Delhi government are currently agitating against the alleged assault on the chief secretary. A senior AAP functionary told India Legal: “There had always been a trust deficit between the state’s bureaucracy and our government and only a handful of babus cooperated with Kejriwal while the rest were trying to sabotage our work on the instructions of the centre. Recent events have only exposed this trust deficit to the public. Live-streaming will put the government and the bureaucrats under check and show the people that our government is working for them despite roadblocks.”

Saurabh Bhardwaj, AAP’s chief spokesperson and Greater Kailash MLA, confirmed to India Legal that a “cabinet note on live-streaming has been nearly finalised” and that “we want to move towards a mechanism wherein even meetings of various Vidhan Sabha committees can be opened streamed live on social media platforms like Facebook”. Sources close to Kejriwal said that the Delhi government’s IT department is developing a system through which the common man can track which public servant—minister or babu—is dealing with a request/application moved by him, remarks that have been made on the file by an officer or minister, etc.

The proposal to live-stream meetings through a dedicated portal comes at a time when the Supreme Court has admitted a petition by senior advocate Indira Jaising demanding similar broadcast of court proceedings on matters of “national importance”.

The BJP, which has constantly been in Kejriwal’s firing line, sees the live-streaming proposal as a “diversionary tactic”. Its Delhi unit chief Manoj Tiwari told India Legal: “All this is being done to divert attention from the controversy created by the assault on Anshu Prakash and the disqualification of AAP MLAs. Kejriwal should stop fooling the people.”

AAP leaders see no difference between live-streaming of SC proceedings and meetings of the Delhi government. “If the SC is open to such an idea, if proceedings of the Lok Sabha and the Rajya Sabha can be aired live, what is the problem in live-streaming meetings between ministers and bureaucrats on issues that concern the people? In the era of RTI, when the common man anyway has access to bureaucratic and ministerial actions and even file notings, it is absurd that the Opposition is crying foul over our effort to make the government more open to scrutiny. Matters that are considered confidential will not be live-streamed. All we want is transparency in the government as this was our first promise to the people,” a Kejriwal aide told India Legal, requesting anonymity.