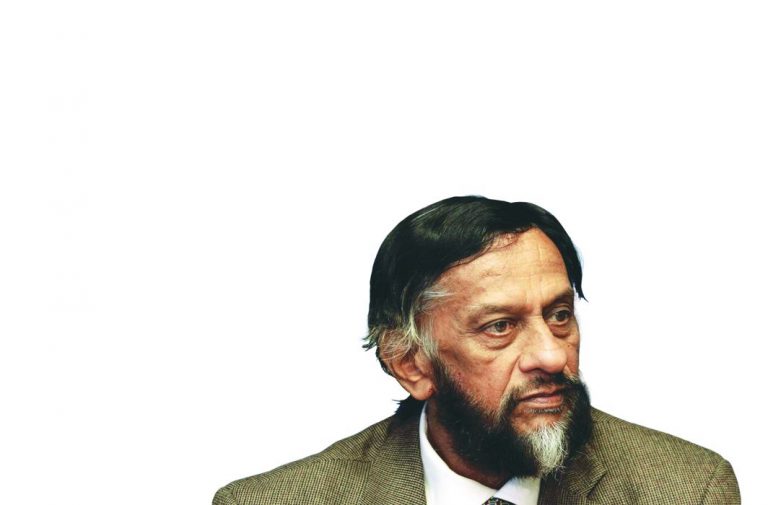 More than three years after a complaint was filed by a female colleague, a Delhi court has ordered framing of sexual harassment charges against the former director-general of TERI

For gender activists and victims of sexual abuse alike, there is nothing more daunting than the protracted legal cobwebs they get caught in. Though nearly three and a half years have flown past since a 29-year-old researcher filed a case alleging that she was sexually harassed over a long period of time, it was only on September 14, 2018, that a Delhi court ordered framing of molestation charges in the case. The researcher from The Energy and Resources Institute (TERI) had in February 2015 alleged that she was being sexually harassed by Dr RK Pachauri, who was the director-general at that time.

In her complaint, she had attached scores of emails, texts and WhatsApp messages that were directed at her by the celebrated activist. Soon after, another complainant made similar charges. Besides 31 printouts, the second complainant in her detailed 33-page police complaint had included hand-written notes that Pachauri had sent her. One of them, sent on June 12, 2014, said: “I dreamt last night that I did the preliminaries of making love to you, but woke up at the critical moment.”

Metropolitan magistrate Charu Gupta ordered framing of charges under various sections related to outraging modesty, making physical contact, unwelcome and sexually coloured remarks, teasing and using vulgar gesture and actions under the IPC. If convicted, Pachauri, who is at present on bail, will probably end up cooling his heels in jail for many years.

Ironically, just two years ago, Pachauri had told TERI employees at a meeting that he had a “zero tolerance policy” towards sexual harassment. The researcher in her complaint to the police had said that Pachauri was repeatedly requesting her to start a romantic and physical relationship even though she had made it clear that she was not interested. When she persisted in fighting his advances, he stopped giving her work and said he would not work with her.

The victim, who has stood her ground all this while, told India Legal, “This has not come easy. I knew it would happen but the question was when. I breathe a sigh of relief as the court has asked for the charges to be filed. This is a big leap towards the truth and it must triumph. I have managed to come this long way only because of the support of my family, friends and lawyers. They stood by me and that is what matters.”

Prashant Mendiratta, the victim’s lawyer, points out that the case got inordinately delayed because Pachauri used various delaying tactics, time and again. In fact, the status report of the Delhi Police presented in court earlier clearly stated that Pachauri was stalling the investigation and giving evasive replies. The victim had earlier said that Pachauri’s delaying tactics only went to strengthen her resolve to ensure he is punished by law. One day before the scheduled hearing, Pachauri would file a review petition and the case would get further delayed. He also moved an application asking that the court restrain her from talking to the media. However, he was talking to foreign journalists of how a conspiracy was being hatched against him and how the complainant had a vested interest.

Pachauri’s lawyer claims that there is no case. But the Delhi Police say that its 1,400-page chargesheet contains enough evidence of how he sexually harassed, stalked and threatened the complainant who was working in his office. In a supplementary charge sheet filed in March 2017, the police had said that they had retrieved several deleted emails exchanged between Pachauri and the complainant. When the charges became public, Pachauri said that his computer and phone had been hacked, suggesting that someone could have sent all these messages to the researcher in his name. But forensic tests have proved that no hacking had taken place. In one of the emails to her, Pachauri wrote: “I am yours for life. I have never felt so overwhelmingly in love as I have been with you.”

When she approached the police in February 2015, they did not file the FIR despite the huge body of evidence. It is only after The Economic Times ran a story on the complainant’s plight that the police swung into action, lodging an FIR under Sections 354, 354(a), 254(d) and 506 which deal with sexual harassment, molestation and criminal intimidation. Despite strong laws, the truth of the matter is that we live in an intensely male-dominated, misogynistic society that would rather brush aside complaints of sexual harassment of women.

Pachauri, who was chairman of the Inter Governmental Panel on Climate Change, had to quit the United Nations body after the charges became public. But he continued to hang on to TERI as its director-general though he went on leave. He then got himself promoted while the case was in progress as executive vice-chairman and was back in office. He was back in the headlines. Well-known lawyer and activist Vrinda Grover at that time had pointed out the fact that both TERI and its famed governing council with members of repute had brazenly violated the sexual harassment law by getting him promoted when he was being investigated.

Clearly, Pachauri’s appointment flouted the spirit of the Sexual Harassment of Women at Workplace (Prevention, Prohibition and Redressal) Act, 2013, based on the Vishaka judgment of the Supreme Court in 1997. Former Chief Justice of India RM Lodha had said that it was not proper to promote a person facing criminal investigation till charges were cleared.

Ultimately, Pachauri was forced to step down from TERI as public pressure was rising. Students at the TERI University threatened not to accept their degrees if they were handed out by him as the chancellor. He had to quit the university too.

Sunil Gupta, who graduated from the university and was one of those who demanded the removal of Pachauri as chancellor, told India Legal, “We hope stringent action is taken against him as per the law. We have strong faith in the Judiciary and hope the victim will get justice which is long due.”

There is a section that believes that Pachauri was being targeted as he was such a powerful institutional leader and had built up TERI and was talking about the dangers of climate change all over the world. But all that changed when the Internal Complaints Committee (ICC) of TERI came out with its independent report recommending disciplinary action against Pachauri after finding him guilty, validating the complainant.

The ICC found that repeated attempts by Pachauri to foster personal relationships with employees was not only a conflict of interest and misuse of designation, it also amounted to violation of the organisation’s prevention of sexual harassment policy.

After reviewing Pachauri’s messages, the committee found that when she expressed discomfort over his behaviour, he retaliated by taking away her work and assigning it to other colleagues. It also found that the complainant’s health had suffered because of the harassment and she had been diagnosed with depression.

Sources told India Legal that those who were investigating the complaint were under pressure from Pachauri and other seniors. The ICC wanted disciplinary action taken against Pachauri and said he should be made to compensate the victim for the mental trauma, pain, suffering and emotional distress.

Though claiming that the case was fabricated, Pachauri nevertheless moved the Delhi High Court to stop publication of its findings. But the Court threw the plea out, saying when there was a finding that the victim had been harassed, justice had been secured.

To make matters worse for Pachauri, another woman, also a former employee of TERI, came out with allegations of how he had sexually harassed her. Through Grover, her advocate, she said that between 2003 and 2004, he would call her to his office even when there was no work and then try to touch her inappropriately. He once forcibly kissed her after calling her into his room. He called her by a sexually suggestive nickname which she objected to. He said he had lifted many hefty women and could do it easily with her. Once, he offered to massage her, saying that he was good at it. He offered her a club membership if she would go swimming with him. He would often enquire if her husband was away. In her complaint, she said that she felt demeaned as an individual, a woman and as a professional.

The Pachauri case has generated a lot of interest due to the fact that here was a celebrated and internationally feted activist who blew his career with some wrong moves, probably thinking he would never be challenged or brought to book.

The case comes up for hearing later in a few weeks.