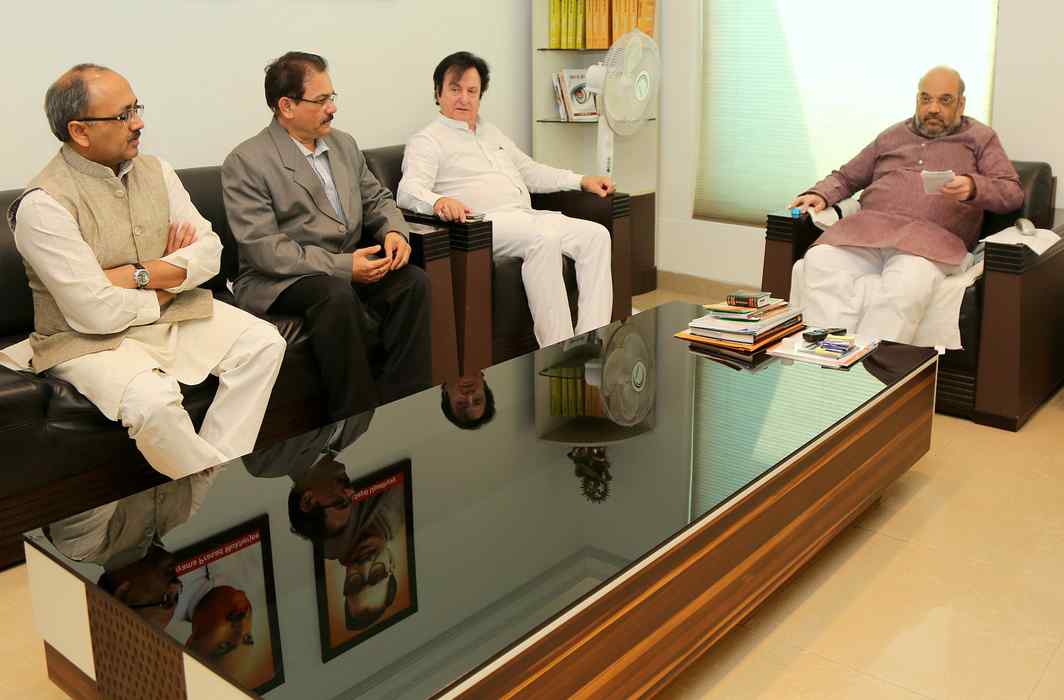 The cabinet’s decision to scrap the constitutional provisions that guarantee reservation of two seats for the Anglo-Indian community in the Lok Sabha while extending it for Scheduled Castes (SCs) and Scheduled Tribes (STs) by 10 years has troubled this community.

Reservation for SCs, STs and Anglo-Indians in the House and state legislative assemblies was to expire on January 25, 2020. As per the Constitution, 84 seats are reserved for SCs and 47 for STs out of 543 seats in the Lok Sabha. Additionally, the president nominates two members from the Anglo-Indian community, making it a House of 545 members. As per Article 331 of the Constitution, the president may nominate not more than two members of the community to the House of the People (Lok Sabha) if he is of the opinion that the Anglo-Indian community is not adequately represented.

During its first tenure, the NDA government had nominated two Anglo-Indians to the Lok Sabha. But in its second term, it has not done so. In addition, a panel comprising Defence Minister Rajnath Singh, Home Minister Amit Shah and Social Justice Minister Thawar Chand Gehlot came out with the curious finding that the Anglo-Indian community was doing well and did not need reservation. It proposed that reservation could be reconsidered later, if need be. Its report also suggested that reservation for the community in state assemblies, guaranteed under Article 334, could also be withdrawn.

Ernakulam MP Hibi Eden told India Legal that the introduction of the Bill as the 120th amendment to the Constitution was a calculated move on the part of the centre. He said that while reservation for SCs and STs was extended, the government knew that scrapping the quota for Anglo-Indians would go unnoticed as both issues were brought in as a single Bill. The community now plans to ask the centre to revisit its decision.

The legislation withdrawing the quota will have to be ratified by 50 percent of state assemblies before the president gives his assent. The community feels that the Bill will get this approval as a majority of states are BJP-ruled ones.

What has also agitated the Anglo-Indian community is a statement by Union Law Minister Ravi Shankar Prasad who pegged their population at just 296 as per the 2011 census. In 2014, Rajya Sabha MP Derek O’Brien, an Anglo-Indian, had asked the government to enumerate the community under a separate head and not under the Christian category. He had said that there were around five lakh Anglo-Indians across the globe and two lakh of them live in India.

Eden said: “The centre’s claim that there are only 296 Anglo-Indians in the country is absurd. In my constituency alone, there are over 20,000 of them. In 2013, during the tenure of the UPA government, I was part of a fact-finding team and had visited five Indian cities to understand the living conditions of the Anglo-Indian community. It was found that more than 50 percent were backward in the education, economic and social sectors.”

Ignatius Gonsalves, a senior journalist from the Anglo-Indian community in Kochi, said it was sad that the centre had ignored the contributions of the community to India when it decided to scrap the quota in Parliament and assemblies. “We are Indians by choice and not by birth. The government should have understood this fact. If we had been politically empowered, we would have representatives in legislatures and Parliament through elections. Can you find at least one MLA or MP? Derek O’Brien’s case is different. His election to the Rajya Sabha was due to Mamata Banerjee, West Bengal chief minister and TMC chief,” he said.

Being a sports journalist, Gonsalves remembers that it was an Anglo-Indian who won the first Olympic medal for India. “In the Summer Olympics in 1900, Norman Pritchard won silver medals in the 200 metres and 200 metres hurdles. These remain the only athletics medals for India at the Olympics. Though he was Indian, British authorities claimed that since India was under their regime, these medals belonged to them,” he said. Gonsalves also referred to the valour and patriotism of Indian Army officers who were Anglo-Indian and had played pioneering roles in wars. Many of them had even won Vir Chakras.

Cletus Hickman, vice-president of the Thangassery chapter of the All-India Anglo-Indian Association, said the community was part of Indian culture and it was unfortunate that the government forgot the part played by it in the development of the country. He too dismissed the government’s stand that there were only 296 Anglo-Indians in the country and said that in Thangassery alone (Kollam district of Kerala), there were some 80 families. The Association has branches at Kochi, Kozhikode, Kannur and Thalassery in Kerala alone. He said that, contrary to the claim of the government that this community was well-off, almost half were marginalised with no sound financial background, job or education. “Many of our people have migrated to other countries. But we are still patriotic people. We value our Indianness and have merged with its cultural legacy. It is sad that the government is not taking note of this,” he said.

Charles Dias, a former Anglo-Indian MP from Kochi, told India legal that the Federation of Anglo-Indian Associations in India, headquartered in Bengaluru, had estimated that there were 3.47 lakh people belonging to the community under 14 state chapters in the country. He said that in Faridabad alone, there were 47 families living in a cluster. He said a report in 2013 had said that a majority of the Anglo-Indian community was living in rented houses without proper means of livelihood. “In Kochi, a sizeable portion of the community ekes out a living by working as plumbers, electricians and such like. It is an injustice to treat the community as a whole as an empowered well-to-do group,” he said.