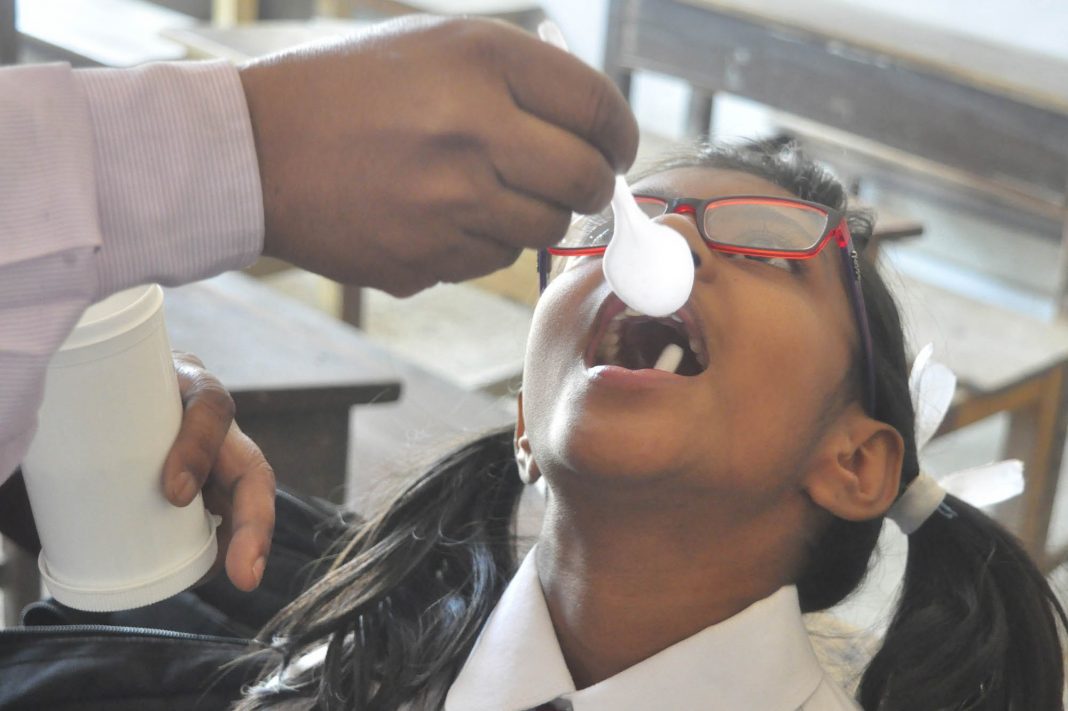 In an attempt to promote generic drugs and not branded ones, the government has laid down some guidelines for their display in shops

The health ministry recently took various measures to encourage the sale of generic medicines over branded ones. The government plans to colour code such drugs to enable consumers to differentiate between generic medicines and other drugs.

It is also considering the use of symbols to make generic medicines easily identifiable. It has made it mandatory for pharmacies to have separate shelves for generic drugs and has directed doctors to prescribe these drugs in legible handwriting.

Colour coding in the labels of drugs can only be done under Rule 97 of the Drugs and Cosmetics Rules just like the red line for antibiotics or for scheduled drugs.

The enforcement of this rule will be done by the state drug authority. In Rule 96 of the Drugs and Cosmetics Rules, sub-rule (1), clause (xi) says:

“In addition to the other particulars which are required to be printed or written under these rules, the label on the innermost container of the following categories of  drugs and every other covering in which the container is packed, shall bear a caution or warning, as applicable, depending on whether the drug is covered under Schedule G or Schedule H or Schedule H1 or Schedule X, as specified in rule 97, in legible black coloured font size in a completely red rectangular box without  disturbing other conditions printed on the label under these rules, namely:—Narcotic analgesics, hypnotics, sedatives, tranquillisers, corticosteroids,  hormones, hypoglycemic, antimicrobials, antiepileptics, antidepressants, anticoagulants, anti-cancer drugs and all other drugs falling under Schedules G, H, H1 and Schedule X whether covered or not in the above list. 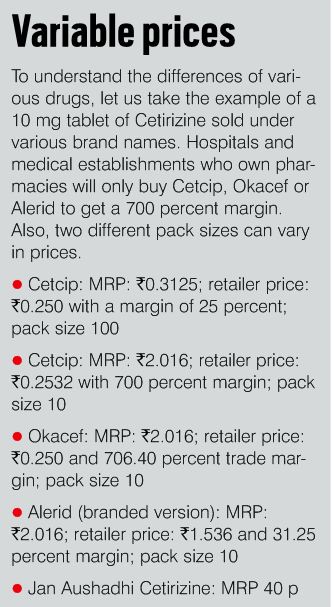 “Provided that if any of the drug referred above category is not covered under any of the Schedule, namely, Schedule G, Schedule H, Schedule H1 and Schedule X, the label of innermost container of drugs and every other covering in which the container is packed shall bear caution or warning, as the case may be, applicable for that drugs covered under Schedule H as specified in rule 97.”

Let us first understand the difference between branded and generic drugs. Branded drugs are those which fall within the patent period of the original manufacturer and generic drugs are those out of it. In an RTI reply, the Medical Council of India admitted that it does not have the definition of a generic drug. It is also not defined under the Drugs and Cosmetics Act 1940 and rules thereafter. However, Section 96, which specifies the manner of labelling, says that “the procedure of the drug shall be printed or written in a more conspicuous manner than the trade name”.

As per the US FDA, a generic drug is a drug that is comparable to a brand in dosage form, strength, route of administration, quality and performance characteristics and intended use.

As per WHO, a generic version of a drug means a pharmaceutical product that is usually intended to be interchangeable with an innovator product and is manufactured without any licence from the innovator company.

It is marketed after the expiry of the date of the patent or other exclusive rights under a non-proprietary name rather than a proprietary or brand name. In simpler terms, generic medicines are off-patent drugs, which can be sold by any pharmaceutical manufacturer without any licence from the original manufacturer.

So how are generic drugs marketed in India? A majority of drugs in India are off-patent drugs and thus generic in nature. They are available in three versions:

Apart from MRP, there should be no differences in these versions of generic drugs: The cost of manufacturing for all four is the same and they have the same active ingredient(s), same route of administration, same dosage form, same strength and same conditions of use as branded drugs. Bioavailability and bioequivalence studies are the most important clinical parameters for a drug’s clinical response.

Companies making all three versions of generic drugs may be following these guidelines, but pharmaceuticals making the generic-only or the trade-only versions, mostly local start-ups through the state licensing system, may not comply with these guidelines.

As can be seen from the Table (previous page), the “high trade margin” relates only to four percent of the total market. The average margin to trade in this segment of trade generics is 71 percent, though there are instances of much higher margins being offered by a few companies.

The 2016-amended clause 1.5 of the Indian Medical Council (Professional Conduct, Etiquette and Ethics) Regulations, 2002, reads: “Use of Generic names of drugs: Every physician should prescribe drugs with generic names legibly and preferably in capital letters and he/she shall ensure that there is a rational prescription and use of drugs.”

From this, it is obvious that it is not mandatory to write the name of the brand, company or Jan Aushadhi. In clinical practice, a doctor’s job is to prescribe the most economical quality drug and thereby help a large section of society.

—The writer is President, Heart Care Foundation of India and President Elect, Confederation of Medical Associations of Asia and Oceania