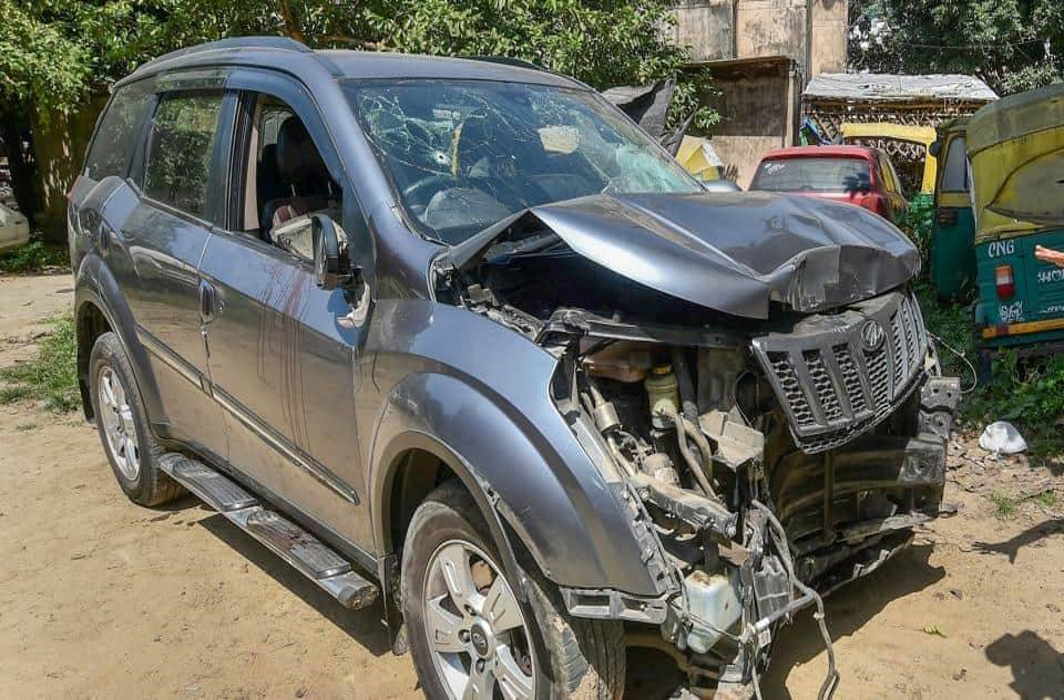 The killing of an Apple India executive by constables in Lucknow once again throws light on how ill-trained, unprofessional and politicised the state police force is

Among the early announcements that Yogi Adityanath made on becoming chief minister of Uttar Pradesh last year was a zero-tolerance policy on crime and corruption. Scores of alleged criminals were killed in hundreds of encounters across the state, but the “policy” took the toll of an innocent life last week when a gun-toting constable reportedly shot from point-blank range an unarmed area sales manager of an Apple store, Vivek Tiwari (38) in Lucknow, killing him on the spot.

Constable Prashant Chaudhary was on patrol in the Gomtinagar Extension area along with his colleague, Sandeep Kumar, when he spotted an SUV and went in for the alleged kill. Chaudhary and Kumar were sent to jail but not before the former had made an appearance before the media to claim innocence.

As the controversy rocked the government, the police top brass were accused of watering down the case by registering two first information reports.

The conduct of the Lucknow police has raised eyebrows. The incident occurred at 1.35 a.m. and the police top brass claim to have reached the spot soon thereafter. Yet the manner in which the only eyewitness to the cold-blooded murder—Tiwari’s colleague Sana Khan—was allegedly forced to sign on a blank sheet of paper, on which a first information report was subsequently filed, raised a stink because the accused constable’s name did not figure in this first FIR.

The photograph of Tiwari’s SUV taken immediately after his tragic killing showed only marginal damage to the car. But the same vehicle appeared badly damaged in photographs taken some hours later. Who caused the damage and why is not difficult to guess, but were some senior police officers party to the destruction of evidence? As the query remains unanswered, fingers are being pointed at senior cops in the district.

The first FIR simply says that “our vehicle was parked near CMS (City Montessori School) in Gomtinagar Extension when two unidentified policemen came from front. We tried to avoid them even as they tried to stop us. Suddenly I felt as though a bullet had been fired. We moved our vehicle which hit the wall of an underpass. Vivek started bleeding profusely. I cried for help. Later the police came and shifted Vivek to hospital. I just got the information that Vivek has died.”

The word “unidentified” in this FIR is significant, because the two constables could not have been on patrol duty in that area without the knowledge of the Gomtinagar police station to which they belonged. Khan told journalists that she had clearly mentioned that Chaudhary fired the killer shot but the first FIR makes no mention of it. The policemen claimed that they shot in “self-defence”, even though the victim was unarmed and inside a vehicle.

As the outcry over the shocking murder refused to die, the police top brass allowed Tiwari’s widow, Kalpana, to file another FIR (see box), which categorically named Chaudhary as the one who fired the bullet. Kumar did not dissuade him from shooting but kept hitting the vehicle with his lathi. According to the second FIR filed by Kalpana, Khan is quoted claiming she was “returning home at around 1.30 am when suddenly Prashant Chaudhary and Sandeep Kumar came in front of the car. Sir (Vivek) got scared and as he had a female friend with him, he tried to move his car by escaping. At the same time, the constable sitting on the back seat of (their) motorcycle and having a cane in his hand (got off) the motorcycle. Prashant Chaudhary, who was on the front seat, put his pistol against the windshield and fired with the intention to kill.”

“…I cried a lot for help and tried to stop people. I tried my best to save him but the policemen that came neither (were) letting me make (a) call nor receive a call. They pressurised me to sign on a blank paper and later under the pressure of police and media offi­cials, made me write on the paper. As I was a lot scared, I wrote whatever they asked me to.”

Questioning the practice of allowing beat constables to carry small firearms, something which was not done earlier, she said that some of these police personnel act as extortionists and are on the lookout for soft targets like Vivek and Khan. This fear, according to Khan, was one of the reasons why Vivek did not stop his vehicle. A senior police officer said that this was an isolated case. “It keeps happening in the US often,” he said, downplaying the incident.

As the special investigating team led by IG Sujeet Pandey began work to unravel the case, there were reports of some policemen refusing to take firearms from the malkhana (armoury) in protest against the jailing and dismissals of Chaudhary and Kumar. That there was unrest in the lower ranks was also evident from posters on social media appealing to the non-gazetted ranks to observe a black day and boycott the police mess if Chaudhary was not allowed to lodge an FIR. OP Singh, director general of police, told police chiefs to keep a watch on the constabulary. “Actions in violation of service rules and conduct of the police personnel will invite appropriate and prompt action,” Singh told a journalist.

The need for action may not arise as Chief Judicial Magistrate Anand Prakash Singh has directed the superintendent of Lucknow jail to consider Chau­dhary’s plea to lodge his complaint with the Gomtinagar police. Chaudhary claims it is his legal right to lodge a counter FIR.

To prevent recurrence of such incidents, senior officers were planning a training programme for cops recruited in 2016-17. To begin with, only Lucknow zone constables will be trained, and later all police personnel will undergo the refresher course. The 12-day training will focus on discipline, conduct of police, weapon handling and graded use of force.

With caste, connections and money, rather than merit, being the determining criteria for police recruitment in Uttar Pradesh, keeping criminals out of the force is a challenge. In 2007, the Mayawati government sacked 22,000 policemen recruited under Mulayam Singh Yadav’s government following charges of large-scale irregularities in their recruitment. But in 2009, the Supreme Court ordered the government to provide provisional appointment to the sacked cops.

The extent of bias in recruitment was highlighted in a report in a national daily in 2014 which said that policemen belonging to a particular caste headed most of the police stations.

The trigger-happy Chaudhary himself was recruited in 2016 when the Akhilesh Yadav-led Samajwadi Party was in power.

The Tiwari case has acquired caste colour with UP’s law minister, Brajesh Pathak, accusing the police and district administration for trying to cover up the murder.

According to official data released by the UP police, there have been 1,144 “encounters” in the state, resulting in 34 deaths, between March 2017 and January this year.

Human rights activists have raised questions over police accounts of such killings, calling them “pre-meditated murders”. The Supreme Court is currently hearing a public interest litigation on encounters by the police in the state.

But that is no consolation for the grieving family. While Yogi Adityanath has promised Tiwari’s widow a government job and compensation of Rs 40 lakh, his 10-year-daughter has demanded nothing short of the death sentence for her father’s killer.