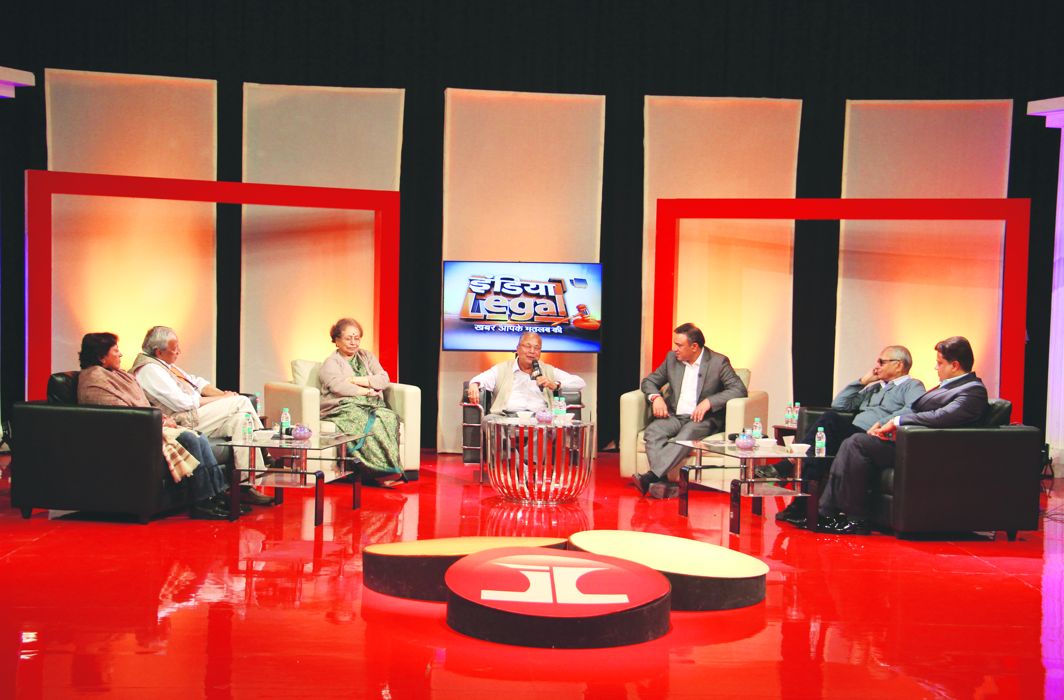 For Justice VS Sirpurkar, a former Supreme Court judge and a noted jurist, Baba Amte was a major influence in his life. It was Baba Amte who asked Justice Sirpurkar’s father to send him for practice as he believed he could become a judge. Baba Amte’s advice to the young Sirpurkar was to go behind the law and know everything about a given provision and why it was brought in.

Ever since then, Justice Sirpurkar has followed this principle and it has stood him in good stead. He has served in many high courts in India. He became a judge of the Bombay High Court in 1992 from where he was transferred to Madras High Court. He served as chief justice in both the Uttarakhand and Calcutta High Court and in January 2007, he was elevated as a Supreme Court judge. Justice Sirpurkar retired on August 21, 2011.

Recently, Justice Sirpurkar was felicitated by India Legal. He and his wife, Kumkum, who is a senior advocate, spoke on many subjects and enlightened the audience about various facets of the judiciary. Both come from families with a legal background and met in college and then in court where they were handling cases of the opposite party. Justice Sirpurkar won the case and also the hand of his wife after crossing caste hurdles.

WOMEN IN THE JUDICIARY

When Rajshri Rai, APN Editor-in-Chief, asked why there was less participation of women in the judiciary, Kumkum recalled how she was discouraged by her fellow colleagues when she joined the bar in 1970 but she went on to become the president of the same bar. However, she said that many women who join law do not take up litigation and therefore, are not seen in courts. Justice Sirpurkar said the numbers were much better at present and recalled a function in Latur district court where the number of lady judges was more than male judges. However, the patriarchal mindset often comes in the way of women lawyers. Justice Sirpurkar recalled one incident where his fellow judges got upset with him for recommending the names of two women to be elevated as high court judges. Kumkum added: “The patriarchal system still prevails and that’s why, wherever I speak, I say that more than the ladies, it is the males who should be educated.”

Asked if the Constitution was in peril given recent controversial statements given by some ministers, Justice Sirpukar said: “The Indian Constitution and Indian democracy are absolutely unshakable; it cannot be brought into peril.” He said the father of the Indian constitution, BR Ambedkar, had taken all care while making it. “I consider him the greatest person. He was the one who created the bedrock,” said Justice Sirpurkar. “But even before that, Gandhari was the first person who introduced the idea of rule of law when she didn’t bless her son Duryodhan for war. Instead, she said that the ones who have justice by their side will be victorious—‘Yato Dharma Tato Jaya’—which is also inscribed in the logo of the Supreme Court,” said Justice Sirpurkar.

Asked about regional representation in the Supreme Court, Justice Sirpurkar said: “I do not believe in regional representation. If you are appointing a judge to the Supreme Court, the first thing that you should see is whether he is competent enough, fearless and has integrity. And if there is no judge from a particular region, then the best judge must be brought in.” He refused to be drawn in about the questionable merit of some judges by saying: “Before being chosen to the Supreme Court, everything is checked from your past, present, to your probable future.”

Asked by Pradeep Rai, senior advocate, Supreme Court, about a judgment where he had reduced a death sentence to life in a case of honour killing, he said: “My first concern was that he was a 23-year-old boy, so age was on his side. He was from a typical old UP family and his sister had married a Keralite. So the daily insults that he would have had to face from society was what I considered. I wondered what was the point in giving him a death sentence. I decided that he should live for at least 30 years in jail so that when he comes out, he is a better person.”

Kumkum reiterated what Netaji Subhash Chandra Bose had once said: “No man is complete unless he knows law.” As a member of the Maharashtra Legal Service Authority, she said that they conducted para legal camps for social workers so that the basic principles of law are disseminated. She said that India Legal should continue spreading legal literacy in remote areas. Justice Sirpurkar said he had conducted legal aid camps in remote areas of Uttarakhand when he was the chief justice there and said that people should know basic facts. He said that a woman can’t be arrested at night unless a lady constable is present. “Until and unless these facts are known, the law-abiding sense of the public will not increase,” said Justice Sirpurkar.

Abhishek Dixit, Commandant, TNSP, Tihar jail, who was also a guest on the show, said that were many incidents in his career where he knew who the real culprit was but he couldn’t prove it because there was no evidence. He asked if Justice Sirpurkar also faced such cases? He said: “It is quite one thing to say to the court that my client has not done it when you know that your client has done it but it is quite another to say my client doing it has not been proved by legally admissible evidences. Even if a person is the culprit and you are aware of it, your task is to prove to the court that his act is not proven beyond reasonable doubt by legally admissible evidence. Once these two distinctions are realised, there is no question of it biting your conscience.”