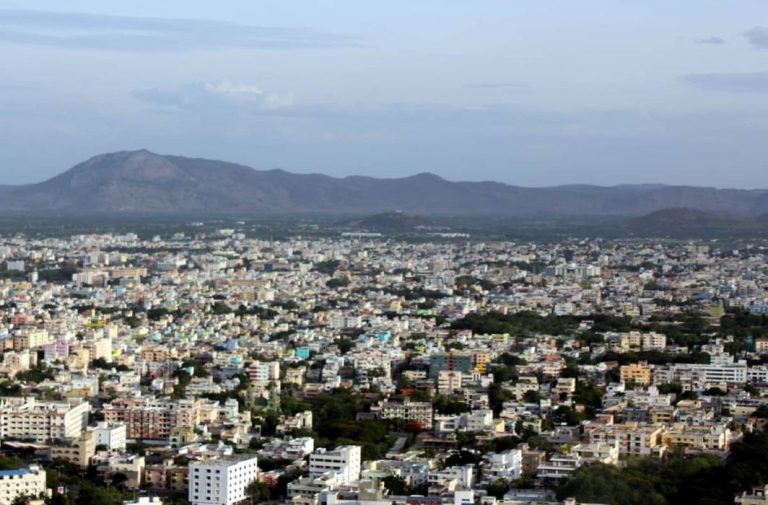 The results of the Ease of Living survey were frontpaged by all newspapers and media outlets but the headlines raise more questions than answers. For instance, why is Delhi, with its flyovers and world class amenities absent from the infrastructure category? What have the town planners got wrong? Does capital expenditure not translate into liveability? Then, two of the cities ranked as the happiest cities in India are steeped in religion. Does an atmosphere of spirituality bring a sense of happiness? Another key question examined was whether governance was a major factor in promoting happiness. The evidence was clear. It does. Two of the cities which ranked highest for happiest cities—Navi Mumbai and Tirupati—also ranked highest for governance. The others in this category were Karim Nagar (Telangana), Hyderabad and Bilaspur. Karim Nagar holds an overall rank of 11th. However, the Modi government’s emphasis on smart cities does not seem to translate into efficient governance. Bhubaneswar, ranked as a smart city, figures at number 18 on the index.

These results are clearly connected to the criteria adopted. There were a total of 78 criteria which the survey of 111 cities was based on. It was conducted by a consortium comprising market researcher Ipsos, policy research and development analytics firm, Athena Infonomics, and the Economist Intelligence Unit. They were further categorised into four heads—institutional, social, physical and economic. A 79th criterion related to employment data was taken out as cities reportedly did not have data related to unemployment rate.

The economic criterion covers job availability and is what drives migrations, including urban migrations. A recent survey found that young women in India migrate for work at double the rate men do, even though migration among them is still primarily driven by marriage. Some cities develop into industry centres for certain professions, drawing entrants. Strangely, the economic factor has been accorded only five percent weightage in the survey.

A major focus of the survey was to figure out which are the happiest cities. Accorded 25 percent weightage, the list of social indicators includes identity and culture, education, health and, safety and security. By that measure, Hyderabad ranked 43rd, while culturally rich  Lucknow is 102nd, possibly indicating that (past) heritage need not be a great measure of well-being. Is religion then a major factor? Tirupati, a temple city steeped in religion, emerged as the happiest city, followed by Trichy, now Tiruchirappalli, is also an ancient city known for its sacred Hindu sites. What the survey also revealed is the importance of city planning. Navi Mumbai ranks third on the list of happiest cities, according to the survey. It is, like Chandigarh, a planned city envisioned to lessen the load of population and infrastructure on Mumbai. It was ranked high for cleanliness and hygiene in another Swaach Bharat survey and has been planned in a manner which gives equal weightage to recreation, living spaces and business hubs. On that particular scale, Delhi ranks 91st and Bengaluru 71st.

Greater Mumbai, which is an basically a new city, also ranks high in the physical category of indicators covering housing, transport, power supply and waste water management among others which has been accorded the biggest share of weightage—45 percent. Greater Mumbai, Pune, Thane, Chandigarh and Raipur have done best in this category. This again raises some more pertinent questions. Does being a smart city have nothing to do with liveability? Is the infrastructure fetish of governments doing more harm than good? Should the government focus more on bread and butter issues like manufacturing, health and agriculture instead? And perhaps let go of its urban bias and first city biases in respective states so that more jobs are created in the interiors, labour migration no longer burdens the already-stretched resources of various capitals, poor do not stay poor and the fruits of economic development are more evenly distributed?

Save the sole exception of Chandigarh, South and West Indian cities have trumped urban centres in the rest of the country as well as the Big Six in all four categories of life in a city, though to be exact; Kolkata and a few other eastern Indian cities did not participate. Their refusal, however, is a comment on their preparedness or lack thereof.  In terms of economic criteria,  Chandigarh is the best city to live in, followed by two Rajasthani cities Ajmer and Kota, Indore in Madhya Pradesh and Tiruppur in Tamil Nadu.

Pune, Navi Mumbai, Greater Mumbai, Tirupati and Chandigarh are the five best cities to live in. Chennai has not performed respectably at 14th while Delhi ranks a surprising 65th , two points below the now-infamous Muzaffarpur at 63. Hyderabad and Bengaluru are 27th and 58th, respectively.

The results of the survey throw up a number of ponderables for our policymakers and city planners.