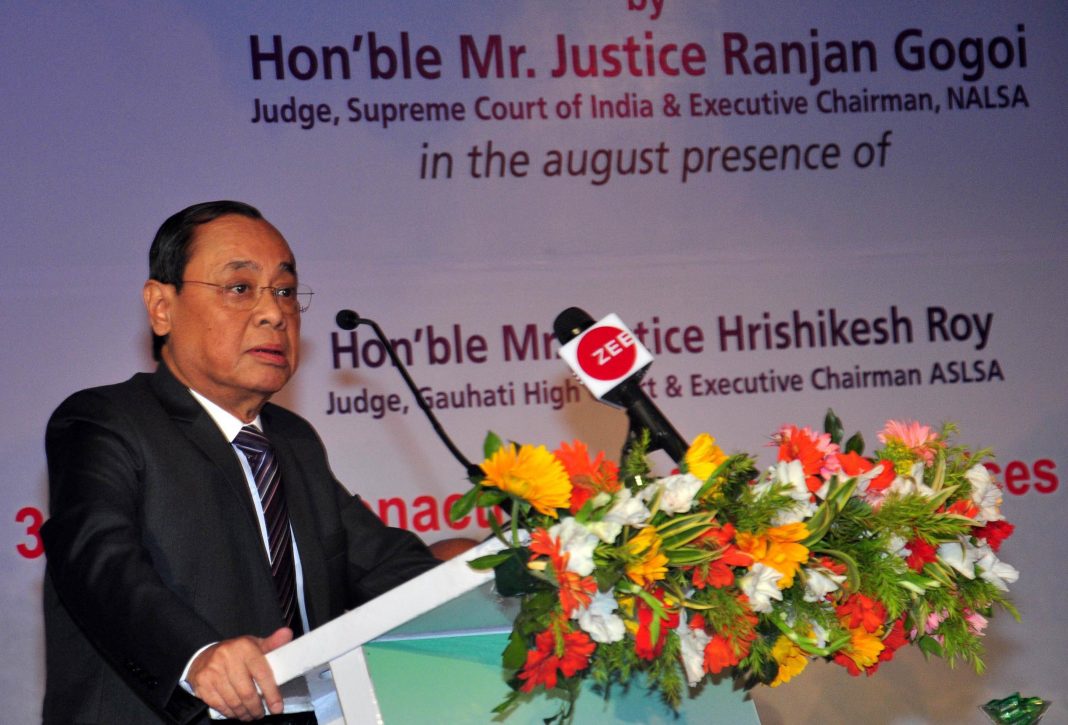 Shortly before he assumed office as the 46th chief justice of India on October 3, Justice Ranjan Gogoi spelt out his vision for the judiciary during a function organised by the Youth Bar Association of India. Justice Gogoi highlighted two issues—huge pendency of cases and lack of access to justice for poor and marginalised sections of society—as particularly troublesome and promised to deal with them on a priority basis.

On the second issue of access to justice, Justice Gogoi told his young audience: “I am trying to make justice accessible while acting as executive chairman of National Legal Services Authority (NALSA) for the last one year. I do not know how far I have succeeded. A different approach and a different thinking are needed for it and it will be forthcoming in the near future.” In the quest to initiate a different approach and thin­king for NALSA perhaps Justice Gogoi could take a cue from a Commonwealth Human Rights Initiative (CHRI) report titled “Hope Behind Bars?”.

Some of the key findings of CHRI’s report are that per capita spending on legal aid in India is only Rs 0.75 (one of the lowest in the world), 14 percent of the total funds allocated to state legal services authorities remain unutilised and that the legal aid scheme administered by NALSA is plagued by lack of accountability and quality. The report further said that almost 80 percent of India’s population is eligible for legal aid and while the NALSA framework is quite detailed, actual delivery falls short. The statistics maintained by NALSA convey a similar message—since its inception in 1987, only 1,67,11,477 people have benefited through various legal services authorities and from April 2017 to March 2018, just 8,22,856 people.

Set up under the National Legal Aid Services Authorities Act, 1987 (NALSA Act), NALSA is a central authority which works to provide legal aid to eligible litigants, establish legal aid clinics and organise Lok Adalats. The chief justice is the patron-in-chief of NALSA and the second seniormost judge of the Supreme Court acts as its executive chairman. Likewise, there are statutory legal services authorities at the state, district and sub-divisional level. In every high court, a high court legal services committee has been constituted and there is a similar committee for the apex court.

The NALSA Act was enacted to constitute the legal service authorities to provide free and competent legal services to the weaker sections of society to ensure that opportunities for securing justice are not denied to any citizen due to economic or other disabilities. In furtherance of the legal aid function, the NALSA Act provides that every person who has to file or defend a case shall be entitled to legal services if he belongs to disadvantaged sections such as SCs/STs, victims of trafficking, beggars, women and children, persons in custody, or the mentally ill or disabled. NALSA also serves victims of natural disasters, ethnic violence, caste atrocities or industrial disasters. There is a verification process which confirms an applicant’s annual income and status and if he meets the eligibility criteria and has a prima facie case in his favour, NALSA provides legal counsel at the expense of the government. It receives funds from the central government, and in turn, allocates funds to legal services authorities in states which are also funded by their respective state governments.

Despite such an elaborate legal framework, there are some pressing concerns which ail the NALSA scheme. According to Kumkum Sirpurkar, former member of the Maharashtra Legal Services Authority: “Legal services authorities have two main objectives—providing legal aid and advice and promoting legal literacy—and a greater emphasis is required on spreading legal literacy among all strata of society, especially the lower strata. This can be achieved by conducting paralegal training for grassroots workers and civil society organisations who can then promote legal literacy among those lacking awareness about their basic rights such as distressed women in rural villages and tribals living in remote areas.”

On many occasions, concerns have also been raised about the lack of a legal aid monitoring mechanism to review the quality of legal representation. “The NALSA Rules require monitoring committees to be set up to track and review the progress of the legal services rendered by the panel lawyers in legal aid cases. However, monitoring committees in most states exist only on paper and do not perform the prescribed functions,” said Sugandha Mathur, Project Officer, Prison Reform Programme at CHRI. Gaurav Gupta, a panel advocate on the Delhi High Court Legal Services Committee, concurred with this view and said: “The quality of legal aid at district court level is very poor, although it fares much better in the Supreme Court and High Courts. The meagre pay is one of the main reasons for experienced lawyers not coming forward to give time to legal aid matters.”

Prior to his elevation as the chief justice, Justice Gogoi as the second seniormost judge of the Supreme Court had served as the executive chairman of NALSA and spearheaded a programme to hold legal service camps across the country where government departments set up stalls to highlight various welfare schemes and create awareness about central and state laws. A recent report released by NALSA revealed that around 43 lakh people benefited from the outreach camps.

Hopefully, under Justice Gogoi’s stewardship, we can look forward to more substantial and structural reforms in the NALSA scheme.