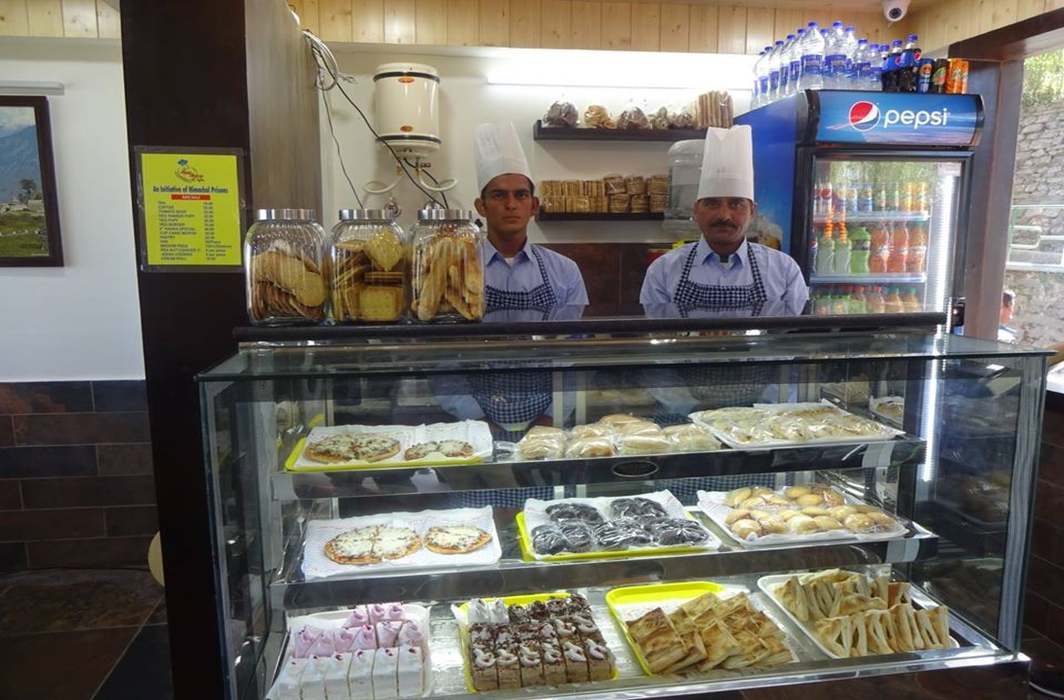 Above: The Book Café is managed by convicts serving life terms at Shimla’s Kaithu Jail, and the bakery items are made by the prisoners

A much-loved institution in the hill station, run by prisoners serving life sentences in the local jail, may lose its iconic status, thanks to myopic municipal officials

Visitors to Shimla make a beeline for the Mall, the hill resort’s main street, from where they can enjoy a view of the Ridge while sitting on the iconic “Takka Bench”. After clicking the obligatory selfie, tourists generally head to the Book Café, considered a must-visit landmark by many. This is not so much for the piping hot beverages, yummy snacks or the lovely books to browse through there, but also because of the people serving the customers and those behind the counter.

The Book Café is managed by convicts serving life terms at Shimla’s Kaithu Jail, which is about seven km from the Ridge, and all the bakery products at the café are made by the prisoners.

Last month, residents and local literary figures were up in arms after the Shimla Municipal Corporation (SMC) declared it was going to float open tenders to run the Book Café. The protests revolved around the proposed move, that many felt would be against the very spirit of its formation, and would divest the convicts of a tangible correctional opportunity.

The inception of this café is a unique story. In 2015, Rakesh Kanwar, the then deputy commissioner of Kullu, noticed a dilapidated government building en route his office. Kanwar, known for his unconventional ideas, was shocked to learn that the building was Kullu’s public library where reading enthusiasts would congregate. He then decided to transform the old library into a classy book café.

The idea caught the imagination of Pankaj Rai, posted as SMC Commissioner. The place where the Book Café now stands was earlier a poorly maintained public toilet. Rai secured the approval from the then mayor, Sanjay Chauhan, to convert it into a café.

The site was renovated and the Book Café was born, with books donated by the locals, including Minakshi Chaudhary, Kanwar’s wife and author of Ghost Stories of Shimla.

The café contains a diverse range of books, including literary classics, and on spirituality, poetry, general knowledge, as well as children’s books.

However, the real change that Rai brought about was when the director-general of prisons and correctional services suggested to him that the

Café be allowed to be managed by convicts. Initially, four jail inmates were entrusted with the operations, starting from 2017.

Jai Chand, a 50-year-old convict serving a life term, and three other inmates, were selected to be part of the correctional service based on their good conduct in prison.

They were trained at Radisson Hotel, a leading hospitality venture. They would leave the jail premises at 7 am and return before sunset. The café timings were from 10 am to 7 pm.

Around 17 prisoners, including three women inmates, all serving life sentences, are doing jobs outside the jail in Shimla. While the ladies work in a beauty parlour, the others run outlets opened by the Prisons Department, selling bakery products and handicrafts made by prisoners inside the jail.

There is minimal to zero supervision or checks required on all of them.

With time, the café’s popularity grew which can also be attributed to the hill town’s culture of reading and writing. The Raj left behind a rich cultural legacy of theatre (exemplified by the famous Gaiety Theatre), clubs, balls and fetes at the famous Annandale ground and exclusive gymkhanas.

Shimla’s literary heritage, its art and cultural shows like the Shimla Summer Festival, have constantly attracted famous personalities. According to SR Harnote of the Himalaya Sahitya Sanskriti Avam Paryavaran Manch (HSSPM), the Café owes its popularity to two factors: jail inmates running the venture successfully and the regular literary gatherings orgainsed at it.

Now that the municipal corporation has put forward open tenders for running the book café, local opinion is growing that it is against the spirit of correctional opportunity.

The corporation argues that it will be able to make some revenue as well as reinforce proper management if a private entrepreneur takes it up. The SMC officials say that the arrangement with the prison department was on an ad hoc basis. Reportedly, the profits from the Café till now were shared by the SMC and the Prisons Department on a 60:40 ratio. Three other sites have been identified by the municipal corporation to replicate the experiment.

Meanwhile, one of the convicts has approached the Himachal Pradesh High Court, which has ordered a stay on the SMC orders.

Former Mayor Chauhan points out that institutions like the Book Café are not created for profit, they rather reinforce the idea that prisons are equivalent to reformatory institutions and that social justice is one of the major aims of the judicial system.

Café regulars fear that a takeover by a private party would transform it into just another copycat chain outlet. In the process, the inmates, who have dedicated the past few years of their lives to the venture, might be deprived of a real chance of doing something positive with their lives in confinement.