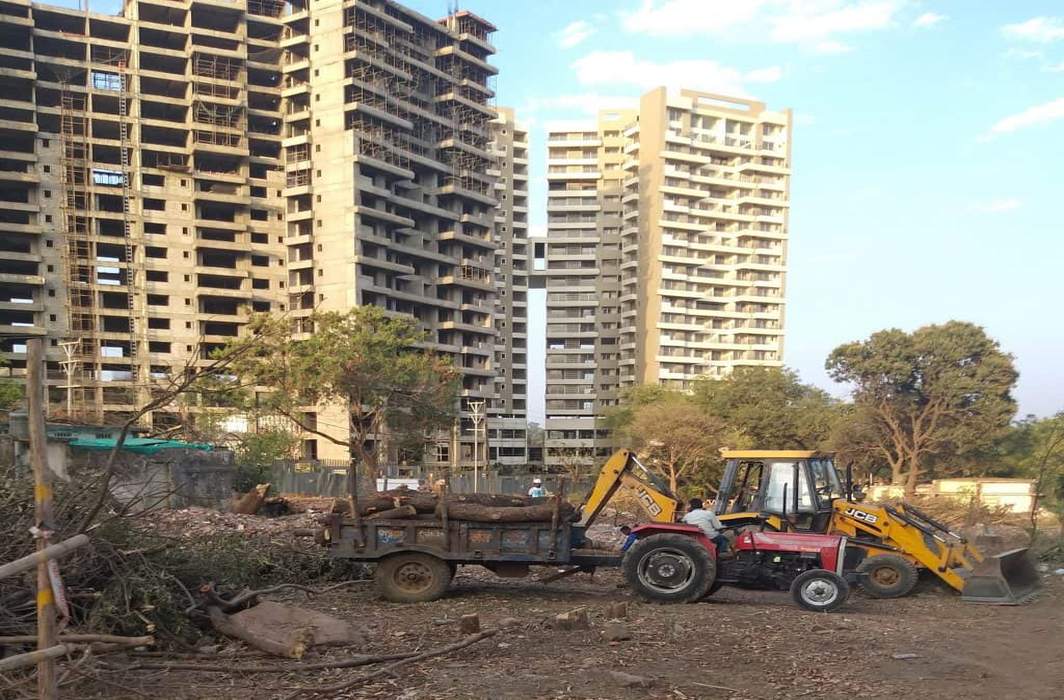 Above: The policy changes in the real estate sector are drastic and will boost construction/Photo: citizenmatters.in

While the real-estate sector is faced with recession in much of India, the Kamal Nath-led government in the state unveils a policy that is expected to give a major push to the housing industry

The real estate sector in Madhya Pradesh (MP) has never had it so good. The Kamal Nath-led Congress government’s new Real Estate Policy 2019, approved by the state cabinet recently, has eased the way for the construction sector by taking care of many of the problems it faced while seeking the mandatory permissions from the government.

The changes are drastic and aimed at giving a major fillip to the home construction activity in the state. The government has already planned to undertake development works to the tune of around Rs 1.87 lakh crore in the next five years in cities. Incidentally, MP is the first state in India to introduce a land pooling policy for industries and 1.2 lakh acres of land bank is already available.

In view of the marked changes in the real estate policy, the sector was widely discussed at the Magnificent Madhya Pradesh Investors’ Summit 2019 held last month in Indore.  This was the first such congregation of captains of industry and real estate operators organised by the Kamal Nath government after it seized power from the BJP in last year’s assembly elections.

The policy, which was approved by the state cabinet on October 14, holds great promise for speedier and hassle-free home construction at a time when the real estate sector is facing recession all over India. It ensures that a coloniser will no longer be required to struggle with red tapism in the government. The number of documents needed to get government approval for housing projects has been reduced from 27 to five. Real estate companies have been allowed to have just one licence for the entire state.

Colonisers have also been given relaxation from the rule related to the Economically Weaker Section (EWS) in home construction which was mandatory in projects. According to the principal secretary of the urban development department in the state, Sanjay Dubey, there will be no binding for constructing houses for EWS. “The amount received for the EWS will be used for building houses for the poor separately and retail housing will also be promoted,” he said.

To deal with the problem of illegal colonies, real estate developers could build projects on land less than two hectares. Investors in real estate will have incentives like free FAR (Floor Area Ratio) at the periphery, among others. FAR-free zones on the outskirts of big cities are expected to ensure development of new areas. Besides, permission for additional FAR will be given for affordable housing and investors will get the facility of land pooling.

A single-window system has been created for other important tasks, including registration, mutation and stamp duty. Minister for Urban Development and Administration Jaivardhan Singh said that the policy will benefit all—buyers, real estate developers and investors. “A developer can now develop a colony on a smaller piece of land, which will curb illegal developments,” he said.

Another feature in the policy is that the permission for development will now be valid for five years and the licence for the purpose will remain effective across the state. A provision has also been made to give No Objection Certificate (NOC) of Najul land in 30 days while land use certificates will be made available online.  Dubey said that permission will be given to colonies, situated on more than 24-metre broad roads for commercial activities on prescribed conditions.

To compensate the loss to the exchequer due to rate reduction, the government has decided to increase stamp duty on the registration of property from 7.3 percent to 9.5 percent across the state, and from 10.3 percent to 12.5 percent in select urban areas. The government hopes the decision will help property buyers to pay actual income tax incurred on the transactions.

Earlier, there was a vast difference between the actual property rates and collector rates and customers had to pay tax as per the collector guideline. After 2005, there was a sudden escalation in the property rates across the state which resulted in a real estate boom. But this prompted the district authorities across the state to increase the collector guideline rates to generate more revenue from the market. This move proved detrimental, resulting in a major slump in the sector. Finance minister Tarun Bhanot said that the decision to increase the stamp duty on registration of property will help in curbing revenue loss to the state exchequer.

In urban areas, buyers will have to shell out three percent extra. The state government has encouraged women to invest in property by reducing the registration fee to only Rs 100. In case the property rates are more than the current guideline, the transfer fee would be 2.1 percent of the difference.

Inaugurating the one-day Magnificent Madhya Pradesh meet in Indore, Chief Minister Kamal Nath made it clear that the state government was ready to adopt unorthodox and unconventional ways to help the industry. “We are not afraid of doing new things, of doing things differently. If you convince us that something is going to benefit our citizens, bring them more jobs, more prosperity, you will find in us willing and responsive partners,” he said, addressing delegations from India and abroad.

State RERA chairman Antony deSa said many important changes had been made in the interests of citizens, colonisers and investors. The main objective of RERA was to see that possession of homes takes place on time. RERA officials have proposed the appointment of a district judge-level officer as executing officer with powers of the civil court as well as the revenue court for arbitration between colonisers and home buyers. DeSa said the proposal had already been sent to the concerned authority and once the proposed modifications are done, the orders of RERA could be implemented more effectively and would bring respite for builders and home buyers.

In the present set-up, if RERA passes an order and the concerned party is unwilling to accept it, RERA can take it up in the civil court. If RERA gets an executing officer with powers of civil and revenue courts, it can settle the complaint at its level. The case clearance rate of RERA is about 70 percent. Out of the 2,200 cases settled, 85 percent worked in favour of the allottees, while 15 percent went in favour of developers.

The policy is promising but must be followed by meaningful action.