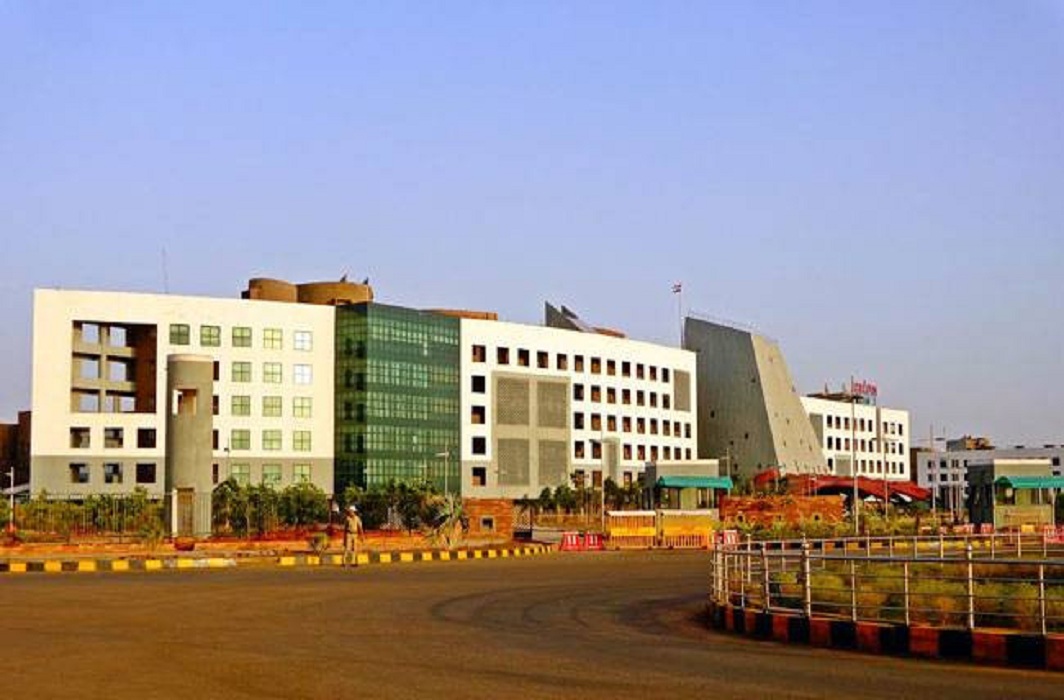 Above: The secretariat in Naya Raipur, Chhattisgarh. The change of regime has set in motion a series of inquiries

As the latest CAG report points out massive scams during the previous BJP regime, Chief Minister Bhupesh Baghel starts the clean-up by targeting departments held by his predecessor where corruption allegedly flourished

Anything that could go wrong did indeed during the 15-year regime of former BJP Chief Minister Raman Singh. It appears that his successor, Bhupesh Baghel, and his newly installed government in Chhattisgarh are in a tearing hurry to set right the wrongs. And he has chosen to start with the departments that were presided over by Singh himself.

The Comptroller and Auditor General (CAG) in its latest report, now placed in the assembly, has pointed out that 17 government departments took out tenders worth a total of Rs 4,601 crore in 2016-17. These related to every department, such as public works, public health engineering and others, which procures goods and services for the government. The tender forms were uploaded by CHIPS, a government agency entrusted with the work. CHIPS used 74 computers at its office in Civil Lines, Raipur, to upload these tender forms. Amazingly, as many as 1,921 tender contractors used the same government computers to fill their tenders! Obviously, people entrusted with the work were working in cahoots with the insiders.

As many as 79 of these contractors have used the same two PAN numbers, and the 235 e-mail ids that were used for filling up the forms were also used by 1,459 contractors. One particular e-mail id, the CAG found in its thorough probe, was used by as many as 309 contractors. The CAG has blamed CHIPS for not using a protected gateway and deliberately not making an attempt to secure its site.

The Economic Offences Wing (EOW) under IG SRP Kalluri has now registered a case under instructions from Baghel’s office and begun its investigations. Recently, it raided the CHIPS office and subsequently the PWD office as well. All the officers entrusted with the filing of tenders were isolated and questioned. All the 1,921 files mentioned in the CAG report have been seized by the EOW.

Though it has so far refused to say what it has found in those files, it is clear that the CAG report itself is damning enough for those involved. The EOW has also seized some computers and hard disks from the CHIPS office but has made no arrests so far.

The twist in the case came recently when one RSS veteran, Virendra Pandey, who has also been the vice- chairman of the state Planning Commission, wrote to Baghel that former Chief Secretary Vivek Dhand should be named in the FIR as he was responsible for all e-procurements and had headed the Empowered Committee that decided all e-tenders. Dhand is now the chairman of RERA, a post Pandey alleges he got as a reward for the e-tender scam.

Pandey now wants Dhand to not only be made an accused along with all the other members of the Empowered Committee but also raided/questioned in relation to the irregularities found in the CAG report. “The EOW raid has so far been eye-wash as it is an attempt to hide rather than name the real culprits,” he says.

To buttress his allegations, Pandey has written a letter which he released to the press. The letter says that a tender was taken out for the development of the e-portal for the state government. On June 18, 2015, a company named mjunction was interviewed as it had quoted the lowest prices. It was given the go-ahead to “go live” on February 16, 2016. The unsaid part appears to be that mjunction may be involved in doing insider jobs, as alleged by the CAG.

According to Pandey, as head of the Empowered Committee (EC), Dhand was directly responsible for all the decisions and malafide activity that may have resulted from them. The EC was constituted on May 24, 2005, and reconstituted on June 13, 2006. It was tasked with taking decisions regarding all tenders worth more than Rs 1 crore. It further constituted a task force comprising all department heads like PWD and PHE, etc, along with the IT secretary to ensure that funds were available for projects under the e-tender scheme. A total of 48,991 tenders have been taken out by CHIPS under the scheme with a material value of Rs 92,396 crore since its inception.

On being contacted, a source in the IT department said that the allegations by the CAG are actually based on material provided by CHIPS itself. It appears that in 2013, CHIPS had written seven letters to various departments after it observed through its Business Intelligence Tools that vendor and buyer are the same as they appear to be using the same computer. This letter was brought to the notice of Dhand, who was the chairman of the EC, but he refused to take the departments to task.

Interestingly, the Bilaspur High Court also recently disposed of a petition filed by Pandey some three years ago related to Rs 1200 crore tar scam. The tarmacadam or damar as it is colloquially known is used by road construction companies as a binding agent. It is a high-value product and bad roads are a result of contractors economising on it.

The High Court disposed of the petition on a reply by the new government that it has handed over the entire case to the EOW. The HC said that since the main demand in the petition has been met, it will now proceed accordingly.

The Baghel government is believed to be working on the premise that all departments under the former chief minister were riddled with corruption. The IT department, PR department and finance are the first ones to come under the scanner. Unravelling the many scams is going to be a long and arduous task that involves many twists and turns but the chief minister is confident of completing the job he has set out to do.