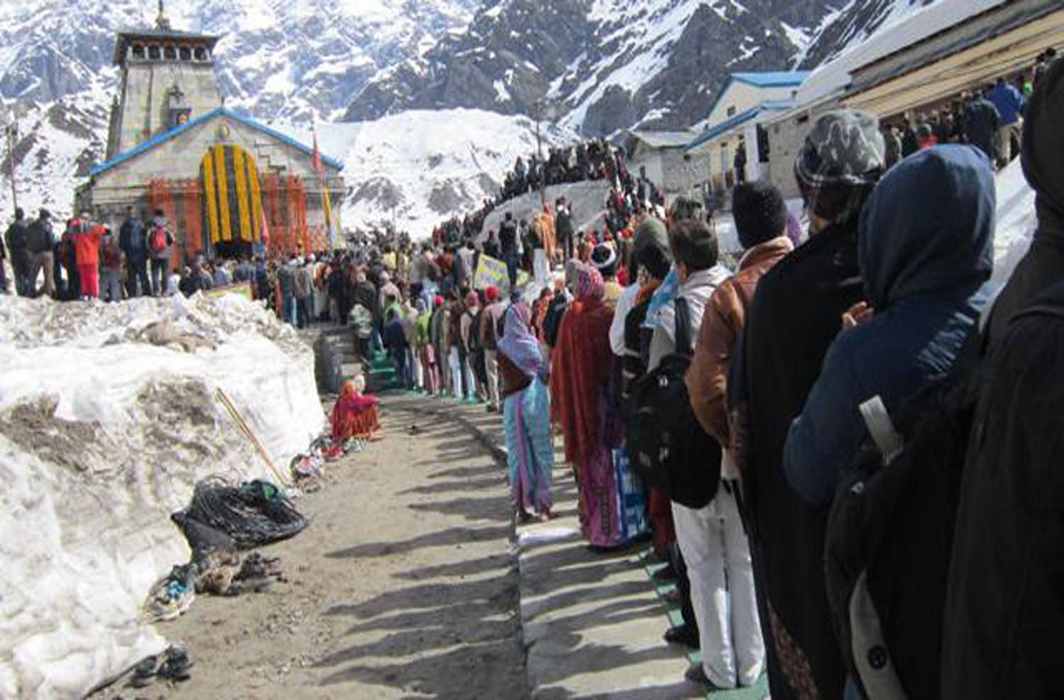 Above: The proposed Char Dham Shrine Board will control 50 temples, including Kedarnath

The BJP government stirs a hornets’ nest with its latest edict to bring all the temples in Uttarakhand under its control, including the holiest of the holies, the Char Dham

There’s nothing like religion to inflame passions. That is precisely what the ruling BJP government is facing in Uttarakhand after its latest edict. The hill state boasts of over 50 temples, including the Char Dham—the four most revered shrines at Badrinath, Kedarnath, Gangotri and Yamunotri. They will now be brought under the state government’s control and managed by a Char Dham Shrine Board.

Once implemented, the legislation will change an 80-year-old practice and the BJP government has stirred a hornets’ nest. Not only does the proposed Bill aim to acquire control of these shrines and temples, it has also changed the definition of Char Dham as laid down by Adi Shankaracharya, the eighth century theologian credited with unifying and establishing the main currents of thought in Hinduism.

Not surprisingly, the move has met with anger and resistance from religious heads. Babulkar Dinkar, a rightful holder of the Badrinath temple and a three-time member of the Kedarnath-Badrinath Committee, told India Legal that the BJP government was committing sacrilege. He said: “We all know that the Char Dham—Badrinath, Jagannath Puri, Rameswaram and Dwarka—were established by Adi Shankaracharya. Kedarnath is the 11th jyotirlinga while Yamunotri and Gangotri were sources of the two rivers. Just because vested interests and tour operators started calling the Uttarakhand shrines as Char Dham, can the original dhams be replaced? How can the government bring the other shrines on a par with Badrinath? Can they tamper with what Shankaracharya had created?”

Dinkar said that the government’s intention was to appoint inspectors to run the affairs of the four shrines. “The practice of a Namboodiri Brahmin being the chief priest started by the Shankaracharya is still followed at Badrinath.”

An attempt to bring the four shrines under one umbrella was first made by the ND Tiwari government in 2004. A Char Dham Development Board was constituted but in the absence of legislation it remained ineffective.

At a meeting held on November 27, the state cabinet gave its approval to the Uttarakhand Char Dham Shrine Board Management, 2019. Chaired by Chief Minister Trivendra Singh Rawat, the cabinet decided that only a Hindu chief minister will head the proposed board. The legislation provides that in the event of a Muslim becoming the chief minister, a Hindu cabinet minister will head the board. For the record, the state has had no Muslim chief ministers since its inception in 2000.

Besides having the chief minister as its chairperson, the board, once formed, will have three MPs, six MLAs, several secretaries and Char Dham priests as members. An IAS officer will be the board’s chief executive officer. A bill is likely to be tabled in the upcoming assembly session and, once passed, the Board will start functioning on the lines of the Vaishno Devi and Tirupati Balaji boards in Kashmir and Andhra Pradesh, respectively.

At present the Shri Badrinath-Kedarnath Temple Committee manages the shrines. It has 18 members, including the chairman and vice-chairman, who are generally legislators nominated by the government. The state government nominates 10 other members while the zila parishads of Tehri, Uttarkashi, Pauri and Chamoli districts also nominate one member each.

The idea of a separate authority on the lines of the Vaishno Devi and Tirupati shrine boards for the development of the Char Dham was first mooted by a Muslim—Aziz Qureshi—in 2014. Qureshi, who was then the governor of the state, had said that a separate authority would ensure speedy development and effective management of Himalayan shrines. The decision to form a Board to run the affairs of temples and the four holy shrines has met with stiff resistance from teerth purohits. They view the decision as a usurpation of their rights and have decided to hold a buddhi shuddhi (purification of mind) yajna and also stage a protest march.

The general secretary of the Devbhoomi Teerth Purohit Mahapanchayat, an umbrella body of priests, Harish Dimri, has been quoted as saying: “The government wants to usurp Char Dham and we will not allow it.” A committee has also been formed to take the agitation forward. The teerth purohits met the parliamentary affairs minister of the state, Madan Kaushik, and demanded that the proposed bill should not be placed in the House without taking them into confidence. They are ready for a long battle on the issue.

To defuse the tension, the chief minister has assured the priests that the proposed law was not aimed at snatching their rights. “I assure every stakeholder that no one will be deprived of their rightful place and share. We want better management and facilities for everyone, including priests and devotees visiting the Char Dham,” Rawat said.

The protesting priests have found support from the Congress. The party’s general secretary, Vijay Saraswat, called the government’s decision “deplorable” and against “Sanatan Dharma”. He said that his party would oppose the government’s move to “infringe upon the rights of the stakeholders”.

Manoj Rawat, a Congress legislator from Kedarnath, described the government’s decision as regrettable and said: “The government is eyeing donations and offerings to these temples.” Laxminarayan Jugran, one of the stakeholders of the Kedarnath shrine, reportedly decried the move to associate the Char Dham shrines with the Vaishno Devi shrine board “sacrilege”. “The Char Dham are very ancient and linked with Sanatan Dharma. Kedarnath is a jyotirlinga. They are as old as creation. Badrinath, Gangotri and Yamunotri also hold deep religious significance and to associate these Dhams with the Vaishno Devi board is sacrilege.”

With the proposed law turning out to be a hot potato for the government, it has provided fresh impetus to the Congress which is geared up to oppose the bill when it is tabled in the House. Supporting it will be Brahmins and traditional BJP voters.

Religion unites as well as divides.