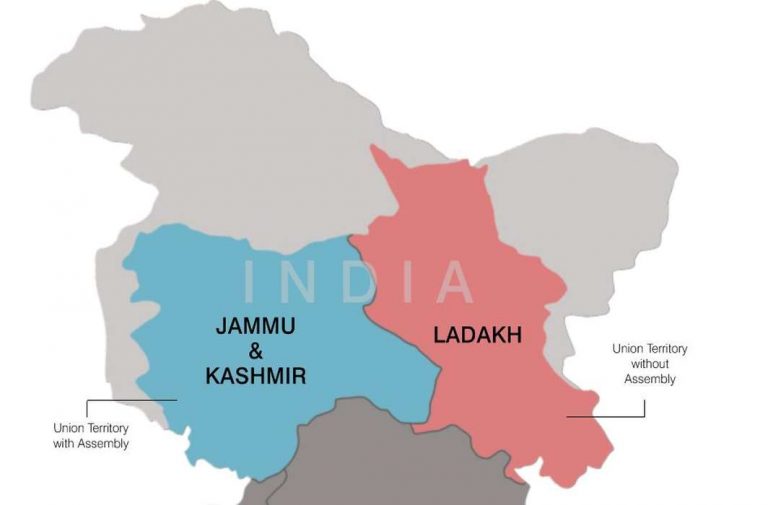 With the J&K due for bifurcation on October 31, administrative changes are taking place whereby the governor and the J&K cadre of the IAS cease to exist and assets are apportioned

The governor as an institution has become redundant in Jammu and Kashmir (J&K). So has the state cadre of elite services such as the Indian Administrative Service (IAS). Urdu is no longer the official language here.

These are the major administrative changes taking place as J&K ceases to be a state on October 31, four days after it observes the 72nd year of its accession to India. It is at pre­sent undergoing birth pangs of two Union Territories (UTs), one of the same name and the other, Ladakh.

Government employees have been given a choice to join either of the UTs. Assets and liabilities of undivided J&K state are being assessed to be apportioned between the two UTs. The remainder of the state’s budget in the current financial year is being looked into so that it is suitably reallocated. These exercises are being taken in pursuance of the Jammu and Kashmir Reorganisation Act, 2019. The Act was enacted along with the Constitution (Application to Jammu and Kashmir) Order, 2019, that knocked the teeth out of Article 370 of the Indian Constitution guaranteeing J&K’s special status and Article 35-A defining and protecting the special privileges of its permanent residents in August.

Extensive efforts are afoot to ensure that both the UTs are fully functional on the day they are inaugurated—on October 31. As Tennyson said in his famous poem “Idylls of the King”: “The old order change the yielding place to the new.” The J&K cadre of central services and the office of the governor were evolved as factors integrating J&K with the rest of the country.

The fact that the late RK Thakkar, who rose to be chief secretary of the state as well as Delhi, was the first IAS officer of the J&K cadre in 1962—a quarter of a century after Independence—and Karan Singh the first governor in 1965, explains this. There were voices then ridiculing IAS officers as “viceroys of Delhi”. These became muted with the passage of time as talented “local boys” entered the services and showed their mettle.

Mohammad Shafi Pandit was the first direct recruit to the IAS from the Valley in 1969. Khurshid Ganai, at present one of the advisers to Governor Satya Pal Malik, bagged second position in the 1982 UPSC examinations. Shah Faesal made headlines in 2010 for topping the list of successful IAS candidates. He resigned from the service to join politics and is at present under detention without trial in Srinagar.

Incidentally, the first person from J&K to qualify for the IAS was Shivanath, who became a top Dogri litterateur. He made the mark in 1949, but instead of the IAS, he was accommodated in the Indian Postal Service because the state had acceded to India only in matters of defence, communications and external affairs.

and Kashmir or Union territory of Ladakh, as the case may be, shall be borne on the Arunachal Pradesh-Goa-Mizoram-Union Territory (AGMUT) cadre and necessary modifications in corresponding allocations rules may be made accordingly, by the Central Government.”

In 1965, the nomenclatures of Sadar-e-Riyasat (constitutional head of the state) and “Prime Minister” (popular head of the state) were changed to governor and chief minister, respectively. Karan Singh, scion of the Dogra dynasty, figured in both the roles in their transition phase. On May 15, 1967, Prime Minister Indira Gandhi inducted him in the Union cabinet as its youngest member and brought in Bhagwan Sahay, a distinguished bureaucrat of ICS (British India) vintage, as the first person from outside the state to take over as governor.

There will not be any governor in the UTs, only a lt-governor. Section 5 of the Reorganisation Act provides that the governor of the state would be the lt-governor for the UTs of Jammu and Kashmir and Ladakh “for such period as may be determined by the President”.

This gives rise to the question whether the incumbent governor, Satya Pal Malik, would settle for a lower position. It would, indeed, be a rare development if a governor agrees to be downgraded as it has never happened before. In the Order of Precedence (protocol list maintained by the central government), a lt-governor figures at No 11 in his own UT and at No 25 outside it. This is much lower than the position enjoyed by a governor who is fourth in his state after the president, vice-president and prime minister and eighth outside it.

Leaders can be very touchy about their rankings. At the peak of militancy in Srinagar in March 1990, this writer witnessed an altercation between former Prime Minister Rajiv Gandhi and BJP leader Jaswant Singh over the way then Deputy Prime Minister Devi Lal was seated by Governor Jagmohan during the visit of an all-party delegation. This took place in Centaur Hotel, which is at present a major detention centre for many mainstream leaders. Incidentally, both Bhagwan Sahay and Jagmohan had served stints as lt-governors in other territories before becoming governors of J&K.

Indications are that the central government is considering some former security experts and bureaucrats as lt-governors. A demand has been voiced in Leh for appointing popular Ladakh leader Thupstan Chhewang, twice member of the Lok Sabha, as the first lt-governor of Ladakh. There is no such enthusiasm in Kashmir and Jammu divisions.

The UT of J&K will consist of all districts of the vanishing state except the trans-Himalayan Leh and Kargil which will constitute the UT of Ladakh. J&K as a UT will have a legislative assembly with a five-year tenure in tune with assemblies in the rest of the country. This removes the incongruity of the six-year term the state had as part of J&K state.

Ladakh will not have an assembly. It has elected autonomous hill development councils in each district which will continue to function. It may also get tribal area status under the Sixth Schedule of the Constitution. A strong recommendation to this effect has been made by the National Commission for Scheduled Tribes.

Ladakh is the only region of the state which has been consistently demanding separation from it by being made a centrally-administered territory. Its dreams have soared. The Buddhist majority in Leh district is delighted that the overwhelming Shia population in Kargil district has seen merit in becoming part of the UT with certain conditions, including that it would have rotational headquarters.

Procedures for the conversion of the state into UTs are stipulated in the Reorganisation Act. It is the nitty-gritty that is being attended to for a smooth transition. The popular reaction to them is still missing in the region that will constitute the UT of J&K, unlike in Ladakh where there is jubilation. If at all, only a section of the non-BJP leadership in the Jammu region has spoken out against the constitution of the UT itself at the cost of statehood. In the Valley, the majority has just fallen silent, keeping all cards close to its chest.