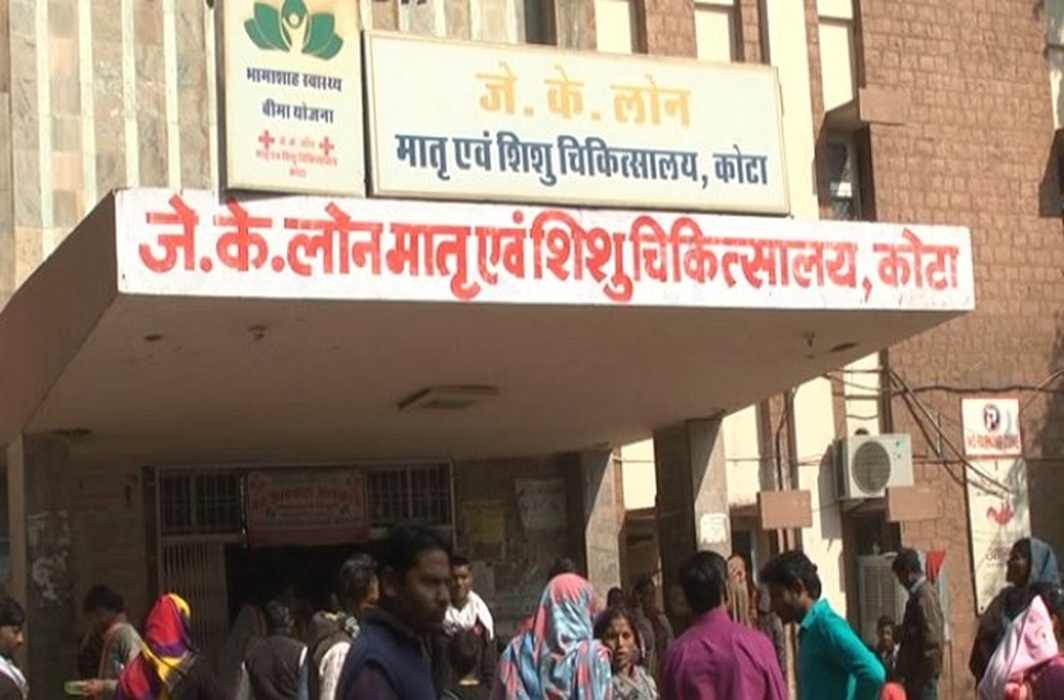 In an absurd display of callousness, the Rajasthan government failed to react when 100 babies died within a month at JK Lon Hospital. The rivalry between the CM and his deputy made matters worse

The recent spate of infant deaths at the government-run JK Lon Hospital in Kota has not only caught the Congress government napping but also brought to the fore the intense rivalry between Chief Minister Ashok Gehlot and his deputy and state Congress president Sachin Pilot.

The callous attitude and response of the government to a tragedy that was waiting to happen has shocked everyone. On December 23-24, 10 newborns died within 48 hours, but instead of taking preventive measures, Gehlot said infant deaths in the state are declining and have been at the lowest in the past five to six years. In a series of tweets, the chief minister even invited Union Health Minister Dr Harsh Vardhan to visit the Kota hospital to personally see that it has the best of facilities and proper management. While making these assertions, Gehlot totally misjudged the gravity of the situation as the toll of infant deaths had crossed the 100 mark in 33 days. It was only after the mismanagement at the hospital became a national issue and the BJP launched a blistering attack that the state government reacted, but that too in a knee-jerk manner.

In a major PR disaster, the state government sent health minister Raghu Sharma to Kota for nine days after the first death was reported. Sharma, inste­ad of announcing remedial measures, blamed the previous Vasudhara Raje government for neglecting the needs of the hospital and even accused it of denying funds for improvement. However, the visit created further furore as the hospital management rolled out the green carpet to welcome the minister and it was reported that two newborn kids died during the visit as doctors were busy attending to the minister.

On January 3, Pilot visited the hospital and like an Opposition leader, blasted his own government for the unsatisfactory response and even called it “insensitive”. Openly contradicting the chief minister and the health minister, Pilot called for accountability to be fixed as he said one could not avoid responsibility by comparing death figures. He hit back at Sharma, saying: “We have to fix accountability. After 13 months of being in charge, it may not serve any purpose to point towards the previous government. That was voted out… we were voted in. We have to face responsibility and consequences. People expect us to deliver. The response could have been more sensitive and we should have been more compassionate.”

The rivalry between Pilot and Gehlot is an open secret and people are used to their exchanging snide remarks. But this remark was a serious indictment of the performance of Gehlot, who people say was very late in reacting to the infant deaths. A local Congress leader, who did not want to be named, told India Legal that the rivalry between Pilot and Gehlot is a manifestation of the power struggle between the “old guard” and the “young brigade” in the Congress. This has become more intense due to the fluid situation regarding the president of the Congress. The old guard still derives power from Sonia Gandhi while the “young brigade” is close to Rahul Gandhi as it believes that Sonia has played her innings and ultimately her son will lead the party.

“In their eagerness to show loyalty to the heir apparent, they have become more belligerent. Pilot was made the state Congress president for being close to Rahul and worked for five years in the hope that he would be the chief ministerial candidate in the 2018 assembly election. But after the election, Gehlot was made chief minister due to his proximity to Sonia Gandhi and her chief aide, Ahmed Patel,” he said. 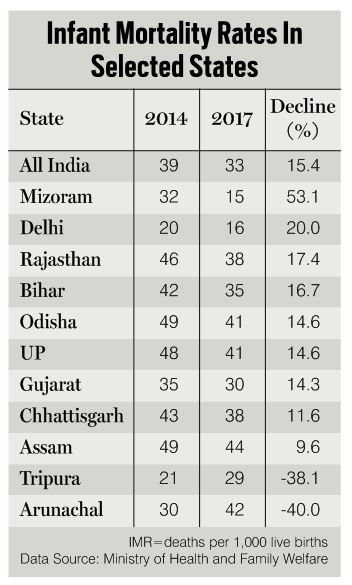 Although Pilot was named deputy chief minister, Gehlot has sidelined him by giving him insignificant ministries and even lured some of his supporters to his camp. Pilot’s severe criticism of the government was, in fact, directed at Sharma who was previously in his camp but now is considered very close to Gehlot, he said. Incidentally, it was Pilot who got Sharma a ticket to contest the Lok Sabha byelection in 2018 from Ajmer, his constituency.

Another senior analyst, who closely follows the Congress, told India Legal that Pilot’s criticism goes against the concept of joint responsibility of the cabinet. However, there is truth in what Pilot said. There has to be accountability for such a dismal response. “It took nine days for the health minister to visit the Kota hospital when reports of infant deaths started appearing in the media. And instead of announcing some emergency measures to control the damage, he blamed the previous BJP government,” he said. “In politics, perception is very important. If the government had rushed new equipment or sent a team of doctors from Jaipur, it could have salvaged the situation. But I was shocked by the sluggish response of the government. There was no alacrity or urgency in dealing with the situation at Kota.”

Senior political analyst Anil Sharma told India Legal: “Keeping aside politics, the issue of infant deaths is a serious one and it is the duty of the chief minister to look into the tragedy seriously, take remedial measures and fix responsibility. Those who are responsible for the deaths should be accountable.”

JK Lon hospital is a district hospital which directly comes under the collector. “What was the collector doing all this time? If hospital windows were broken and equipment not functioning, he should have acted,” Sharma added. Regarding Gehlot’s attitude, he said he was surprised by it. “He is a very sensitive person but his response to this issue goes completely against his image.” Besides, JK Lon is the only government referral hospital for children in Haudoti region and should have been top priority for the government in view of the bitter cold wave lashing northern India, he said. Besides, the entire Haudoti area suffers from malnutrition, though successive governments have tried to hide this fact. This is one of the reasons why it has a high infant mortality rate.

Sharma said that blaming the previous BJP government cannot absolve the present government of its responsibility. “The Congress government has been in power for more than a year. What it has done to improve the facilities at the hospital? If the Raje government had neglected the hospital, then the Ashok Gehlot government should have doubled its efforts,” Sharma said.

The slugfest between the Congress and the BJP, Sharma said, is an old, festering issue. The former’s opposition to the newly-enacted Citizenship (Amendment) Act is out in the open. Gehlot not only declared that he would not implement it in the state but also led a rally of more than five lakh in Jaipur to protest against it. “The BJP needed something to hit back at the Congress and that is why these deaths were made a national issue,” he added. 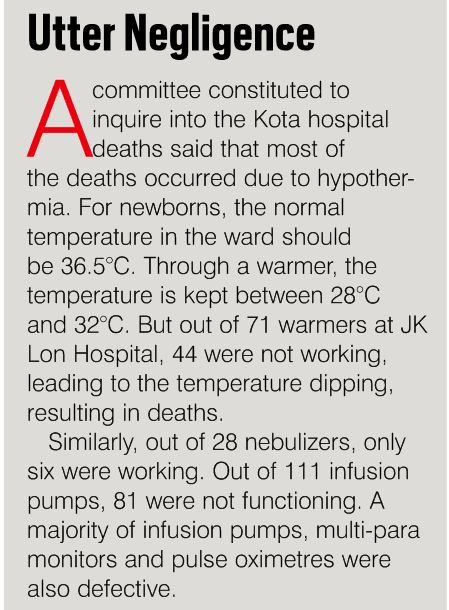 Although the BJP is going the whole hog against the Gehlot government, the health record of the states where it is in power is no better. In Gujarat, 219 infant deaths were reported at government-run hospitals in Rajkot and Ahmedabad in December. UP Chief Minister Yogi Adityanath too faced a similar situation when 70 children died at Gorakhpur’s BRD Hospital due to disruption in oxygen supply between August 10 and 11, 2017.

Even BSP chief Mayawati’s criticism about the infant deaths has clear political overtones, said Sharma. In the 2018 assembly election, the Congress could muster only 99 seats and had to form the government with the support of 12 independents and six BSP MLAs, who had joined it. “It is natural for Mayawati to attack Gehlot as she is bitter with the party for poaching six of her MLAs.”

A senior paediatrician, who did not want to be named, said doctors of the Kota hospital cannot escape responsibility. “The JK Lon Hospital in Jaipur has never witnessed such rampant deaths. Facilities at the Jaipur hospital are much better, but the Kota hospital doctors should have demanded better facilities and equipment. If most of the equipment is not working, then who is responsible?” he asked.

“More than the government, I will hold the hospital administration and head of the institution responsible. Every hospital fumigates the intensive care unit every three months. At the Kota hospital, it was not done for the last six months. Oxygen is being still supplied through cylinders and no record of patients is being kept. Doctors were not even following the standard operating procedures,” he added.

Sadly, in the end, it was infants who paid for this laxity.