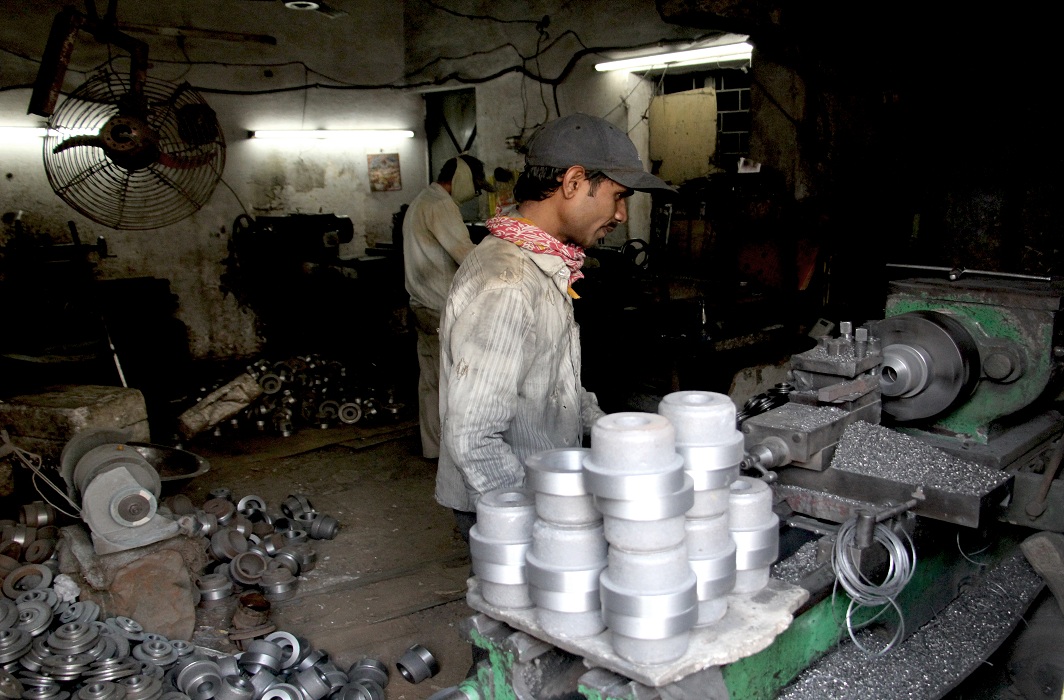 A new ordinance for micro, small and medium enterprises is expected to trigger growth and investment by removing red tape and bring dividends for the state government

Badly hit by demonetisation and GST, Rajasthan’s problems have been compounded by the deluge of cheap Chinese goods and more significantly, a 2017 Supreme Court decision which completely banned gravel- and river-sand mining. This not only rendered thousands of workers jobless, but dealt a huge blow to an already sluggish construction industry.

According to Centre for Monitoring Indian Economy (CMIE) estimates, Rajasthan’s unemployment rate has more than doubled over the last two years, from 6.6 percent in 2016 to 14.9 percent in December 2018. Given this background and with Lok Sabha elections round the corner, the Rajasthan government on February 4 notified Micro, Small and Medium Enterprises (MSME) Facilitation of Establishment and Operation Ordinance, 2019 to boost growth and investment by removing bureaucratic hurdles.

Under the new ordinance, all sorts of approvals and inspections from various departments have been exempted for three years, apart from other legal and administrative difficulties. At the same time, all the provisions of the Government of India, where the state government is empowered to grant relief and exemption, have been extended to MSMEs.

According to the new provisions, entrepreneurs will be able to present “declaration of intent” electronically or physically to the nodal agency, which will issue an acknowledgement certificate that will spare them the trouble of running around government offices. Bureau of Investment Promotion and District Industrial Centres will be the nodal agency for implementation of the ordinance.

All the necessary approvals from the department concerned can be secured only after three years by the enterprises and within six months.

“This ordinance will not only save the time of entrepreneurs, but also allow them to focus on industrial expansion and production,” said Rajasthan chief minister Ashok Gehlot in a press release. Besides, it will also create a conducive environment for industrial investment in the state, he said, adding that they will have to work as per the laws.

Rajasthan’s trade and industry have hailed the move, calling it a big leap forward in creating transparent and accountable administration. They say that the state previously had a “single-window” facility, but it was not free from the bureaucratic red tape. That was the main bane for Rajasthan failing to attract investment and in many cases because of delay in getting necessary approvals and clearances, many projects were shelved or failed to take off.

Welcoming the step, Suresh Agarwal, president of the Federation of Rajasthan Trade and Industry (FORTI), said that it used to take months for various clearances from the so-called “single-window”. “Under the new provisions, instead of running around government offices, the entrepreneurs will be able utilise this time in setting up their businesses and in three-year’s time, they could be up and running,” Agarwal told India legal. As MSMEs involve small capital and set up, they sometimes give up halfway because of red tape. They often cannot wait for long as the nature of their business changes, he added.

“The biggest beneficiary of the new provisions will be the automobile ancillary industries. Most of these industries are in Haryana, which is adjacent to Bhiwadi industrial area of Rajasthan. Things have become very expensive in Haryana and with Rajasthan opening its doors, this industry will see a boom. I have got calls from more than 500 people, seeking more information about the ordinance,” Agarwal said.

Anil Sabo, former chairman of CII Rajasthan, said the most welcoming feature of the ordinance is that for the first time the government has put its trust in entrepreneurs’ ability. “Most MSMEs are set up by a single individual, who apart from taking care of production and marketing, have to run around for government clearances. Even in the case of “single-window”, one had to apply for various permissions. This was a time-consuming process and all energies were spent in completing the paper formalities,” Sabo said

“After the new government took over, we had a detailed meeting with government agencies in February where we emphasised that unless entrepreneurs are trusted, nothing would happen to Rajasthan industries,” he said. This way, mutual trust will be established and entrepreneurs will also observe and follow government guidelines and norms.

KL Jain, president of Rajasthan Chamber of Commerce and Industry, said the new move had made the so-called “single-window” redundant. “The best thing about the ordinance is that it will spur the growth of micro industries. Such units are usually set up by artisans and craftsmen, who do not have formal education. They face a tough time in getting paper formalities done. Secondly, small units with a capital of Rs 10 lakh to Rs 15 lakh will benefit from this,” said Jain.

However, how this policy will be implemented needs to be seen, he said. “Many years ago, when the so-called single-window was established, we were told that it will speed up the process and spare entrepreneurs  bureaucratic red tape. The government’s intention is good. However, only its proper implementation will bear fruit,” Jain said.

Though the proof of the pudding is in the eating, many industry experts are cautiously optimistic. One of their biggest worries is that the ordinance does not specify what will happen after three years as projects set up under this policy will need to obtain all necessary governmental clearances. If an industrial unit set up three years ago, starts producing its intended product and governmental approval is declined, then what will happen, they ask. Unless this is clarified, they said, the ordinance will fail to achieve its intended purpose.

It waits to be seen if this ordinance will get the government more votes in the coming elections. A clearer picture will emerge only after that.