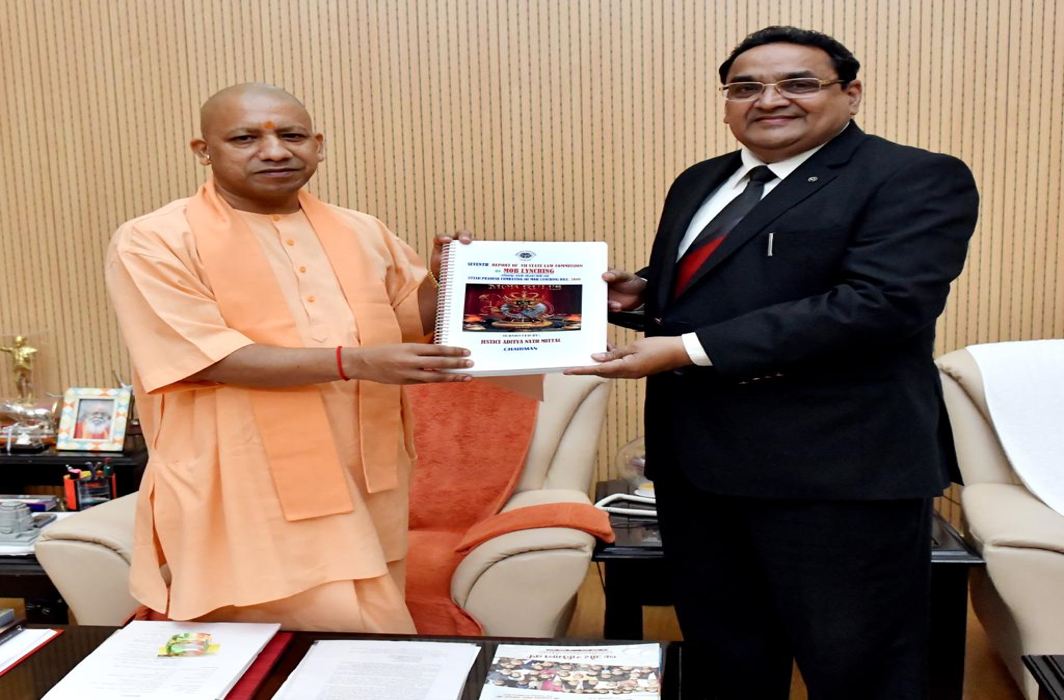 In a positive development, the UP Law Commission has submitted a draft Bill recommending up to life imprisonment for the mob lynching. Rajasthan will follow suit

In what seems to be growing intolerance towards mob lynching, Rajasthan and UP have followed Madhya Pradesh in wanting to curb this crime and enact laws in this regard. In Rajasthan, Chief Minister Ashok Gehlot announced in the assembly that the government would soon enact a law on the model of Madhya Pradesh and UP to curb lynching. In UP, the state Law Commission has recommended a minimum jail term of seven years going up to life imprisonment for those involved in the crime. A three-year jail term for policemen has also been recommended for dereliction of duty.

But the law will not be confined to lynching in the name of religion. Even those killing public servants while they discharge their duty have been covered under the draft law. The draft law is in keeping with the Supreme Court’s order of July 17, 2018, which said: “There can be no shadow of doubt that authorities…have the principal obligation to see that vigilantism, be it cow vigilantism or any other vigilantism of any perception, does not take place. It ushers in anarchy, chaos, disorder and, eventually there is an emergence of a violent society.”

The draft of the Uttar Pradesh Combating of Mob Lynching Bill, 2019, which has been submitted to Chief Minister Yogi Adityanath, has taken suo motu cognisance of mob lynching and said that as the existing law was insufficient, there was a need to punish the assailants as well as law enforcers for failing in their duty. The report, finalised by Justice (retired) AN Mittal, the law panel chairman, has recommended up to seven years’ imprisonment and fine up to Rs 1 lakh if the victim is injured. Other recommendations include up to 10 years’ imprisonment and a fine of Rs 3 lakh in case of serious injuries to the victim, and rigorous imprisonment for life and fine up to Rs 5 lakh if the victim dies.

The panel also recommended equal punishment for conspirators and abettors. Significantly, the panel has proposed a jail term of one year, extendable to three years, against a police officer or district magistrate in case of dereliction of duty. The report also suggests six months’ jail for contributing to or enforcing a hostile environment created against the victim or family, including boycott of trade, public humiliation, depriving of fundamental rights and forcing a person to leave his home. 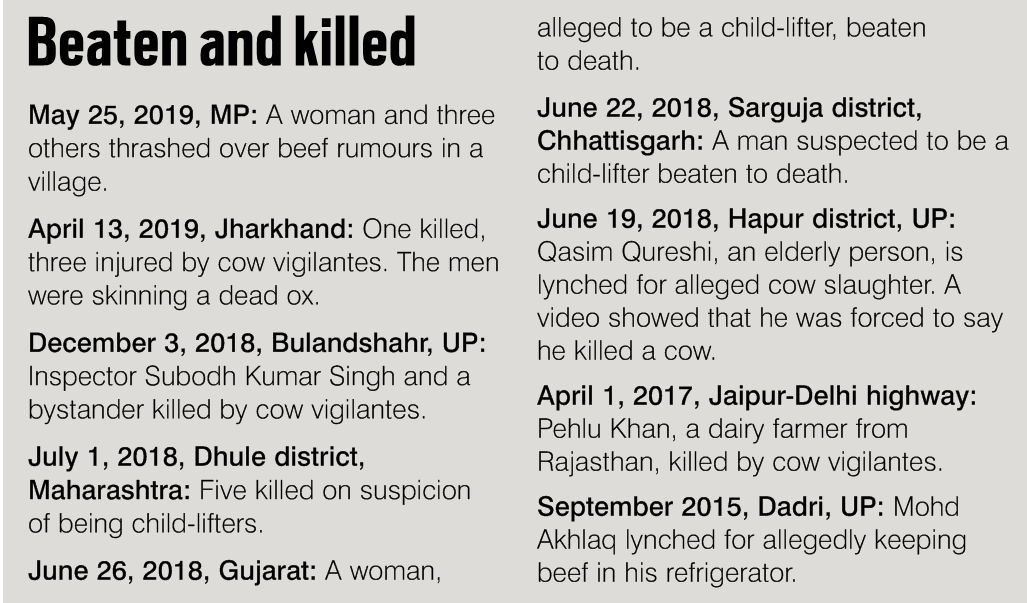 As the draft Bill will need the approval of the government and the process may take time, depending on how serious the government is about tackling the issue, the law panel wants its immediate enactment.

Justice Mittal told India Legal that he had come across 50 cases of mob lynching, including those by hate-mongers, in UP since 2012. Relying on the available data, Justice Mittal said that out of 50 victims of these incidents, 11 were killed, while 25 were subjected to major assaults.

Drawing the chief minister’s attention in his draft Bill, Justice Mittal recalled the 2015 lynching of Mohammad Akhlaq in Dadri and the 2018 incident in Bulandshahr over beef in which police inspector Subodh Singh was killed by “workers of a Hindu organisation”.

Emphasising the need for a stringent law, the law panel chairman said: “Mobs take the law into their hands to unleash violence against suspected accused and their families. Such incidents are happening not only in the name of cow slaughter, but also child thefts, love affairs, rape and some superstitions.”

Lynching has, therefore, been defined by the law panel as “an act of spontaneous or planned violence by a mob on grounds of religion, race, caste, sex, place of birth, language, dietary practices, sexual orientation, political affiliation or ethnicity”. The report cited last year’s incident in which a 22-year-old woman of Sitapur was raped and later, when she was going to file a report, the accused burnt her.

Justice Mittal said that the prime minister too had expressed his regrets over the lynching of a Muslim man over alleged theft and advocated harsh punishment for the perpetrators of the crime. The incident had its fallout in Agra and Meerut with some elements trying to incite trouble.

The panel’s report said: “I would like to appreciate that our Prime Minister has spoken something after the silent protest ‘Not In My Name’ throughout India and abroad. But merely lip service is not the solution of the problem. It is high time to take strict action against the so-called Gau Rakshak… It is … necessary that an anti-lynching law should be passed.”

The draft Bill is in keeping with the Supreme Court which last year gave the states four weeks to consider bringing in a law to address lynching and asserted that “mobocracy can’t be allowed in democracy”. A set of 12 directives were issued by the apex court to prevent mob killings.

Some of the important directives were: State governments shall designate a senior police officer, not below the rank of superintendent of police, as nodal officer in each district. Such officers shall be assisted by a DSP-rank officer in the district for taking measures to prevent incidents of mob violence and lynching. They shall constitute a special task force so as to procure intelligence reports about the people who are likely to commit such crimes or who are involved in spreading hate speeches, provocative statements and fake news. The court also directed that within three weeks, areas where instances of lynching and mob violence have been reported in the last five years should be identified. The UP law panel report relies on these directives and also the remedial measures suggested by the apex court in its draft Bill. As the draft Bill has drawn majorly from the Supreme Court’s order, it remains to be seen if any changes will be made by the state government.

Politically, the draft Bill has been welcomed by BSP President Mayawati, who called lynching a “terrible illness”, and blamed the BJP government for failing to implement the rule of law. Calling for the draft Bill’s early enactment, she said lynch mobs believed that they could get away with their crime under the BJP government. Babri Masjid Action Committee convener Zafaryab Jilani also welcomed the Bill but doubted if it would be enacted in letter and spirit. Jilani said that the Supreme Court in its 2018 order had given four weeks’ time but the government worked at its own pace. A contempt petition filed in the Supreme Court after the four-week deadline was still pending. He hoped that until the enactment of the law, the government would use remedies provided under the IPC to deal with the killer mobs.