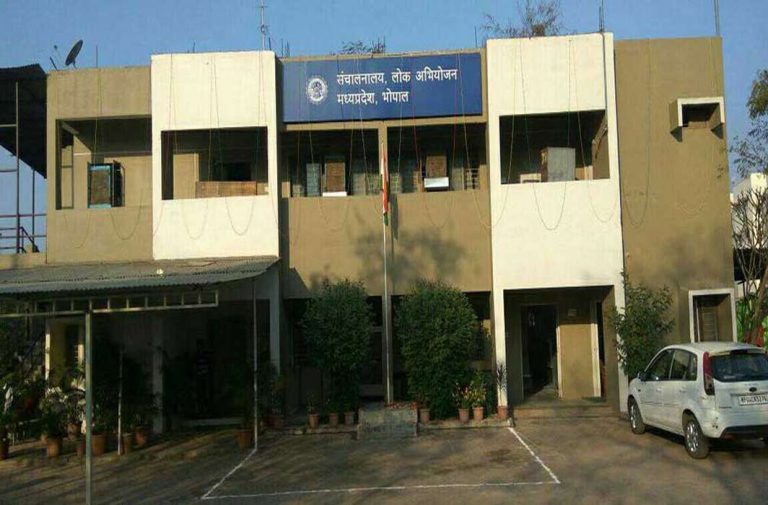 A help desk has been launched by the prosecution department to help witnesses regarding the status of cases. This, along with an “eProsecution MP” app, could change the face of the legal system

In a step that should be hailed, Madhya Pradesh has moved towards digitisation of the entire prosecution system by launching a “witness help desk” software. This will provide information to witnesses regarding cases in all district courts in the state.

Information such as case details, counsel, court, schedule and status can be obtained at the click of a mouse. Moreover, witnesses can get case information via SMS through this software that obviates the need for them to make the rounds of the court for details. The prosecution department has won several national and international awards in the last two years for innovations in the expeditious trial of cases.

When a witness visits a court for the first time, his phone number, name and Aadhaar number are collected along with details such as the name of the prosecutor concerned and court number. Through this application, users can get details of their cases on the phone. They will be able to make a call to the help desk or simply send a text message to get details of the next date of hearing or the status of the case or whether their presence is required. The software also has a confidential feedback system that only the admin of the central command can access. The witness can give feedback about any problem he faced during the court visit. The witness help desk therefore allows prosecution offices in different districts to help witnesses, complainants and victims.

The department had already set up help desks in 51 districts. The help desk app in each of these districts is equipped with tablets. State public relations officer, MP State Prosecution, Mosami Tiwari said that 51 district prosecution officers (DPOs) will assign work to handle the witness help desk to any additional DPOs (ADPOs). However, the ADPO will not be able to access details of witnesses giving feedback. It will be completely confidential.

Director General (Prosecution) Purushottam Sharma said the department already had a three-layered system for monitoring cases and the help desk at the district level will further aid it. He claimed to India Legal that close monitoring had yielded encouraging results over the years. In 2018 alone, he claimed that 19 cases of rape and murder were reported and the culprits in all the cases got capital punishment. Death sentences were awarded in nine rape and murder cases in 2019.

The SKOCH Award, instituted in 2003 by a leading think-tank, is India’s highest such civilian honour conferred by an independent organisation. It recognises people, projects and institutions that go the extra mile to make India better. The SKOCH Group deals with socio-economic issues with a focus on inclusive growth since 1997. The award was given for development and implementation of an app called Prosecutors Performance, Evaluation and Review System. The app is available on Google Play Store. The department claims that due to this app, there is remarkable improvement in the conviction rate.

In 2018, the department secured 21 capital sentences—a national record. Also, in lower courts, the conviction rate crossed 61 percent in 2018, which was the highest in India. In heinous offences, the app helped secure a conviction rate of around 70 percent. The prosecution department also earned the distinction of having secured the fastest trial resulting in capital punishment—five days; it also secured life imprisonment in three days in another case.

This was even mentioned by Prime Minister Narendra Modi in his August 15 speech in 2018. He mentioned a case in MP where a man was awarded the death penalty after five days of trial in Katni. The man, Rajkumar Kol (34), an auto-rickshaw driver, was awarded the death sentence on July 27, 2018, for raping a minor girl on July 4. The accused was arrested within 72 hours of the crime and a charge sheet filed on July 18. Katni’s DPO Dharmendra Taran, who secured the death penalty, recalls: “It was obvious that the defence lawyer was delaying the trial by trying to mislead the court.” So Taran requested the court to reject the defence lawyer’s application.

In 2018, the government introduced the “eProsecution MP” app. It aims to track day-to-day activities of 1,000 government prosecutors across the state. Later, the prosecution department introduced a “reward system” to motivate public prosecutors to ensure speedy trials and quick convictions. It provided 1,000 points for a death penalty, 500 for a life imprisonment and 100-200 points for maximum punishment in lower courts. Prosecutors who collect more than 2,000 points are given the title of “best prosecutor of the month” and “pride of prosecution”. With the reward system in place, prosecutors go the extra mile to get more points. Though there’s no monetary award yet, these achievements are recorded in their annual confidential report.

Former DG prosecution, Rajendra Kumar, who introduced the e-prosecution scheme, said that after its introduction, there was competition among the public prosecutors to receive maximum points. Those who do well are felicitated and those who falter are warned. And those who try to manipulate the numbers are given stiffer punishments.

Across the country, government prosecutors are not known for being efficient. They often try to get the wronged party timely justice, it is alleged. This undermines the citizen’s faith in the system. But MP is showing the way by training and incentivising prosecutors.

Rajendra Kumar, who was DG, prosecution, for three years till October 2019, said there was no system to evaluate the performance of prosecutors. A seminar was called to discuss this. This eventually led to the development of the app, which is now being used by about 850 prosecutors.

MP could show the way for the rest of the country.