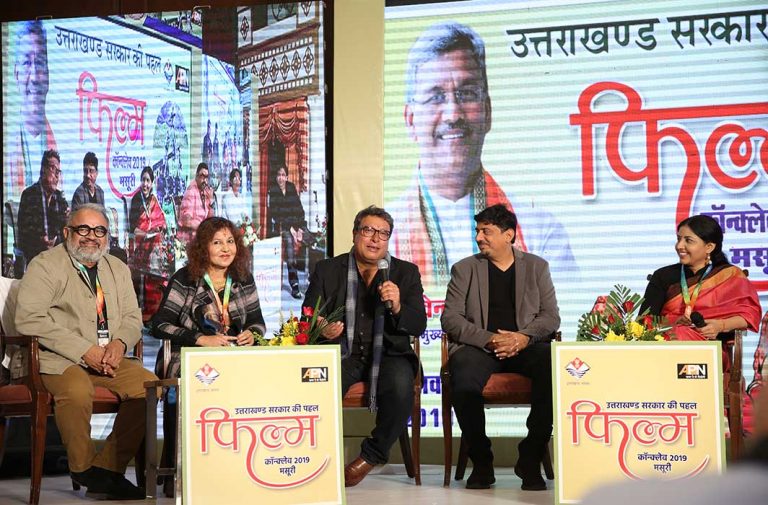 The recently-concluded two-day Film Conclave held in Mussoorie on Nov 7 and 8 in which India Legal’s sister concern APN Group was the media partner drew the attention of the film fraternity to the Uttarakhand’s potential of providing scenic locales to shoot their films.

The Conclave was attended by film producers and directors such as Muzaffar Ali, Tigmanshu Dhulia, Vishal and Rekha Bhardwaj,  Abhishek Dogra, Ajay Arora and others.

Editor-in-Chief of APN Group, Rajshri Rai along with other dignitaries lighted the inaugural lamp of the Conclave and Chairman of the APN Group and senior advocate Pradeep Rai presented a token of gift to the two dignitaries, before the renowned singer Shoma Ghosh rendered Ganesh Vandana.

Speaking in the Conclave, Irani stressed the need of multi-language content and the use of high quality technology in producing films. She said that the art and culture of Uttarakhand must be preserved.

Rawat while interacting with the filmmakers and producers promised all help to them for organising shoots in Uttarakhand. He said the government will soon come up with a single window system to avoid any delay and red tapism in approving their shooting schedules.

For more detailed story, click on the link below: