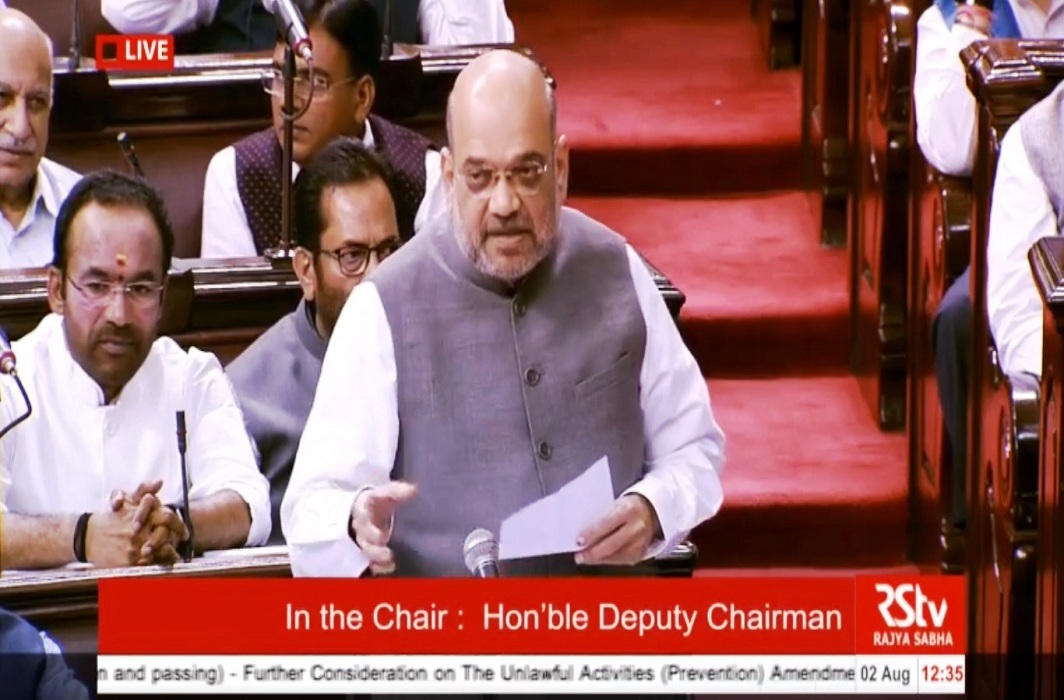 A law which gives the power to the government to designate individuals as terrorists was passed by Rajya Sabha on Friday.

The Bill amending the Unlawful Activities (Prevention) Act, 1967 was passed after facing stiff resistance by the Opposition parties which wanted it to be sent to Select committee for approval.

Union Home Minister Amit Shah replying to the Opposition’s queries said that a four-level analysis has been provided in the amendment and no human rights will be violated.

“Declaring individuals as terrorists is required as they float different organisations once an institution is banned. Individuals can be declared terrorists if they commit or participate in acts of terrorism, prepare or promote terror.

“The amendment will expedite prosecution in terror cases. Terrorism has no religion, terrorists are against humanity, he said seeking support of all parties to support stringent laws against terrorism,” said Shah.

Opposition parties termed the Bill as draconian on the grounds that it will lead to large-scale harassment and injustice.

Elamaram Kareem of CPM cited POTA and TADA laws and said thousands of Muslims were arrested under these laws.

“The government is imposing state-sponsored terrorism and dissenting individuals can be declared terrorist,” Kareem stated.

DMK’s P Wilson welcomed the intention of Bill but said that the amendment will be subject to misuse and abuse.

” For persons who are labeled terrorist, there is no such safety measure. Simple assumption of a central official is sufficient to declare an individual as terrorist. The act doesn’t say who is the officer in the Central government, who will brand the person as a terrorist. The officer is not a judicial authority. The designation can happen arbitrarily,” Wilson pointed out.