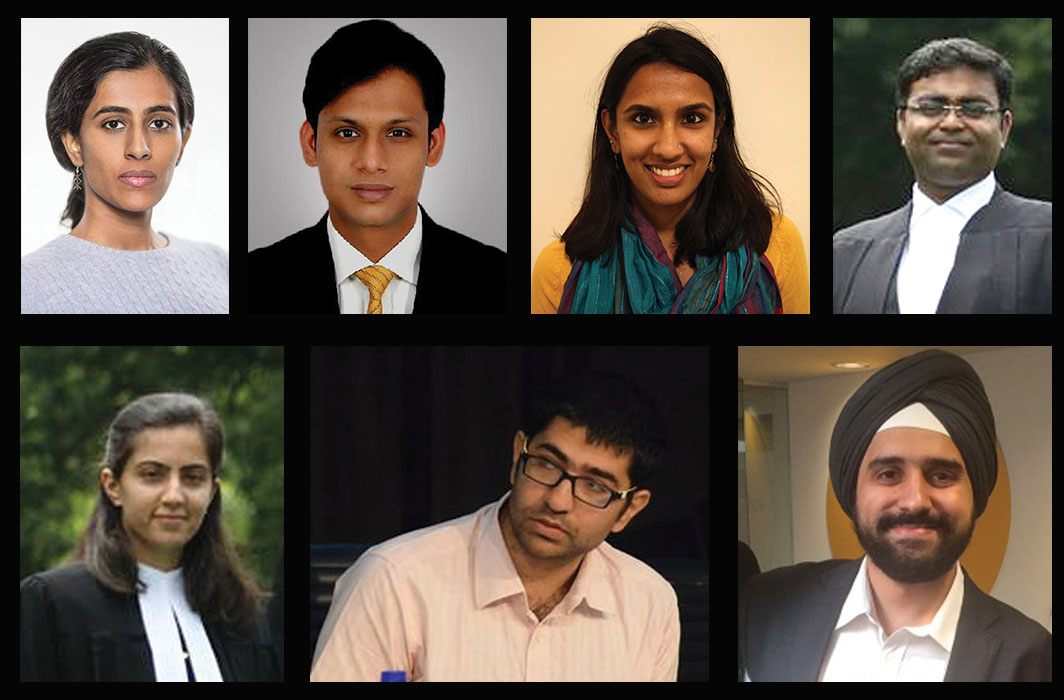 Above: (Clockwise from top left) Ujwala Uppaluri, Apar Gupta, Vrinda Bhandari, Prasanna S, Raman Jit Singh Chima, Gautam Bhatia and Kritika Bhardwaj have tried to develop their own privacy bill, based on the foundation of the Privacy (Protection) Bill, 2013

Technology has made data protection a hot button issue. Now, a group of eminent citizens, mostly lawyers, have formulated a draft privacy bill, a legal framework that protects the individual’s right to privacy, but it faces legal jurisdiction issues

Lack of data privacy is a modern day peril. Quite like the individual’s right to privacy—one that has been raised to the level of a Fundamental Right by the Supreme Court—data privacy today is prime, because technology has made our lives fully dependant on associated data. Hence, by extension of the same logic and arguments that the top court used for personal privacy, data privacy should be protected.

The methodology to be adopted, though, is not as easy to determine given the lack of legislation in the field, the improbability of existing technology to ensure complete privacy and because of legal jurisdiction issues.

Also, to what extent data privacy can and should be allowed is a legal argument that needs to be supported by other fields of knowledge. The Supreme Court decision to award privacy as a Fundamental Right will act as a plinth in determining this.

To that end a group of eminent citizens, mostly lawyers, came together and formulated a draft privacy bill with the objective of slicing through banal arguments that would ensue if this was to wait for public re-reference/debate.

The proponents—Apar Gupta, Gautam Bhatia, Kritika Bhardwaj, Maansi Verma, Naman M Aggarwal, Praavita Kashyap, Prasanna S, Raman Jit Singh Chima, Ujwala Uppaluri and Vrinda Bhandari—have tried to develop their own privacy bill, based on the foundation of the Privacy (Protection) Bill, 2013, “which was drafted over a series of roundtables and inputs conducted by the Centre for Internet and Society, Bangalore”.

In doing so the group started from what it calls “seven privacy principles”, derived from various constitutional and expert texts.

Principle 1: Individual rights are at the centre of privacy and data protection.

This says that “the individual and her rights are primary. The law on privacy must empower you by advancing your right to privacy…”including “your right to autonomy and dignity.

Principle 2: A data protection law must be based on privacy principles.

Here reference is made to the report of the Justice AP Shah Committee of Experts. It’s a method that has been left flexible, to accommodate fast developing technology. There is a reference to Moore’s Law in this. Moore’s Law has remained one of the most overwhelmingly true laws of the IT industry. Originating in 1970, it says that processor speeds, or overall processing power for computers “will double every two years”. While that has remained true till now, with the development of multiple core processors, this law too has seemingly run its course. With the world changing at such a fast pace, if the data privacy bill/law does not remain flexible, it would also be quickly consigned to a museum of laws. Hence this flexible approach will be crucial.

This is the part of establishing an oversight authority, “a strong body to ensure that the data protection rights are put into practice and enforced”. This structure has been treated for something “that works in principle and in practice.”

There is one part that says that this proposed “Privacy Commission”, has been “provided wide powers of investigation, adjudication, rule-making and enforcement. The Commission should adopt an approach that builds accountability for the rights of users by having powers to impose penalties that are proportionate to the harm and build deterrence.” This, obviously, means that it will be stepping onto the toes of other laws and that would be a rough road to navigate. However, as the group’s own philosophy says that the problem with technology oriented legislation is that it takes catching up with the progress of technology. To overcome this, the group wants to “make sure that the Privacy Code is not outdated” and hence wants to make sure that the “Privacy Commission can exercise rule making powers to give effect to the data protection principles under the regulation”.

The other part of the philosophy is of acknowledging and addressing public complaints. Hence the legal rigidity of regular acts would be dismissed. How this can work with enforcement agencies, though, will remain a matter of debate. The draft bill says that the “Privacy Commission must serve as the forum for the redressal of the general public’s grievances”, and that “Privacy Commissions should have the ability to investigate (independently through the office of a Director General), hold hearings and pass orders with directions and fines”.

That could be legal nightmare, because unlike a simple code, the bill has to pass through parliament to become an act, and legislators are the ones who have final say in remodelling an existing law. How much power they would agree to delegate is anybody’s guess.

Of course, the draft also calls for the courts to welcome public opinion. There seems to be a slight hitch in the wording, which says that “…while the Privacy Commission serves as the forum for redressal, the public should retain the remedies of approaching the civil courts (even in instances where harm is suffered by a group of people) and of filing police complaints directly”. That questions even the oversight authority of the commission. There is another objective—a hope, one would say—that the Privacy Commission must have jurisdiction over the government, as it does over the private sector. The Privacy Commission should have overriding power and superintendence over all legal entities in matter of data protection and privacy”. While this sounds good on paper, the issue of national security can override all. At this point, according to a cyber security expert, there is talk within the Indian government on how to deal with the social media messaging app WhatsApp. Technically, as the company points out, messaging through an app is encrypted (military grade encryption, it is said) end-to-end. Hence terrorist groups have zeroed in on this as a common idea exchange platform. There could possibly be restrictive legislation on this. That could strike at the heart of data privacy.

The government’s reaction, though, could become counter-productive. This could be visible in what the Justice Srikrishna-led Committee of Experts possibly could recommend.

Principle 4: The government should respect user privacy. Technically, if this bill, in its current form, has to go through parliament, members of both houses should be willing to accept that it will have no snooping powers, ever. The way the government fought tooth and nail against personal privacy in court—and the Aadhaar verdict is still awaited—this proposal seems unlikely to have an easy passage. The draft says: “It is imperative that the government, its arms, bodies and programmes be compliant with the privacy protection principles through a data protection law.”

There is a caveat within this, saying: “We support the use of digital technologies for public benefit. However, they should not be privileged over fundamental rights.” The proposal also says: “The government is responsible for the delivery of many essential services to the public of India. These services must not be withheld from an individual, due to such individual not sharing data with the government. Withholding services on the pretext of requirement of collection of data effectively amounts to extortion of consent. Individuals cannot be forced to trade away their data and citizenship at the altar of being permitted to use government services and access legal entitlements on welfare.” This will have to wait its validation or dismissal through the Aadhaar verdict.

This is another tricky issue for any government. It talks about how the Snowden revelations “brought to public knowledge that our personal data is collected in an indiscriminate manner by governments”. The draft calls this collection procedure “dragnet surveillance”, because it “contravenes the principles of necessity, proportionality and purpose limitation”. Necessity and proportionality have been argued in detail during the Aadhaar debate in court and till that verdict is out, it would, possibly, not be right to delve into this, though a recommendation for procedural safeguards might run into the same wall as in the case of encrypted software in social media apps. The draft accepts the possibility of “individual interception and surveillance”, but says “this should be severely limited in substance and practice through procedural safeguards”.

Principle 6: The right to information needs to be strengthened and protected

This basically refers to the Right to Information Act and seems completely justified, with Information Commissioners being “exempted from interference or control by the Privacy Commissioner”.

Principle 7: International protections and harmonisation to protect the open internet must be incorporated

Another contentious issue, being fuelled by the loss of face by Facebook in its effort to introduce graded access (with paywalls).

The group widens its scope in stating that “we need to be guided by the Supreme Court’s Right to Privacy decision and make reference to the European Union’s General Data Protection Regulation”. More interestingly, the group admits that every law will have certain exceptions. It says: “…but without clear wording sometimes exceptions swallow up the rule. We adopted a three part test in our drafting process in which any exceptions to these privacy principles should be: (a) worded clearly; (b) limited in purpose, necessary and proportionate to the aim; and (c) accompanied by sufficient procedural safeguards”.

On the face of it, the overall draft represents a novel and upright way of thinking, and if some of this is accepted while the government mulls the Justice Srikrishna Committee’s recommendations (expected late this month), it would be a good beginning.