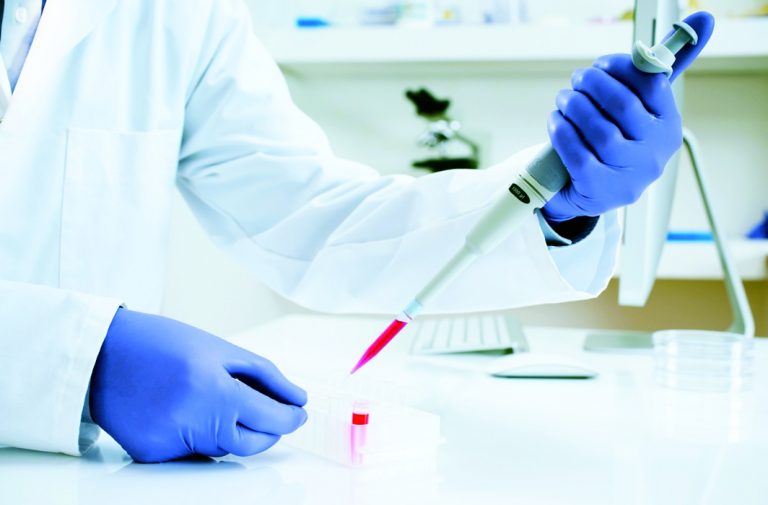 With the DNA Profiling Bill being passed, foolproof DNA technology will result not only in speedier justice delivery but also increased conviction rates

A DNA profiling bill, which seeks to control the use of DNA technology to establish a person’s identity, was recently introduced in the Lok Sabha after it was cleared by the cabinet. The bill was earlier passed in the Lok Sabha in January, but could not be cleared in the Rajya Sabha.

The Bill regulates DNA testing for identification of persons in respect of matters listed in the Schedule. This includes offences under the IPC, as well as offences under the Immoral Traffic (Prevention) Act, 1956, Medical Termination of Pregnancy Act, 1971, Protection of Civil Rights Act, 1955, and Motor Vehicles Act, 1988. Forensic DNA profiling is of proven value in solving cases involving offences that are categorised as affecting the human body (such as murder, rape, human trafficking, or grievous hurt), and property (theft, burglary and dacoity). The aggregate incidence of such crimes, as per the statistics of the National Crime Records Bureau for 2016, is in excess of three lakh per year. Of these, only a small proportion is being subjected to DNA testing. It is expected that the expanded use of this technology would result not only in speedier justice delivery but also in increased conviction rates, which was only around 30 percent in 2016.

Written consent by individuals is required to collect DNA samples from them. Consent is not required for offences with punishment of more than seven years of imprisonment or death. In case of a minor or disabled person, the written consent of the parent or guardian is required. If consent is not given, the authorities may approach a magistrate who may order taking of bodily substances of the person.

Any laboratory that conducts DNA testing and analysis to establish the identity of an individual (in respect of matters listed in the Schedule) is required to obtain accreditation from the DNA Regulatory Board. Accreditation will be valid for two years. The Board may revoke accreditation for reasons which include failure to: (i) undertake DNA testing (ii) comply with the provisions of the Act or conditions attached to the accreditation.

The central government will establish a National DNA Data Bank and Regional DNA Data Banks for each state, or two or more states, as it may deem necessary. Every DNA Data Bank is required to maintain the following indices based on DNA testing conducted by a DNA laboratory: (i) crime scene index, (ii) suspects’ or undertrials’ index, (iii) offenders’ index, (iv) missing persons’ index, and (v) unknown deceased persons’ index. All DNA laboratories will share DNA data prepared by them with the National and Regional DNA Data Banks. In criminal cases, the laboratory is required to return the biological sample to the investigating officer after depositing the DNA profile with the DNA Data Banks. In all other cases, the laboratory will destroy the sample and inform the concerned person.

DNA profiles in the crime scene index or missing persons’ index will be removed from the DNA Data Banks on the basis of a written request by the individual. The DNA profile of a suspect will be removed after the filing of a police report or as per a court order. In the case of an undertrial, the DNA profile will be removed on the basis of a court order. The Bill provides for a DNA Regulatory Board, which will supervise DNA Data Banks and DNA laboratories. The secretary in the Department of Biotechnology will be the ex-officio chairperson of the Board.

The penalty for various offences such as: (i) unauthorised disclosure of information from the Data Bank (ii) obtaining information from the Data Bank without authorisation or (iii) using DNA sample without authorisation is imprisonment up to three years and fine of up to Rs 1 lakh. Further, the penalty for intentional tampering or destruction of biological evidence is imprisonment up to five years as well as fine of up to Rs 2 lakh.

Privacy issues can be handled by adopting the best practices from the world. For instance, at the time of collection of DNA data, the person provides basic information. It does not set a limit to how long someone’s DNA will be kept on record. In countries such as the United Kingdom (UK), DNA data of a recordable off­ence can be kept for only six years. This can also be adopted in India for better results.

DNA fingerprinting was first used in forensic science in 1986 when the police in the UK requested Dr Alec J Jeffreys of the University of Leicester to verify a suspect’s confession that he was responsible for two rape-murders. Tests, however, proved that the suspect had not committed the crimes.

In India, DNA profiling has helped solve some high-profile cases. In 2007, there was the bewildering news of an individual, Rohit Shekhar Tiwari, filing a paternity suit against three-time chief minister of Uttar Pradesh Narayan Dutt Tiwari. Rohit fought an intense legal battle with his father to prove that he was his biological son. It took almost seven years for Tiwari to accept Rohit as his biological son.

Though Shekhar filed the paternity suit in 2007, it had to be re-filed in 2008 due to a technical glitch. Rohit and his mother, Ujjwala Devi, had submitted their blood samples for the DNA test in Delhi High Court in May 2012. However, it was only on May 29, 2013, that Tiwari gave his blood sample for the DNA test at his residence in Dehradun following an order from the Supreme Court. After he accepted that he was Rohit’s father, he said the case had set a precedent and “patriarchs” would not be able to get away with such denials.

DNA testing also helped solve the horrendous Sheena Bora murder case in 2015. Her mother, Indrani Mukerjea, was charged under Sections 302 (murder) and 201 (destruction of evidence) of the IPC with the help of evidence derived from DNA profiling. In a major boost for police investigations, the DNA tests on bone samples of the exhumed body of Sheena matched the DNA of Indrani Mukerjea, the Forensic Science Laboratory (FSL) in Kalina claimed. The tests also proved that the samples were those of a female. “DNA fingerprinting is foolproof evidence and fully admissible in a court of law. That Indrani is the biological mother of the deceased, whose bone samples were tested, will help the police make a watertight case against the accused,” said an FSL official.

Indrani had earlier claimed that she was the sister of Sheena. The DNA of Mikhail Bora, Sheena’s brother, was mapped and compared with Indrani’s profile. “We have conclusively proved that Indrani is the biological mother of Mikhail,” the official said.

FSL in Mumbai receives up to 175 cases of DNA fingerprinting every month, and it helps solve many cases of mutilated remains, murder, rape cases, paternity and maternity disputes and wildlife identification.

Hopefully, DNA profiling will lead to a speedier justice system.