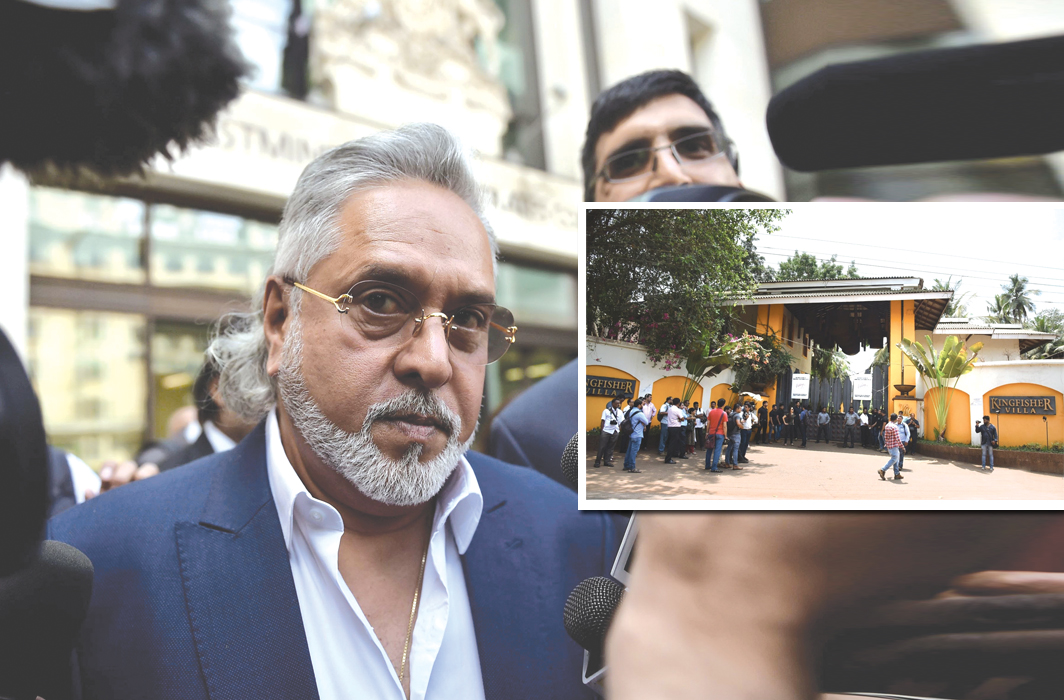 The tough provisions in the new law are expected to force fugitive millionaires to return home and face trial. The first official move was made against flamboyant ex-liquor baron Vijay Mallya

There is a new breed of business class travellers flying out of the country; who go on a one-way ticket, hoping they will never have to come back. The trend started with Lalit Modi fleeing to London in 2010. Two years back, Vijay Mallya followed even as the centre was about to begin proceedings against him for defrauding public sector banks to the tune of over Rs 9,000 crore.

The latest to join the group is Nirav Modi and Mehul Choksi of the infamous Rs 13,000 crore PNB scam, and India is still reeling from the impact. With such incidents occurring with increasing frequency in recent times, it has become clear that the existing legal framework is not well-equipped to effectively deal with the magnitude of the problem. In fact, it is stirring chances of the occurrence of greater financial frauds with no accountability or deterrence whatsoever.

To deter such absconding economic offenders from undermining the rule of law by defying the legal process and remaining outside the jurisdiction of Indian courts, the Fugitive Economic Offenders Ordinance, 2018 was promulgated by the President of India on 22 April 2018.

The Ordinance aims to aid law enforcement agencies to force economic offenders, who have fled abroad, to return home and face the law by proceeding to attach and confiscate their properties and proceeds of crime. With such promulgation, India is now at par with the global standards of financial crime deterrence as envisaged in the United Nations Convention against Corruption (which was ratified by India in 2011). The Convention recognises a very distinct approach to asset recovery, “non-conviction-based asset confiscation”, which the Ordinance has effectively adopted. This approach allows for assets of an economic offender to be seized, not only in the absence of a criminal prosecution but importantly using the civil standards of proof (preponderance of probabilities).

Presently, the Ordinance provides that in the proceedings before the Special Court, if an accused is allowed to appear through his counsel, it may defeat the fundamental purpose of the Ordinance by granting sufficient time to the accused to prepare his case without returning to India. Further, issuance of an arrest warrant is a pre-requisite to initiate proceedings under this Ordinance which can take several months due to the complexity of procedures in obtaining the same.

Nevertheless, the Ordinance is definitely a positive and progressive step towards competing with other jurisdictions with regard to economic offences and does a commendable job in rectifying the lacunae in the existing Indian laws relating to fugitive economic offenders, providing respite to banks and financial institutions to proceed against such offenders.

However, to what extent the Ordinance can rectify the existing lacunae is debatable as it only acts as a deterrent against fugitive economic offenders. Offences for which he may be prosecuted also continue to be a matter of trial under the relevant statutes, such as IPC, PMLA, etc.

It is yet to be seen whether the threat of confiscation and sale of property and barring of remedies in civil proceedings is sufficient in prosecuting fugitive economic offenders and alleviating severe economic offences in India.

The first application was recently filed by the Enforcement Directorate against Mallya before a Special Court under the provisions of this Ordinance. As per reports, the Directorate will proceed to confiscate Rs 9,000 crore worth of assets if Mallya is declared a fugitive economic offender under the Ordinance. Similar proceedings under the ordinance are also expected to be launched against other fugitive offenders like Nirav Modi and Mehul Choksi.

Bringing them to book, apart from signalling a determination to punish wrongdoers, will mean that the country has at last devised a mechanism to deal with millionaire fugitives.

—The writers are advocates at Titus and Co