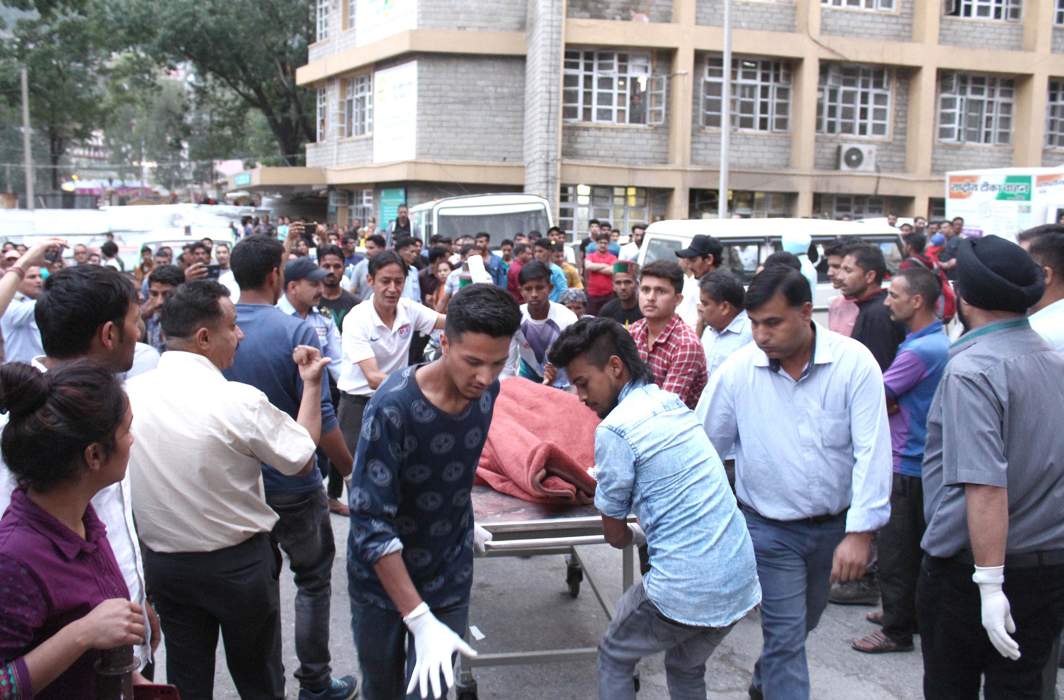 Above: Bus accident victims being taken to a trauma centre in Kullu, Himachal Pradesh/Photo: UNI

A Lok Sabha MP has introduced Good Samaritan Bill which was brought up in 2014 too but failed to take off. But Karnataka adopted it and it is time that other states too come on board

The Good Samaritan is a term from the Bible that is now being adopted worldwide to help accident victims. In this context, he or she is someone who helps victims without fear, favour or expectation of rewards.

Ernakulam MP Hibi Eden introduced a Bill by the same name in the Lok Sabha in July. A similar bill was introduced in 2014 as well, which resulted in at least one state adopting its basic principles and converting it into a law.

The Good Samaritan Bill, 2019, demands that “every hospital and medical practitioner” providing emergency medical treatment to an accident victim should do so without trying to make it a medico-legal case requiring prior information to the police. That can follow but it should not be the first or even a prior requirement and both the hospital and the Good Samaritan should get the protection of law. Hospitals and doctors should, at the same time, not ask for an advance payment as a condition to provide emergency medical aid.

The Bill proposes that a Good Samaritan should not be held by criminal or civil law—for having done an honest and commendable act. It suggests that such people should have certain rights—such as to be “treated respectfully and without any discrimination on the ground of gender, religion, nationality and caste, not be asked or compelled to file a First Information Report”, and “shall not be detained by the hospital or any police official for any reason”. One of its proposals is that a Good Samaritan should also not be compelled to either stand witness or provide evidence to the police, or reveal his/her identity, address, phone number and such other details.

Part of the concerns of Eden’s Bill have been met by an amendment to the Motor Vehicles Act passed by the Lok Sabha in this session. The amendment moved by transport minister Nitin Gadkari has a similar Good Samaritan clause which says “a good Samaritan is a person who renders emergency medical or non-medical assistance to a victim at the scene of an accident. The assistance must have been (i) in good faith, (ii) voluntary, and (iii) without the expectation of any reward. Such a person will not be liable for any civil or criminal action for any injury to or death of an accident victim, caused due to their negligence in providing assistance to the victim”.

What then is the need for Eden’s Bill? “The main difference lies in the fact that if the Good Samaritan Bill is passed, it will become a standalone law to be respected by all states, whereas the Motor Vehicles Amendment Act has to be adopted by each state, which may or may not happen. Motor vehicles is a state subject and some of the provisions of the central act may not be feasible for states like the heavy fines imposed in Gadkari’s bill,” explained lawyer NK Sharma who deals with accident cases at the district court level.

An earlier attempt to push through the Good Samaritan Bill in 2014 had failed. Karnataka, however, became the first state in 2016 under Chief Minister Siddaramaiah to pass it. Accommodating almost all the provisions now being proposed by Eden, the Karnataka Good Samaritan and Medical Professional (Protection and Regulation during Emergency Situations) Bill was passed in 2016 in the assembly. It received the president’s assent in 2018.

The salient provisions of the Karnataka Act are:

And how did the whole concern about the Good Samaritan start in the first place? In 2016, the Supreme Court passed a judgment in a SaveLIFE Foundation case in which it suggested guidelines and standard operating procedures to save the Good Samaritan from harassment. The Karnataka Bill expanded upon it and now Eden is seeking to make the same a Union law.

In the Supreme Court, the SaveLIFE Foundation had argued its case with great care, collecting figures and data on deaths, number of accidents and how people reacted to a situation where they had to help a victim. It also laid bare the attitude of the police and hospitals and medical professionals. In a first of its kind nationwide survey on “Impediments to Bystander Care in India”, the SaveLIFE Foundation found that three out of four people hesitate to come forward and help injured victims. Most of them attribute it to the harassment they may face from the police and a general apathy towards a fellow
human being that unfortunately prevails in our country.

The SaveLIFE Foundation was founded by Piyush Tewari of Bengaluru who lost a family member in 2008 due to public apathy after an accident. He approached the Supreme Court in 2012 and as a result, the apex court took the issue seriously and the rest followed.

The Karnataka Act also talks about the “golden hour”. This refers to the hour immediately after an accident in which the victim may have the most chances of survival if he receives medical care. This is a crucial guideline for hospitals in the vicinity of highways and accident-prone zones. They are now dutybound to provide immediate medical care without waiting for the police to register a case or letting time elapse, which may ultimately prove crucial.

The Lok Sabha has for its consideration a bill which has been implemented by one state and which has crucially been suggested and guided by the Supreme Court. It’s time has come and members have an opportunity to make a difference.