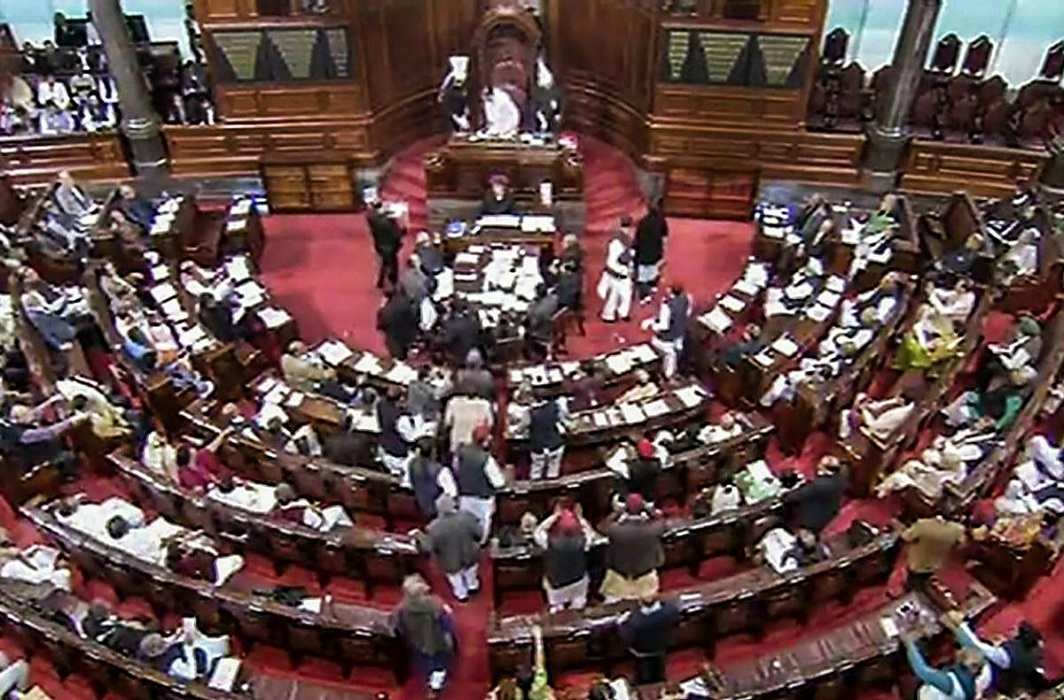 The recently concluded monsoon session has been seen as the most productive with the passage of many bills. Continuity of government and Opposition cooperation helped

It is a claim made universally, but grudgingly acknowledged by some. The recently concluded first session of the 17th Lok Sabha and the corresponding 249th session of the Rajya Sabha have been the most “productive”.

However, not all saw it that way. Some leaders of the Opposition in the Rajya Sabha presented a letter to the chairman of the House on July 25 objecting to the “hurried” passage of Bills without adequate scrutiny in the ongoing Parliament session. Derek O’Brien of the Trinamool Congress observed: “Three days, three bills. It’s like delivering pizza.”

On July 29, Chairman of the Rajya Sabha Venkaiah Naidu made a detailed observation regarding grievances about the “hasty” passage of the Bills. He said: “As the Chairman of the Rajya Sabha, I can only speak for the last two years I have presided…. as far as referring the Bills to the concerned Department-related Parliamentary Standing Committees for a detailed scrutiny is concerned, [during] 244th to 248th Sessions, ten Bills have been first introduced by the Government in the Rajya Sabha. I am happy to inform you that as the Chairman of this august House, I have referred eight out of those ten Bills to the respective Department-Related Parliamentary Standing Committees, though it is not mandatory to do so; it is advisable, and at times, that is the wish of the Members also. The other two Bills, related to the inclusion of some more groups in the category of Scheduled Tribes, were not so referred, as they did not warrant a detailed scrutiny by the Standing Committee.  And, I am just reminding the Members that those two Bills were unanimously approved by the House without any discussion, with the consent of all. So, there was no justification in sending them to the Standing Committees. The Motor Vehicles (Amendment) Bill, as received from the Lok Sabha, after detailed scrutiny by the concerned Standing Committee and passage by the other House, was again referred to the Select Committee of the Rajya Sabha. I hope that all of you would agree that such a record would not justify the allegation, if it is so intended that the Rajya Sabha is a party to hurried legislation. There has been approval by the Standing Committee, then, by the Select Committee. But, still, the Motor Vehicles (Amendment) Bill is yet to be passed, and it is before us. 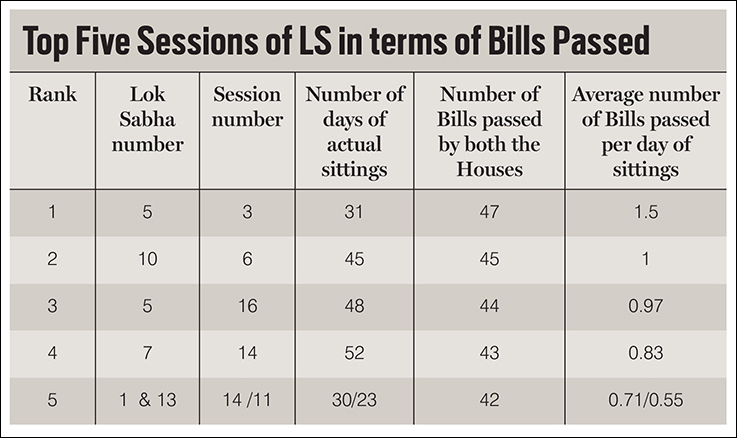 “During the current 249th Session of the Rajya Sabha, four Bills have so far been introduced first in the Rajya Sabha. Of these, three Bills have been taken up for consideration and passed. These Bills could not be referred to the Standing Committees because they are still to be constituted. The Opposition insisted on only the RTI Bill to be referred to the Select Committee of the House. Any Member or Members have got every right to demand and suggest or move amendment for reference of any Bill to a Select Committee. As I said earlier, it is for the House to decide if a Bill is to be referred to a Select Committee, and not me as the Chairman of the House. The Chairman does it only if there is a broad consensus in the House. The Fourth Bill, that is, the Insolvency and Bankruptcy Code (Amendment) Bill, first introduced in the Rajya Sabha, is still to be taken up for consideration and passing and, I am sure, the House would collectively take a view on this, as they may think appropriate. For your information, the Banning of Unregulated Deposit Schemes Bill, 2019, listed for consideration and passing in Rajya Sabha, as passed by the other House, has already been looked into by the Standing Committee. Seven more Bills to be taken up in the Rajya Sabha for consideration, as received from the other House, I am told by my Secretariat, have already been scrutinised by Standing Committees.”

Let us look at the complete picture with regard to the passage of bills in the recently concluded monsoon session. It would be advantageous to analyse the historical data relating to the bills passed, in comparison with other sessions as well as the “first” session of the Lok Sabha earlier. 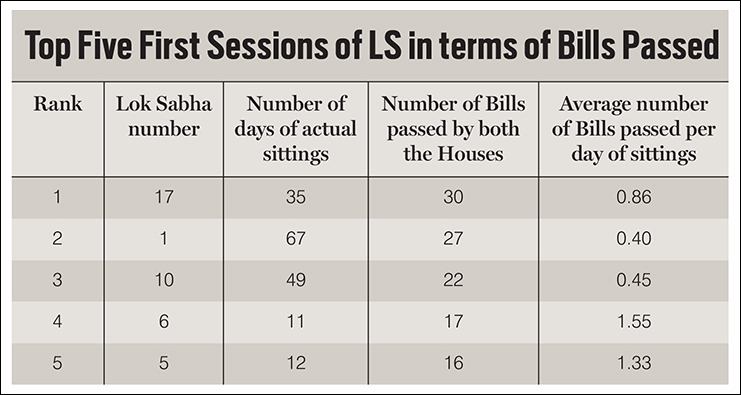 The main reasons for the large number of bills passed this time were perhaps continuity of government and the realisation by the Opposition that disrupting parliamentary proceedings is not necessarily productive at the hustings. Another factor was the non-availability of Department-related Parliamentary Standing Committees to refer the bills to. But that is nothing new. Standing Committees, which comprise members of both Houses, are periodically reconstituted, with every biennial election to the Rajya Sabha. But a major reconstitution takes place with every Lok Sabha election. It is a long-drawn-out consultative process with political parties in Parliament to provide them proportional representation, which gets complicated on account of a large number of small parties. The entire exercise takes up to two months or more.

Further, out of the 30 bills passed by both Houses during the just concluded Parliament session, 12 were tabled in Parliament during 2017-19 but lapsed with the dissolution of the 16th Lok Sabha. Moreover, nine bills attempted to replace the ordinances issued during the previous Lok Sabha. In respect of some, bills were also introduced and pending, eg., The Muslim Women (Protection of Rights on Marriage) Bill, 2019; The Companies (Amendment) Bill, 2019; and The Banning of Unregulated Deposit Schemes Bill, 2019, among others.  Five bills had the benefit of deliberations of the Standing Committee in the past such as The Motor Vehicles (Amendment) Bill, 2019; The National Medical Commission Bill, 2019, and The Code of Wages, 2019.

In the ultimate analysis, for measuring the productivity of Parliament, the number of sittings, the hours lost or gained, number of bills passed, number of questions answered, number of Calling Attention motions taken up and number of discussions held are only a primary level of criteria. At another level, the competence of the legislative pillar of democracy should be judged by its representativeness; oversight of the Executive; transparency; accessibility; accountability; institutional capacity; infrastructure; integrity; involvement in international policy and the impact of its output on the quality of life of the people.