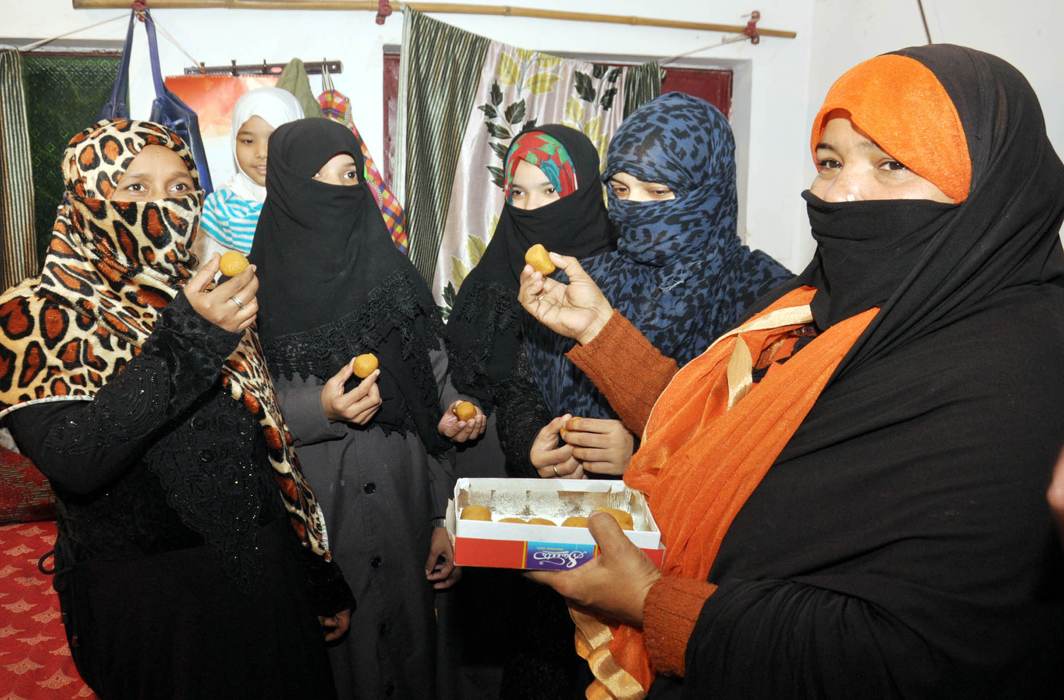 Several opposition parties made a show of opposing the bill and walked out of the house as the Rajya Sabha passed by a simple majority the bill banning the practice of instant triple talaq, thus giving the government a major and unexpected victory.

Fierce opposition to the bill was limited to the Congress and the Trinamool  both of which demanded that the bill be sent to a parliamentary party for scrutiny, but the walkout meant that the government had its way, with 99 votes for 84 against the bill.  “An archaic and medieval practice has finally been confined to the dustbin of history! Parliament abolishes Triple Talaq and corrects a historical wrong done to Muslim women. This is a victory of gender justice and will further equality in society. India rejoices today!” Prime Minister Narendra Modi tweeted.

The numbers  came in favour of the government  when the AIADMK, Janata Dal (United), BSP and Talangana Rastriya Sami8ti stayed away fom the house bu there were also absemntees from the Samajwadi Party, TDP, YSR Congress and the RJD. The Biju Janata Dal (BJD), with seven members, voted for it.

Earlier, introducing the Bill in the Rajya Sabha on Tuesday, Law Minister Ravi Shankar Prasad had said that though the practice had been banned in many Islamic countries, India had not done so despite being a secular nation.

The Muslim Women (Protection of Rights on Marriage) Bill, 2019, bans instant triple talaq and makes the practice a punishable offence under the Indian Penal Code. The Bill makes all declaration of talaq, including in written or electronic form, to be void and illegal. It defines talaq as talaq-e-biddat or any other similar form of talaq as the practice under Muslim personal laws where pronouncement of the word “talaq” thrice in one sitting by a Muslim man to his wife results in an instant and irrevocable divorce. It makes declaration of such talaq a cognizable offence – where the accused can be arrested without a warrant, and liable to a punishment of three years imprisonment and fine.

The offence, however, will be cognizable only if information relating to the offence is given by the woman against whom talaq has been declared or any person related to her by blood or marriage. A woman against whom talaq has been declared is entitled to subsistence allowance from her husband for herself and for her dependent children. The amount of the allowance will be determined by a magistrate.