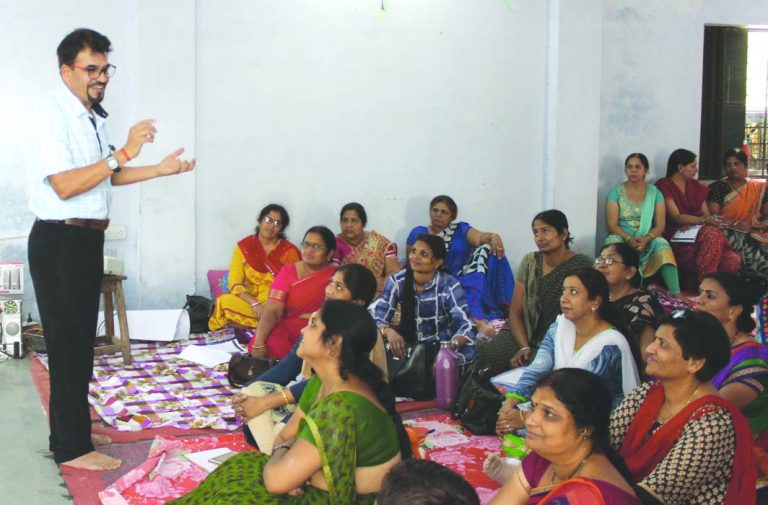 Above: Rajasthan government employees at a workshop on education/Photo: UNI

Though Rajasthan Guaranteed Delivery of Public Services Act was enacted in 2011 to make governance accountable, the state government has received a whopping 5.81 crore complaints about deficiency in services in various departments

~By Prakash Bhandari in Jaipur

It is governance at a standstill. Though the Rajasthan Guaranteed Delivery of Public Services Act was enacted in 2011, matters have hardly moved for the population of 7.5 crore. Due to poor delivery of public services and lack of implementation of the Act, the state government has received 5.81 crore complaints in seven years from citizens demanding services to them be rendered within the stipulated time limit. Though this Act has a provision for penalising erring officials who fail to deliver the services, just over Rs 23,000 was recovered as penalty on officials. 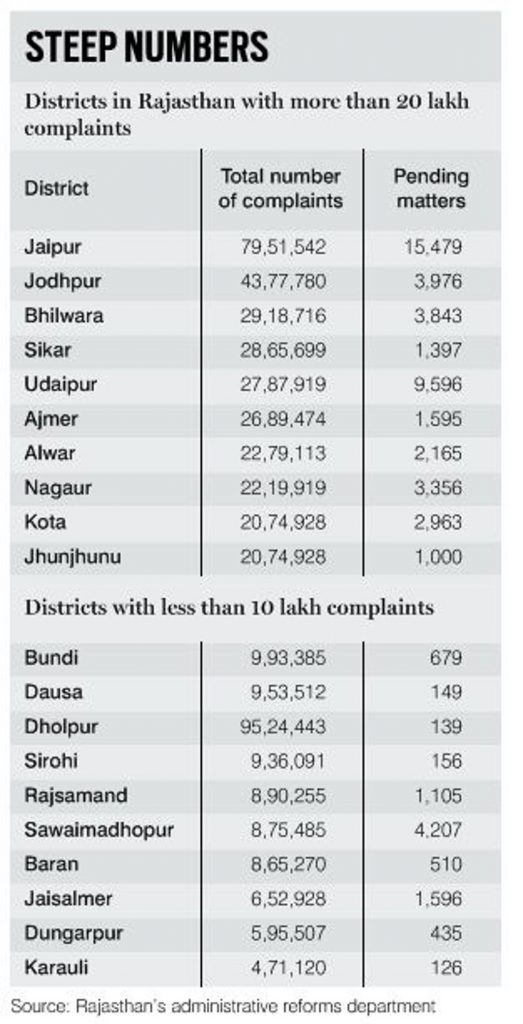 The Congress government in November 2011 introduced this Act in the state with all good intentions and to bring government employees, called “public authority”, under the statute so that they would work effectively and in a time-bound manner for the interests of the people. The “public authority” includes any authority, body or institution constituted by or under any, controlled or substantially financed, directly or indirectly, by the funds provided by the state government. The “right to service” means the right to obtain a service within the stipulated time limit under Section 4 of the Act.

Under this Act, 211 services under 25 departments of the state government are covered. Ashok Gehlot, former chief minister, under whom this Act was enacted, told India Legal: “The state government is committed to ensuring a transparent and responsive administration and time-bound delivery of services to citizens. It is the statutory right of the citizens to obtain specified public services within a stipulated time and if the public authorities fail to provide such services within the stipulated period, they should be made liable to pay penalty. The huge number of complain­ants itself proves that the BJP government made a mockery of an effective Act.”

The Act also provides that if the designated officers fail to provide a service in the maximum time allowed without sufficient and reasonable cause, they will be liable to pay a penalty of no less than Rs 500. The “stipulated time limit” is the most important aspect of the Act. It guarantees speedy disposal of work that would reduce corruption. The officials are bound to speedily dispose of matters and any failure on their part would result in penalties. The penalties would reflect a poor service record and affect promotional avenues of these officers.

When the Act was passed in Nov­ember 2011, it was hoped this would lead to administration reform and result in efficient delivery of services.

Archana Sharma, a Congress spokesperson, said: “The Congress government introduced this Act with the sincere intention of making government officials accountable. The Congress educated both the officials and the citizens and the system worked well till December  2013 when the BJP came to power with Vasundhara Raje as the chief minister. By November 30, 2017, due to poor governance and the apathy of officials, as many as 5.81 crore complaints were received by the state government of delay in disposal of cases and inordinate delay in delivery of service, proving that the Vasundhara Raje government failed to deliver basic services, which is the right of citizens.”

While an official of the state government’s administrative reforms department admitted that the government had received 5.81 crore complaints, he said that by March 31, 2018, a large number of the complainants were redressed and currently only 1.33 lakh matters were pending.

But Sharma rebutted this by asking how a government that had received 5.81 crore complaints till November 2017 could dispose of so many complaints in just five months. “What is surprising is that over the seven years since the Act came into effect, only Rs 23,500 was imposed on erring officials. The Vasundhara government is misleading the people, and the Act has become a mockery in the hands of the officials.”

Interestingly, not only Jodhpur, the second largest district in the state, but also other districts such as Ajmer, Bhilwara, Alwar, Chittorgarh, Jhalawar, Nagaur, Sikar and Tonk also exceeded their population figures by way of complaints (see box). Thus, out of the 33 districts in Rajasthan, 10 districts had more than 20 lakh complainants, while 10 districts had less than 10 lakh. Out of Rs 23,500 that was imposed as penalty, the highest amount—Rs 15,500—was imposed in Udaipur district which received 27.54 lakh complaints.

What is surprising is that a large section of state government employees, whose number exceeds 20 lakh, are among those who suffered. “State government employees who sent their applications for correcting discrepancies in pay scale and other issues were among those who could not get their grievances settled in the stipulated time. Such complainants are in lakhs,” said Ram Krishna Agarwal, president of the All Rajasthan Teachers Association.