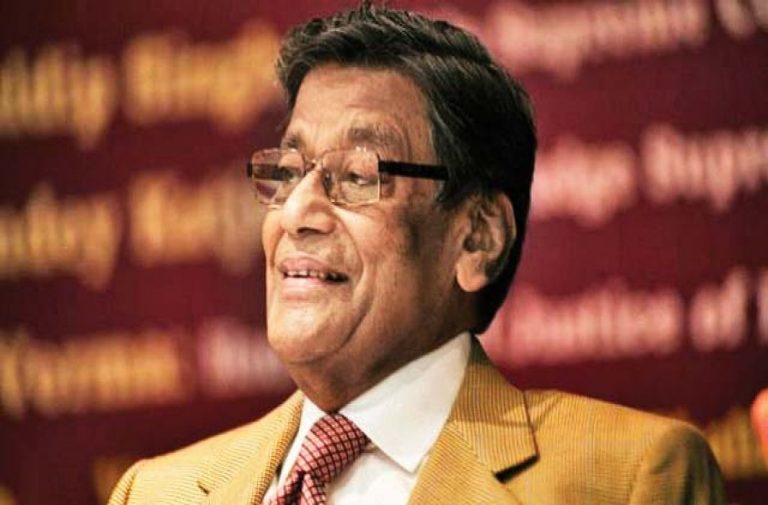 With the centre now making its submissions before the Supreme Court to defend its decision of making Aadhaar-linking with various services mandatory, the Constitution Bench will, in arguably the first such instance, be given a PowerPoint (PPT) presentation, on Thursday (March 22), by Unique Identification Authority of India (UIDAI) CEO Ajay Bhushan Pandey.

The Constitution Bench comprising Chief Justice Dipak Misra and Justices AK Sikri, AM Khanwilkar, DY Chandrachud and Ashok Bhushan, on Wednesday (March 21), accepted the request from the Attorney General KK Venugopal to allow the UIDAI CEO to explain to the court the technical details of the Aadhaar system and its safeguards.

The UIDAI is the nodal authority that issues the 12-digit biometric identity programme.

Venugopal, who made submissions on behalf of the centre in defence of the Aadhaar programme and Prime Minister Narendra Modi-led government’s insistence of mandatorily linking the system for continued access to various services, including bank accounts and subsidiary benefits, told the top court on Wednesday that “steps have been taken to protect the personal information” of citizens who have been integrated with the biometric system.

Emphasising that all necessary steps were being taken by the centre and UIDAI to safeguard data integrated with the biometric identification programme, the Attorney General said: “There are two highly technical aspects involved- one, regarding the security of data, in terms of access to the biometric and demographic database; and two, regarding the prevention of leakages in social security schemes… Between 2006 and 2016, 61 committees including Empowered Groups of Ministers and expert groups have deliberated on alternatives to Aadhaar cards such as smart cards etc…the Aadhaar is a serious attempt on the part of the government for insulating people…several countries have adopted similar systems of identification…the World Bank has, in its ‘Identifications for Development’ Integration Approach Study, investigated the various aspects of the Aadhaar regime as well those of other countries…”

Venugopal told the court that, if allowed, the UIDAI chief will address issues related to the security concerns over Aadhaar linkages through a PowerPoint presentation in the courtroom. Urging the bench to consider the request for a PPT presentation, stating that this would reduce the time of the court and will give a better understanding of what is being presented, Venugopal said: “All doubts of the judges and petitioners will be answered by CEO, UIDAI”. He suggested that two screens be put up in the court to enable the five judges as well as the petitioners to track the pointers being made in the PPT presentation.

The bench then said that it would consider the Attorney General’s request while Chief Justice Misra asked him to proceed with his submissions in the meanwhile.

Before the Attorney General began making his oral submissions, Chief Justice Misra succinctly summarised the legal arguments advanced by the petitioners over the 19 days of the Aadhaar hearing, stating that these ranged from assertions like – “I love my anonymity”, “my privacy is my treasure, why should I sell it”, “concerns over virtual mass surveillance”, etc.

Venugopal then began his arguments, basing them on the premise that Aadhaar was an effort by the government to “protect the segmented sections of society”.

“During the British-era, the rate of poverty (in India) was 66 per cent and that of illiteracy was 87 per cent…while the population between 1947-1950 was only 300 million… there were instances galore of diversion of funds by middlemen and public servants…corruption was massive”, adding that as per the report of Privacy International, India was ranked high in terms of corruption,” Venugopal said, adding: “now both (poverty and illiteracy) are both at 27 per cent.”

He said that the Aadhaar (Targeted Deliveries of Financial and Other Subsidies, Benefits and Services) Act of 2016 “was so designed that it has the lowest level of data leakage” and that there has been “no violation of the fundamental rights of people under Article 21 between 2009 and 2016 (the period during which mandatory linking was not incorporated into law but citizens voluntarily shared their biometric details for Aadhaar) because we’ve submitted ourselves voluntarily to the scheme.”

“We cannot say that because of our own voluntary acts, our fundamental rights have been violated,” Venugopal said. Drawing on the interpretation of “right to life” and the importance of this right vis-a-vis Aadhaar (since the government wants citizens to link their various services with the biometric identifier), the Attorney General said: “right to life under Article 21 has been interpreted as meaning not mere animal existence, but a life with dignity, including rights to food, shelter, employment etc.”

Justice Sikri then intervened to say: “Petitioners have raised the argument of their right to dignity while the respondents have argued their right to human dignity… the DPSPs (directive principles of state policy) require the State to safeguard and uplift the marginalised sections; there is also the right to dignity and privacy of the others. If any individual’s right to privacy is infringed, it comes in the zone of reasonable measures.”

To this, Chief Justice Misra added: “The right to privacy of an individual may be violated only as a reasonable measure, not to give way to distributive justice.”

Seeking to counter submissions made by petitioners who had argued that several poor citizens had been denied food and rations – some even reported dead of starvation – for want of Aadhaar-linking with ration cards to glitches in the biometric system, Venugopal said: “We have not received any such complaints where privacy has been infringed… Several NGOs have filed petitions, but Your Lordships have not heard a single depraved person complaining… in respect of the case of the woman who died for the want of Aadhaar, we have a counter…”

The Attorney General said further: “fundamental right has two aspects – one, the right to privacy, which is being used to challenge Section 7 of the Aadhaar Act, and two, the right to physical existence without hunger and without having to live on the pavement… in case of a conflict between the two, the latter ought to prevail… benefits to 300 million people have been given under Section 7 of the Act. There is no question of violation of fundamental rights.”

Justice Chandrachud posed the pointer: “There is no antithesis between political guarantees and economic guarantees. It is not like that there shall be the right to privacy for one section of the society and economic rights for the other. Until 2016 (when the Aadhaar Act was enacted), whosoever volunteered under the Aadhaar scheme, was basically not protected by any law as the legal protection was provided only under the act”.

Venugopal then proceeded to argue that the “Object of this act is to give directed delivery of subsidies to poor people of India as also given under the DPSPs so as to bridge a gap between rich and poor.” He read out from the written submissions regarding the objective of the Aadhaar Act – “The State is using the Aadhaar as an enabler of the right to food, livelihood, pension and other social welfare schemes including scholarships, while the petitioners are attacking the project on the grounds of privacy… in the past, the identity of the beneficiaries has failed the implementation of these welfare programmes, particularly in respect of the old and the disabled…”

Justice Sikri asked the Attorney General to explain his submission about implementation of welfare programmes failing due to creation of identities. “How can a condition of fake identity arise… under the pension scheme, it is the right of the employee to be subject to pension after rendering certain services,” Justice Sikri said.

Venugopal conceded that that “a lot of bogus identifications have been reported”.

Justice Chandrachud then asked the Attorney General to respond to concerns raised by petitioners who have sought to know from the government the state that mandatory Aadhaar-linking would leave such individuals in who suffer from dementia, or whose fingerprints can’t be recorded in the biometric system due to disability or other physical factors. “Take an example of people suffering from Alzheimer’s or dementia, people aged 80 or 90 years, or those who don’t have fingerprints… where do they go? Which bank will they go to? How can they have Aadhaar?”, Justice Chandrachud asked.

“You have to ensure that people should not suffer,” Justice Chandrachud said, adding: “How do we construe the meaning of subsidy, benefit of service under Section 7 of the Act… It would be better if the government accepts there is a problem of financial inclusion.” He then pointed out in a matter of fact manner: “A scheme always has good points as well as bad points.”

Venugopal responded with a quote from Mahatma Gandhi, stating: “The world has enough for everyone’s need but not for everyone’s greed” while referring to the problem of poverty in India and said: “poverty is unfortunate, the mere idea of poverty is violates human rights…”

Justice Sikri then asked the Attorney General what is the purpose and need of centralising all data, adding: “even if we accept all your arguments, the chances of abuse of data remain.”

The bench then adjourned the matter until Thursday.